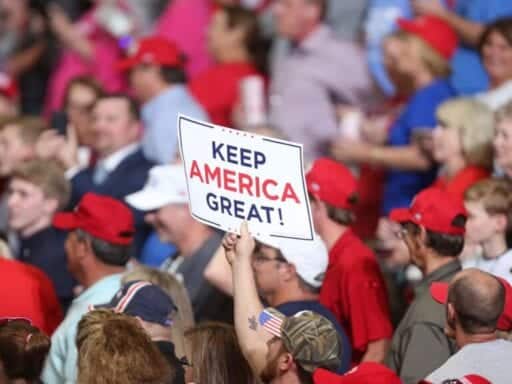 Michael Lind and I discuss class warfare, China, Trumpism, and the possibility of political compromise on The Ezra Klein Show.

Michael Lind is a visiting professor at the University of Texas at Austin, the co-founder of the New America Foundation, and an important contributor to American Affairs, a journal originally created to imagine a more Trumpist conservatism.

Lind is by no means a supporter of Trump. But, for decades now, he has been developing a coherent intellectual worldview around many of the same issues that Trump intuited, however crudely, during his campaign. He’s one of the intellectuals that the nationalist conservatives trying to imagine a Trumpism after Trump tell me they read most closely.

There are three big pieces of Lind’s thought that I think help to illuminate this era. One is his idea of the “new class war,” which builds a deep cultural component into class identity and maps much better onto populist resentment. The next is his approach to China, which has long been skeptical of Washington’s optimistic consensus. And the third is his insistence that political conflicts — be they class wars or partisan ones — don’t end in victories, they end in “settlements.”

The Machiavellians: Defenders of Freedom by James Burnham

The Rise and Fall of the Great Powers by Paul Kennedy

Lind’s writing that we discuss here:

”The Return of Geoeconomics”

If you enjoyed this episode, make sure to check out:

Patrick Deneen says liberalism has failed. Is he right?

Why my politics are bad with Bhaskar Sunkara

Kavanaugh’s high school yearbook entry, annotated
Welcome to the Museums Issue of The Highlight
Trump is getting free advertising for his golf course out of his UK trip
How police unions became so powerful — and how they can be tamed
What Joe Biden could do to bring down drug costs
A beginner’s guide to K-pop