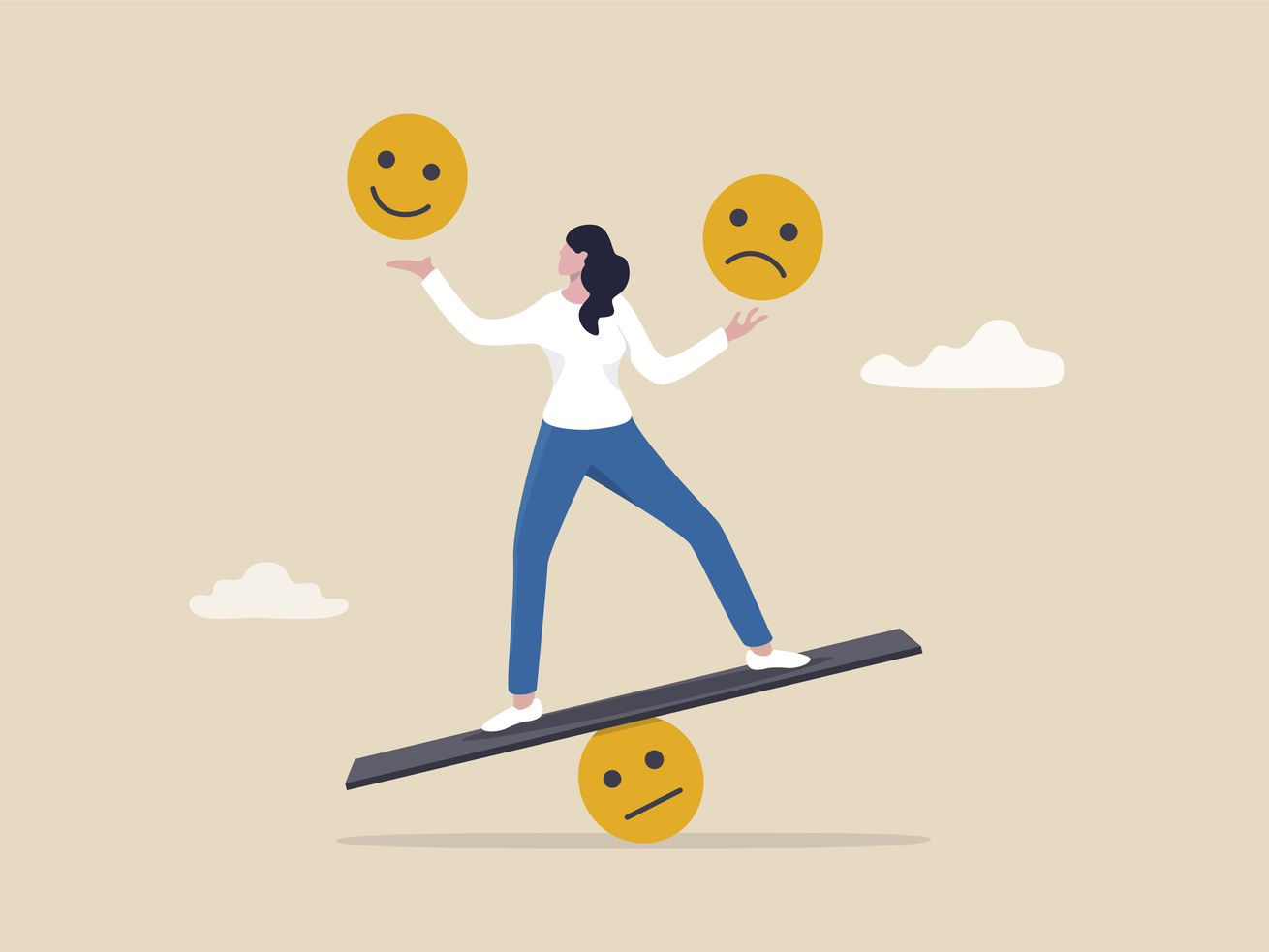 Hundreds of psychologists looked for ways to make people feel better during the pandemic — and they found one.

During the pandemic, I’ve spent a lot of time alone. I live by myself. I work from home. At times, I experienced fits of fidgetiness and restlessness, contributing to feelings of burnout.

Here’s what helped: reappraising the situation.

What I was feeling was isolation, and the loneliness that comes with it. Instead of letting it gnaw at me, I tried to remember: Loneliness is normal, sometimes even useful. I remembered that sadness existed in part to remind me of something I really value, the company of other people. I knew, when the opportunity arose, I’d reorient myself to immersion with others. And when that time came, I’d embrace it; it was a reminder that I was still capable of feeling the joy I had been lacking. And as a consolation, that felt good.

Cognitive reappraisal — sometimes called cognitive reframing — is most commonly encountered in therapy, where it’s used to regulate emotions. It’s a component of cognitive behavioral therapy, a whole suite of strategies that can encourage positive patterns of thinking and behavior.

Reappraisals are useful. But they’re not something people learn exclusively in the context of clinical care. It’s arguably a skill we all can benefit from. And by “we all,” I mean just about everyone, all across the globe.

Recently, hundreds of researchers in 87 countries published the results of the largest cognitive reappraisal study to date in Nature Human Behavior. They were asking a simple question: Could they make people feel better about the pandemic, if only for one moment in time, by teaching reappraisals? The study, which amassed data on more than 20,000 participants, came back with a resounding answer: yes.

The new study validates the concept of reappraisal. But it also suggests that it could potentially be feasible to deploy as a large-scale global health intervention.

It’s a simple skill, but it could help many people foster resilience in a chaotic world.

The peer-reviewed paper in Nature Human Behavior is the most recent project from the Psychological Science Accelerator, a group of hundreds of researchers who combine their resources to pull off psychological studies with massive participant pools and an unusually rigorous methodology.

Near the start of the pandemic, the group put out a call for project proposals to test psychological interventions that could, simply, help people feel better.

“The reason why we choose cognitive reappraisal is because it has been the most widely studied and well-understood strategy,” Ke Wang, the Harvard Kennedy School doctoral student who first proposed this massive project, explains. It’s also a strategy that people don’t always use spontaneously on their own: It helps to be taught.

(The group has two other papers testing different psychological interventions, on how public health messaging in the pandemic can influence behavior. Of note: They’re testing whether “loss aversion,” an influential idea that suggests people respond more strongly when they think they have something to lose, encourages people to protect their health during a pandemic.)

Cognitive reappraisal works because “there’s a link between our thoughts and our feelings,” Kateri McRae, a University of Denver psychologist who studies emotion and who was not involved in this study, says. “A lot of times, our feelings are preceded by certain thoughts.” So when we shift our thoughts, that can precipitate a change in our emotions.

It can be a strategy to cope with a bout of anxiety or depression, or it can just be used to foster mental health resilience. “Individuals who report greater amounts of well-being and daily positive emotion report using reappraisal more frequently than people who report daily negative emotion,” McRae says — though she adds that “there is a little bit of a chicken-and-egg thing here.” What comes first: Do positive people reappraise, or do reappraisers become positive people? “But I certainly think that most people consider it to be something that might serve as a buffer.”

Once you get the hang of the technique, it’s easy to apply reappraisal thinking to many different situations. For instance, sometimes when I felt the excruciating boredom of the pandemic winter lockdown, I tried to reappraise the feeling of boredom as peacefulness, the absence of a bad thing. “I’m lucky to be bored,” I’d think. It would make the bitter pill go down more easily.

Wang and the hundreds of other authors wanted to see if they could teach thousands of people around the world similar coping strategies, to help deal with the stress of the pandemic.

They conducted a preregistered study — meaning a study where the methods and analysis plans are locked into place before data collection begins, to help ensure rigor — and tested two subtly different reappraisal methods, targeting negative emotions associated with living through the pandemic.

The first method is called “refocusing.” It might be better described as “looking on the bright side.”

Let’s say you’re feeling sad, staying home during a lockdown. You can refocus your thoughts to some of the more positive aspects of staying at home. Like: “Staying at home is not that bad,” as Wang explains. “You may find more time to spend with your family, or do things you may not have had time to do, such as cooking.”

Another is called “reconstruing.” This goes a little beyond just looking at the bright side of any particular burden, trying to find an overall less-negative narrative to tell ourselves about the pandemic. It’s less about finding the positive in our individual circumstances and more about looking at the big picture in a new light.

In reconstruing the burdens of the pandemic, for example, you could think: “In the past, people have overcome many challenges that seemed overwhelming at the time, and we will overcome Covid-19 related challenges too,” as the study text suggested to participants.

This isn’t about becoming a blinkered robot that’s only allowed to think positive thoughts. “In our intervention, we’re not forcing them to feel positive all the time,” Wang explains. “We’re teaching them to use it to regulate emotions.” It’s about intervening when thoughts become distressing.

It’s not about never acknowledging negative thoughts, either. “I think there’s a really delicate balance between acknowledging the reality, allowing people to sometimes sit with negativity, but also realizing that positive interpretations of things are possible,” McRae says.

In the study, participants were assigned to read about refocusing, reconstruing, or two control conditions. Participants took a survey before they learned the technique to assess their baseline emotional state. Afterward, they were measured again and asked to assess their feelings overall about the pandemic, and how they are responding to it.

Also, the interventions didn’t seem to decrease willingness to engage in Covid-safe behaviors like masking. “Some people may worry that if you improve emotions, people may be less cautionary,” Wang says. “But we don’t find that in our study.”

Notably, too, the interventions — which were translated by a team of hundreds of people into 44 languages — broadly worked in every country tested, though there was some variability. The interventions were most effective in Brazil, Germany, and Hungary, and they were least effective in Russia, Romania, and Egypt. “So far, we haven’t found anything that can systematically explain what country can benefit more or less,” Wang says. (The researchers didn’t have representative samples in all the countries studied, so there could be a lot of reasons why they found the variation.)

A psychological finding you can trust

The narrower conclusion of this study, that cognitive reappraisal works, is not super surprising. “The finding that reappraisal decreases negative emotion and increases positive emotion is something that has been replicated over and over and over ad nauseam,” McRae says. “I couldn’t just get that finding published if I really wanted to, because it’s been so well-established.”

But there were aspects of the study that are new and significant. “I think this scale, scope, and timeliness to speak to the crisis we’re in right now were the most impressive parts about it,” she says.

There’s a burgeoning research movement in psychology dedicated to testing out single-session interventions, delivered either online or remotely. Mental health care is often inaccessible and expensive, so the more psychological interventions that can be unbundled from a whole suite of intensive therapy, the more good they can potentially do around the world. Many people whose distress doesn’t rise to the level of a mental health diagnosis could still benefit, the study suggests.

That said, there’s still more work to do here. Other researchers not involved in the project wish it had studied these participants over time, to see if the intervention had a lasting effect.

“A study this large would have provided a particularly informative test of whether a single-session universal intervention could exert lasting, more generalized effects,” says Jessica Schleider, a Stony Brook University psychologist who specializes in studying single-session psychological interventions. “I do think it’s scientifically valuable to know that reappraisal can provide in-the-moment support this broadly, and it can be recommended as one coping option to try for folks in distress.”

The authors of the paper acknowledge this limitation, and some others. The study had people view photos reminding them of Covid-19 stresses, which “might not represent local situations for different groups of participants,” the authors report. It also doesn’t represent all the myriad emotional triggers we encounter living during a pandemic. But most of all, they see this work as foundational for other questions.

The Psychological Science Accelerator, the group behind the massive undertaking of the paper, was launched in response to psychology’s “replication crisis.” Over the past decade, many famous psychological theories have collapsed under rigorous re-testing. As many as 50 percent of all psychology papers might not be replicable, though no one knows the true extent of the rot in the foundations of psychology. There have also been some high-profile cases of outright data fraud related to some of psychology’s most popular findings. The Accelerator, which operates on a shoestring budget (it reports that this study of tens of thousands of people cost only $17,000, much of which came from individual lab members), is seeking to rebuild the field on a firmer foundation.

It’s a “credibility crisis,” Patrick Forscher, a psychologist and member of the Accelerator who worked on the reappraisal paper, says. “Because there are more issues rather than just replicability. So my personal view is that you can look at a lot of psychological findings and just put a question mark on them — not that they’re definitely false. We know that some of the practices that were used to produce a lot of those findings are, themselves, not all that credible.”

The latest test of cognitive reappraisals puts the science of mental health interventions on a firmer foundation. Psychology encompasses a lot of flimsy ideas that claim to make your life better. Here’s one that seems to actually work.