What does Alexandria Ocasio-Cortez’s win mean? There’s a debate. 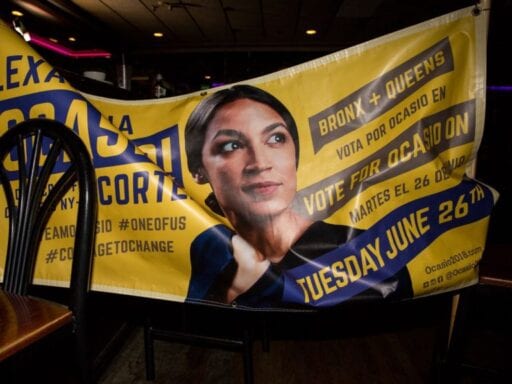 But one Democratic senator, Illinois’s Tammy Duckworth, says not so fast.

“I think it’s the future of the party in the Bronx, where she is,” Duckworth said on CNN’s State of the Union, over the weekend. “I think that you can’t win the White House without the Midwest, and I don’t think you can go too far to the left and still win the Midwest.”

Duckworth added that where she’s from the message has to be directed to “the industrial Midwest.”

Ocasio-Cortez, 28, is a former Sen. Bernie Sanders presidential campaign organizer, and ran on a platform of Medicare-for-all, universal jobs guarantee, abolishing Immigration and Customs Enforcement (ICE) force, free public university and trade school, and campaign finance reform. She beat Crowley, the fourth-ranking Democrat in the House, by 15 points in a New York City district that covers the Bronx and part of Queens.

Duckworth, a first-term senator from Illinois, who ousted an incumbent Republican to win the Illinois Senate seat in 2016, isn’t the first to warn the party against reading too much into Ocasio-Cortez’s win. House Minority Leader Nancy Pelosi made a similar remark last week.

“They made a choice in one district,” Pelosi said last week. “So let’s not get yourself carried away as an expert on demographics and the rest of that within the caucus or outside the caucus.”

Is the Democratic Party’s future with the left? It’s a huge debate.

The comments are reflective of some serious divisions among Democrats over the future direction of the party. When Hillary Clinton overcame a credible and unexpected challenge from democratic socialist Sanders, only to fall short to President Donald Trump, the most unpopular Republican nominee in history, Democrats were faced with some serious soul-searching. It prompted what has been a seemingly never-ending re-litigation of the 2016 primary — and the “Bernie would have won” rallying cry.

To be clear, Ocasio-Cortez says she is not “trying to impose an ideology on all several hundred members of Congress,” rather, she argues it is about “selling our values.”

But this debate of “what does Ocasio-Cortez’s win mean?” is one that speaks to an important question for Democrats leading into a midterm election year and the 2020 presidential cycle: Is there a universal party platform that can win the Trump-hating-but right-leaning wealthy suburbs, the white working class, and people of color?

Ocasio-Cortez is an interesting case study: She was able to harness both “identity politics” as a young woman of color and the left’s economic platform, by making the case that a woman of her Puerto Rican background and with her ideas should be at the table. She managed to win across demographics in her district.

Already it looks like many Democratic party candidates have undoubtedly moved to the left on Medicare-for-all, the $15 minimum wage, and immigration. But there’s still some worry among the party’s more entrenched leaders: How far is too far?

As for the Midwest, Ocasio-Cortez has a simple comeback for Duckworth.

“We then lost several of those states in the general. What’s the plan to prevent a repeat?” she asked.