What does “shelter in place” really mean? 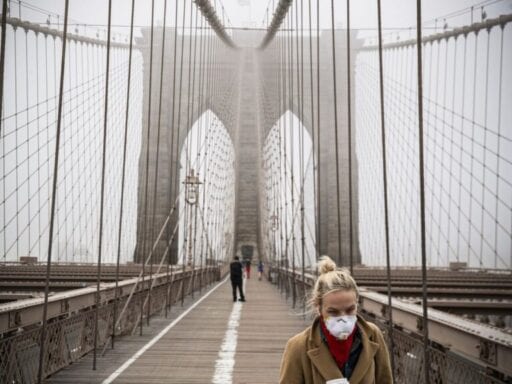 It’s not as bad as it sounds, according to an expert.

All are examples of dramatic action, often called “shelter in place,” in response to the coronavirus pandemic. It’s worth noting, though, that Cuomo specifically declined to use the words “shelter in place,” saying it caused more panic than was necessary. “Words matter,” he said, according to the New York Times.

So what do these words, in particular, mean? Vox talked to Wendy Mariner, the Edward R. Utley professor of health law at Boston University School of Public Health, to help bring some clarity.

What exactly is “shelter in place”?

While it sounds official, “‘shelter in place’ is not a legal term,” Mariner says. It’s a shorthand for public announcements to convey a set of restrictions, but on its own, it has no set definition of what is allowed.

The terms of each shelter-in-place announcement are spelled out through the specific protocols of a city or state. Keeping 6 feet apart is a good example of one instruction that might be included in such an announcement.

Ultimately, the intent of the protocols is to “decide what people should and shouldn’t do based on a particular threat to the public,” says Mariner.

As an example, she says that after the Boston Marathon bombings in 2013, while law enforcement searched for the suspects, there was a shelter-in-place protocol that people stay off the streets in order to be out of the line of fire.

With the coronavirus, the intent is to maintain social distance. When thinking about what you can and can’t do in these instances, think about it through that lens.

Who can declare a shelter in place?

Ultimately, the state has the power. But cities and towns can take individual action if they have prior authority from the state government. For example, Los Angeles county officials had announced a “safer at home” order right before Newsom made one for the state of California.

How are shelter-in-place rules enforced?

Shelter-in-place protocols are an official order, but they’re not easy to enforce — in part because of the human capital that would be needed to check up on every single individual.

“All large-scale measures present obstacles to enforcement,” Mariner says. California’s order does mention that the state will take steps to ensure compliance and that it’s enforceable pursuant to state law, but it makes no mention of penalties. In a news conference quoted by the Associated Press, Newsom says he doesn’t expect police will be needed, as “social pressure already has led to social distancing throughout the state.”

Can I leave the house?

A shelter-in-place order doesn’t mean that everybody has to be strictly homebound. Exemptions are usually made for essential services such as food, medicine, and health care, Mariner says, and staff for essential operations, like utility and communication companies, are still expected to go to work. (There’s already jostling among companies for what counts as essential; Polygon reported that GameStop is arguing it’s essential because it sells webcams and other tools useful for working from home.)

California’s order lays out what will remain open within the state: gas stations, banks, pharmacies, laundry services, and various food-related operations (such as grocery stores, farmers markets, food banks, convenience stores, and takeout and delivery restaurants). It also says that if people need to go out, “they should at all times practice social distancing.”

“It doesn’t sound draconian because it allows people to do what they need to do, just not everything that they like to do,” Mariner says.

None of the current restrictions prevent you from having someone in your home or from driving to someone else’s, says Mariner. Child care is listed as an essential service in some orders, like New York’s. That said, it’s up to you, your family, and your child care provider to decide how social distancing should work in this situation, and what’s ethically sound for everyone involved.

Does shelter in place prohibit long-distance travel, like driving, or prevent people from leaving the state?

None of the recent orders have mentioned anything about prohibiting driving. Essential workers still have to travel for their jobs and for services. Plus, a car is an enclosed space and maintains social distance, Mariner says.

The Chicago Tribune reported that per Pritzker’s Illinois orders, “all local roads, including the interstate highways and tollways, will remain open to traffic.” Cuomo also reiterated that roads would stay open.

What about things that are important but not necessarily essential? Can I walk my dog? Drive to my local park? Help a neighbor in need?

Mariner says it’s about respecting the intent of the order and thinking about what enforcement mechanisms exist. There’s no reason a person couldn’t walk, since “you won’t touch anyone,” she says. It’s the same with driving to the park. It’s your car; once you’re there, it’s about maintaining distance.

If your neighbor needs help, she says, “then you help. I can’t imagine anyone faulting you for that.”

As for the care of your pets, Newsom addressed that his press conference, saying that people “can still take their kids outside. … You can still walk your dog.”

For more about social distancing and the coronavirus pandemic, visit Vox’s guide.