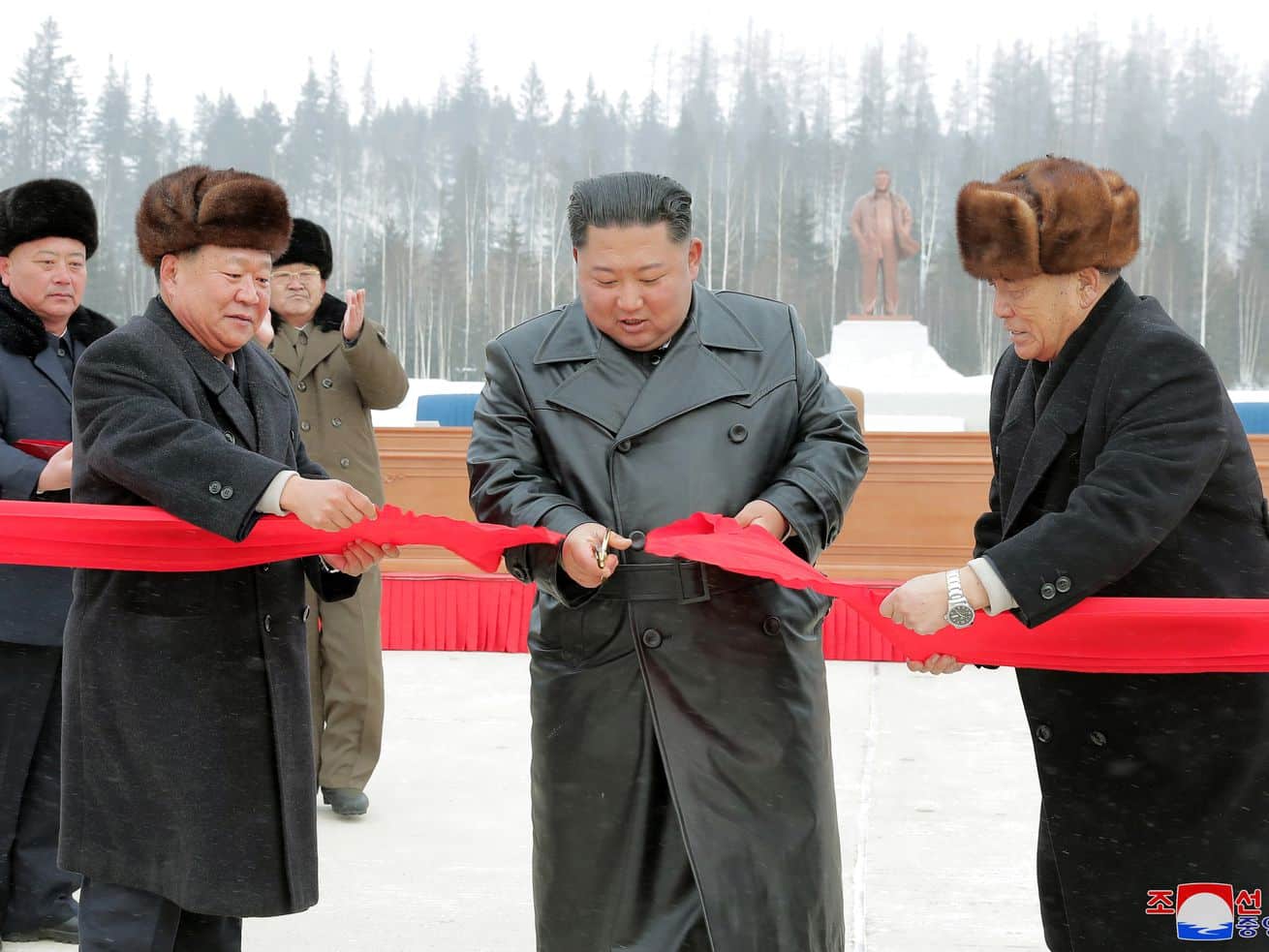 The North Korean leader appointed a new “representative” to the ruling party, indicating the dictator’s willingness to delegate.

North Korean leader Kim Jong Un is rewiring his nation’s government to operate less like a dictator’s playground and more like an organization that can handle multiple crises at once.

According to reports this week from CNN, Reuters, and other media outlets, Kim appointed a de facto second-in-command back in January to help lead the country’s ruling Workers’ Party of Korea. As “first secretary,” a title Kim himself held from 2012 to 2016 (he assumed the grander role of “general secretary” in January 2021), this as-yet-unknown person will serve as the despot’s “representative” to the WPK.

Experts were quick to say this person won’t actually be North Korea’s second-in-command. It’s at best a kind of executive secretary role, someone who has the authority to handle day-to-day party operations but not the power to make key decisions without the boss’s say-so.

“It means no change to [Kim’s] status as the supreme leader of North Korea, but it will mean a change in his leadership style,” said Rachel Minyoung Lee, a Seoul-based fellow at the Stimson Center think tank in Washington, DC. In fact, “Kim technically always has had a ‘second-in-command’ in every party, state, and military institution,” she added.

The new and unprecedented role, then, isn’t really about some already prominent North Korean official gaining more authority. Rather, it’s Kim’s latest reform to ensure his regime can handle all affairs of state without his consistent, direct input.

“It should suggest to us that Kim is doing things internally,” said Ken Gause, director of the adversary analytics program at the CNA, a Virginia-based think tank. “He’s changing this regime and making it a more normalized organization.”

Why Kim is reforming his government

Kim has made big changes to North Korea’s leadership before, experts said, including moves to rein in influential regime bodies, namely those in the security apparatus and the shadowy Organization and Guidance Department.

Previously, when Kim’s grandfather and father ran North Korea, those in uniform and other high-level officials influenced the country’s direction. The ruling family, at times, worried that some of them were plotting coups or taking too much power for themselves, occasionally leading to their brutal executions.

So, making changes to North Korea’s leadership structure isn’t necessarily new for Kim. But few are certain as to why he authorized a new first secretary now, though analysts have some ideas.

The first is that North Korea faces many crises, from a devastating coronavirus outbreak to a crushing economic collapse. To handle just those two problems, let alone all the challenges facing the country, Kim can’t follow the old playbook of making every single policy decision. It now seems he wants to set the strategic direction for the nation by letting his aide know exactly what he wants and trusting them to carry out the tactical decisions.

This has the added bonus of signaling to the outside world that Kim is a reformer with modern-day ideas. “We should view this as North Korea’s attempt to make Kim seem more like a ‘normal’ leader who rules through and with the party and not a lone dictator,” said Stimson’s Lee, who also noted that “in recent months, top North Korean party officials other than Kim Jong Un have led some party meetings.”

The second is that Kim has long said he wants to reform North Korea’s economy. But the problem, CNA’s Gause told me, is that any changes Kim makes won’t stick for the long term if the government is incapable of running without his constant input. Having a trusted official to help oversee the moves he makes, then, can help turn Kim’s economic dream into reality. “If they continue the way they had in the past, they will fail,” Gause said of the North Korean regime. “They are maturing and they are changing.”

The third reason may be a long-term play. It’s an open secret that Kim has health problems — he’s overweight, and a smoker. Gause suggested Kim may want to ensure he has a government in place that can continue to function should he die prematurely. That doesn’t mean he’s planning for a North Korea without a Kim family member in charge, but rather that he may envision a regime capable of working even in the temporary absence of a dictator.

In my book “The Great Successor,” I wrote that Kim Jong Un’s biggest risk factor was his obvious poor health — and in particular the risk of cardiac problems.

As of now, it’s unclear who will assume the first secretary position. Most experts think it will be a confidante of Kim’s and someone who serves on the five-member presidium, a committee made up of top members of the ruling party. Reports suggest Jo Yong Won, who is close to Kim and believed to be in his mid-60s, could get the job or may have it already.

Put together, all of this means two key things: Kim seems to have the future of his nation in mind, and he’s supremely confident in his own leadership. He’s not giving up his power — he’s shoring it up.

It’s official: Sen. Claire McCaskill will face conservative Missouri AG Josh Hawley
Chuck Schumer warns that delays to stimulus will disproportionately hurt black Americans
A conservative activist is under fire for calling out Republicans on coronavirus spread
The five most important words in Michelle Obama’s 2020 DNC speech
The robot revolution will be worse for men
Trump’s Nevada rally was an exercise in delegitimizing voting — and denying reality