What teen investors learned from the GameStop frenzy 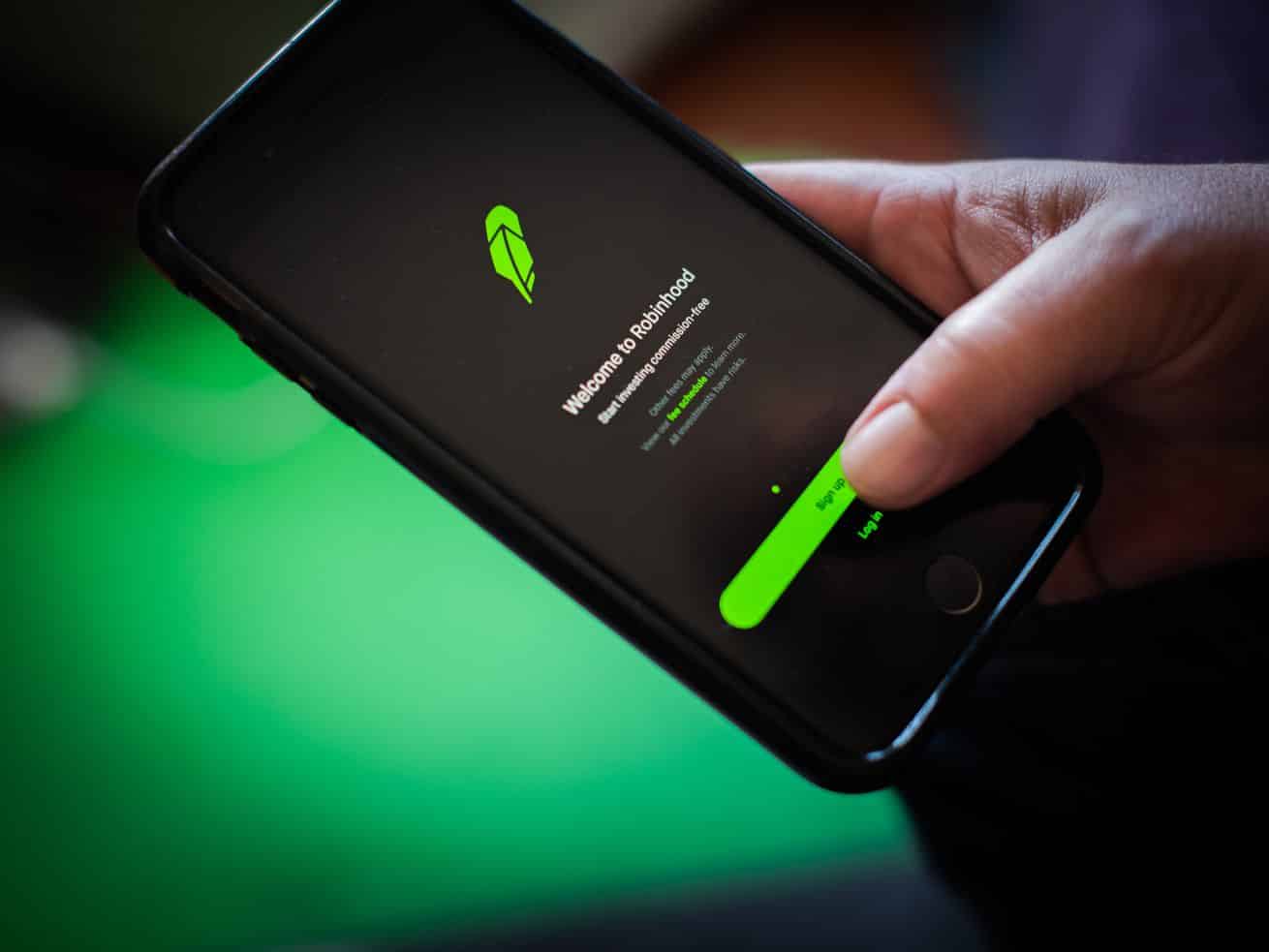 The unprecedented stock rally was a thrill — and a cautionary tale — for young people making investment decisions.

Sophia Coffey, a 19-year-old student at Arizona State University, scooped up 185 shares of AMC Entertainment over the course of the Covid-19 pandemic. For about $2 to $7 per share, she was betting that the movie theater chain would financially recover after the pandemic. To her surprise, the investment paid off before Covid-19 restrictions were lifted: The GameStop stock frenzy catapulted the value of $AMC to $20 per share by late January, as amateur investors organized to artificially increase the market performance of some declining companies, including AMC. Coffey decided to sell a few days later before it sank, which produced about 400 percent gains, but she’s still holding on to about 85 shares in case the value of AMC surges once theaters reopen.

The GameStop saga, which was initiated by a contingent of traders from Reddit’s r/WallStreetBets forum, has invited overwhelming attention — and scrutiny — to the world of day trading and the motivations of young investors like Coffey. Of particular interest are the online communities that power these risk-eager cohorts of traders. On platforms like TikTok, Reddit, and Discord, people dish out bite-size investment knowledge, questionable advice, and memes. These spaces, like most subcultures on the internet, communicate through niche lingo, and from an outsider’s perspective — namely Wall Streeters and the financial press — it’s easy to conflate these memetic tendencies with a lack of knowledge about the stock market.

Members of Gen Z might be the youngest investors to enter the market, but most abide by the financial basics endorsed by the baby boomers, Gen Xers, and millennials that came before them. They read Warren Buffett, open retirement accounts, and aim to diversify their portfolios. But unlike their elders, more young people seem aware of the direct impact social media could have on the stock market, and how the market is not an accurate reflection of Americans’ financial realities.

The GameStop short squeeze has taught young, interested onlookers a few things about markets: Everyone — hedge funds, asset managers, banks, and brokers — is trading for profit, and those least likely to succeed are the small private traders. They also largely realize that it’s unlikely that low- or no-fee trading apps will allow such a rally to happen again. But when you’re a teenager, these events are exhilarating, and “fuck the system” can sound like a good rallying cry to get behind.

“I think teenagers are aware that there is some sort of market manipulation happening on Wall Street,” said Kiran Boggs, a 17-year-old high school senior who runs the @generationzillionaire Instagram page and posts finance-related news, tips, and memes for a Gen Z audience. “After seeing what r/WallStreetBets could accomplish, I think more people are now interested in investing, whether that be passive or really risky investing.”

The teenagers I spoke to were primarily risk-averse investors. While they enjoyed occasionally indulging in a “meme stock” or two, just to partake in the trend, most aimed to be thoughtful about their investments, hedging their portfolios on decades’ worth of growth. “I wish there was more promotion of long-term investments,” Coffey told me. “I know some kids who are making poor investment decisions thinking they can quickly gain money. I’m definitely not that way.”

Her mindset is not reflective of all young traders, especially newcomers to the digital trading floor by way of no-fee apps like Robinhood and Acorns. These platforms have made investing accessible and easy for regular people; increasing participation in the stock market is a net positive, these apps claim. By simplifying the trading process with friendly emojis and virtual confetti, it’s easier for users to buy and sell shares, sometimes doing so multiple times a day.

Day trading has also increased dramatically during the pandemic, CNBC reported, as more people are at home and out of work. That’s when this could become troubling. For personal finance consultants, experienced investors, and onlookers, the concern is that young people might be lured into a pattern of obsessive trading. As a stark warning, some cite the tragedy of a 20-year-old Robinhood day trader, who killed himself after mistakenly thinking he owed the app $730,000.

“It’s risky as hell, but holy cow, it’s almost like getting a high,” a 21-year-old trader told the New York Times. Some will pour in more and more money to chase the dopamine of higher and higher returns. The stock market has continued to soar after a brief plunge last March, but the upward momentum won’t last forever. “Building wealth takes time,” said Ryan Francis, a personal finance TikToker. “If you look at the data on day trading, a majority of people lose money. It’s almost impossible to beat index funds long-term and it’s just ultra risky.”

Almost all day traders lose money & it’s nearly impossible to beat index funds long term. Not sure if this was cut out or not (Full podcast in bio)

The stock market can appear to be a gateway to financial freedom and fortune, especially for those from lower-income backgrounds, who tend to have lower financial literacy. “It’s really great that this is getting more people interested in investing,” Francis told me. “But don’t confuse investing with gambling. Putting your life savings into GameStop or Dogecoin or AMC hoping you’ll get rich is a horrible idea. Smart investing takes decades. To be honest, it can be boring.”

Curious teenagers have long held an affinity toward the stock market. Besides the advantage of having more free time than adults (and, presumably, less money to burn), many teen traders have also been vocal about their cynicism toward the Wall Street powers-that-be. Jonathan Lebed, a 15-year-old who was prosecuted for stock market fraud by the Securities and Exchange Commission after the dot-com bust, told the New York Times in 2000: “Whether a company is making millions or losing millions, it has no impact on the price of stock. Whether it be analysts, brokers, advisors, Internet traders, or the companies, everybody is manipulating the market. If it wasn’t for everybody manipulating the market, there wouldn’t be a stock market at all.”

Like Lebed, the teens I spoke with are keenly aware of the stakes and speculation involved in trading. “I’m a liberal who is in favor of certain socialist policies and taxing investments more,” said Coffey, the Arizona State student. “But I realize we have a system that works a certain way, and so I might as well use it for my financial benefit to secure and grow my savings.”

Matthew, a 17-year-old high school senior from Studio City, California, who asked that his last name be omitted for privacy reasons, told me that he trades with the understanding that, compared to Wall Street hedge funds, private investors are at a disadvantage. “[Hedge funds] are basically calling the United States a free market when it leads to their benefit,” said Matthew. “However, as soon as it hurts their wealth, [Wall Street] can shut the whole thing down. It’s mind-blowing.”

“We have a system that works a certain way, and so I might as well use it for my financial benefit.”

Since he began trading in March 2019 under a custodial Robinhood account, Matthew was intrigued by how a company’s market performance was relatively divorced from scandals or bad press. The GameStop episode was a groundbreaking departure from that norm. “It wasn’t until the GameStop thing that Reddit got a rally of investors to buy against the shortage,” Matthew said. “As an observer, I spent about 10 bucks on $GME just to be a part of it.” His takeaway was that social media could move markets, if enough people got on board.

For Terry Turner, a 17-year-old contributor to the personal finance site Teen Financial Freedom, meme stocks are fun to drop a few bucks in, so long as he abides by the fundamentals of investing for his larger portfolio. “The great thing about starting out young is that you have time on your side,” he told me. “If you’re under 18 or living with your parents, you can afford a bit of risk, but you should always do research and learn about investment basics.”

Turner began investing in cryptocurrency in 2018, and while the value of his portfolio has fluctuated over the years, he hasn’t sold many shares. “As a young person, we can buy at a price point that is low and can hold that for years, even decades,” he said. “If you believe in the fundamentals of investing, in the long run, your shares should perform well through the short-term dips.”

The problem is, not all young investors trade with Turner’s long-term mentality in mind. Personal finance coursework is not a high school graduation requirement in most states, and many teenagers are not financially literate. They are also coming of age when the excesses of casino capitalism are especially pernicious: The pandemic has left millions of Americans out of work, and many are pushed to take low-paying, essential jobs to survive. Increased stock market participation should be a good thing, but the markets do not reflect the income inequality and housing instability that is plaguing low-income communities. And while Robinhood CEO Vlad Tenev has expounded investing as the new American dream, the app has provided few guardrails that curb irresponsible trading. History has shown that the most recent recessions have redistributed wealth primarily toward the asset-owning class.

Boggs, the teenager behind the @generationzillionaire Instagram, told me he doesn’t doubt the power a forum like r/WallStreetBets can have. But despite how “exhilarating” the rally was, Boggs admitted that the current situation seems “extremely risky” for young newcomers to pour lots of money into. Amateur day traders are in a precarious position competing against Wall Street hedge funds that have walked away from financial crises unscathed.

“I’m glad this gave people an opportunity to realize how much power you can hold if you take an active interest in investing,” he concluded. “I don’t want them to be risky or to manipulate the market by pumping a stock until the SEC steps in, but this is a great reminder that investing smartly is something you should consider.”

The biggest lie we still teach in American history classes
America’s embarrassingly mediocre coronavirus testing, in 2 charts
Trump’s first interview since losing reelection was a smorgasbord of disinformation
Images of police using violence against peaceful protesters are going viral
Here’s what the National Guard can and can’t do during the George Floyd uprising
Biden is starting to roll back Trump’s “Remain in Mexico” program