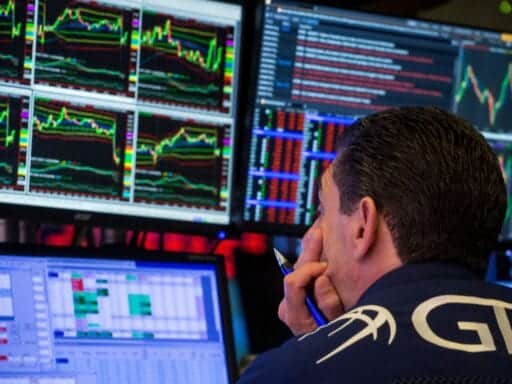 Share
Loading...
A trader works on the floor of the New York Stock Exchange on March 18, 2020. The economy is still recovering from a catastrophic spring. | Xinhua via Getty Images

Five days before Election Day, new data will be released providing the first look at how fast the economy grew in the third quarter of 2020. It’s a safe bet that third-quarter growth will clock in at the fastest pace ever recorded. It’s also a safe bet that the number will be ballyhooed as a great accomplishment. Maybe the greatest ever.

But in reality, the job of rebuilding the economy will be far from done.

Most economic forecasters expect the GDP growth figure announced on October 29 to be somewhere in the neighborhood of 25 to 30 percent at an annual rate; some think it could even come in a few percentage points higher than that.

If the number is somewhere in that range, it will indeed earn the title of the fastest GDP growth figure ever posted. And it will signify that the country has made some progress on the road to recovery. But it will not mean the economy is booming, or even that it has fully recovered. In fact, the third-quarter increase will represent only a partial rebound from another record-setter: the sharpest collapse ever recorded during the second quarter.

The truth is that the recovery is far from complete; momentum has slowed in the past few months; and risks to further progress abound.

During the spring quarter, there was a colossal drop in real GDP — more than 31 percent at an annual rate. That drop resulted from the imperative to put the economy into a temporary deep-freeze, in hopes of slowing the spread of the virus. The shape of this recession differed dramatically from any other in living memory.

In the typical post-World-War-II recession, manufacturing and construction have been hit especially hard. This time, it was service industries that took it on the chin — especially ones that depend on lots of people being close together. Think bars, restaurants, air travel, hotels, conventions, and the like.

The second-quarter decline was triple the size of the previous worst-ever quarterly drop since the current method of score-keeping began in 1947. A couple of quarters during the Great Depression and during the decommissioning from World War II were probably worse, but when you need to reach back to the ’30s and ’40s for comparisons, you begin to get the idea for how bad the second quarter of this year was.

In fact, the decline was so bad that even the record-breaking growth we’re likely to see announced for the third quarter won’t be enough to reverse it. As shown in the chart, even if the late-October announcement comes in at 33 percent — toward the more optimistic end of the range, and in line with the expectation of the economic forecasting firm IHS Markit — real GDP will remain about 3.5 percent below its previous peak, reached at the end of last year. And it will remain a little more than 5 percent below where it would have been if growth had continued steadily, uninterrupted by the pandemic, at the average pace of 2018 and 2019.

Real GDP would have to have increased a whopping 53 percent at an annual rate in the third quarter to return to its previous level. (Why not 36.4 percent, if GDP declined at a 5 percent annual rate in the first quarter, and a further 31.4 percent rate in the second quarter? Because that’s not how it works. Suppose GDP was at 100, and then it fell to 50 — a drop of 50 percent. If it then rose by 50 percent, it would only move back to 75. A similar calculation is required here.)

The recovery has slowed

Most of the rebound reflected in the GDP growth figure that will be published at the end of October actually occurred in May and June — before the third quarter even began.

IHS Markit constructs estimates of monthly GDP using methodology that mimics as closely as possible the procedures underlying the official quarterly numbers published by the Commerce Department. According to their estimates, real GDP rebounded about 5 percent in May and 6 percent in June. After that, though, monthly growth slowed sharply, to about 1.5 percent in July and about .5 percent in August. If their estimates prove accurate, a 33 percent GDP growth rate for the third quarter would be consistent with essentially no growth in the month of September.

Sound crazy? Plenty of other indicators suggest that momentum has slowed. In May and June, the pace of household spending rebounded quickly following a breathtaking collapse in the preceding two months. But in July and August, the improvement slowed to a crawl.

Job growth has slowed as well. By September, employment had recovered only about half the losses sustained in March and April. Even if the September pace of job recovery is maintained, the previous peak level of employment will not have been reattained until January 2022. The unemployment rate in September — the latest figure currently available — was 7.9 percent. That was down from a peak of 14.7 percent in April, but still more than twice the 3.5 percent rate in February, just before the roof fell in.

Why has the momentum of recovery slowed? One likely contributing factor is that the easy part has already been done. Once the initial lockdown was lifted, many employers were still financially viable, and their lines of business didn’t depend on bringing together large numbers of people, so they could bring more workers back on board. But others were not so fortunate.

For them, the current situation has begun to look more like a classic recession. A second likely contributing factor is that with each passing day, more and more families have run out of spending power: The $600 supplement to weekly unemployment insurance benefits provided under the CARES Act expired at the end of July; the relief payments of $1,200 per adult and $500 per child have not been not renewed; and the aid provided to small businesses under the Paycheck Protection Program has in many cases run dry.

Unfortunately, there’s ample cause for concern that the recovery may continue to stall. The virus remains out of control. No one knows for sure when a safe and effective vaccine will be widely available, but everyone agrees that it will be difficult to build a durable and complete economic recovery until one is. Somehow, not all hope for a near-term fiscal agreement has been snuffed out, and one may yet be struck before November 3. But another possibility is that congressional action will have to await a lame-duck session late this year, or even be postponed until the new Congress is seated in 2021.

Amid all the conflicting interpretations that you will hear over the next few weeks, what we know is this: The economy has taken a step toward recovery since the bottom fell out in April. But the job is nowhere near complete; if you need convincing on that point, just ask the millions of people who remain jobless or the millions who report being food-insecure.

The big number for GDP growth during the July-September period will represent a step back toward normal, but it will be no cause for unfurling another “Mission Accomplished Banner.” Unfortunately, there is still a long way to go yet in putting back together any semblance of a robust economy. Congress can help in that process by passing another fiscal support bill.

David Wilcox is a nonresident senior fellow at the Peterson Institute for International Economics and the former director of the Division of Research and Statistics at the Federal Reserve Board.

Mueller’s new indictments remind us of 2 core truths about the Trump-Russia story
Odd Job: Professional athletes have super-complicated tax returns. This guy can help.
Bernie Sanders’s Green New Deal, explained
How to go out and not spread coronavirus this summer
How Old Navy quickly turned its stores into e-commerce distribution centers
How Trump let Covid-19 win