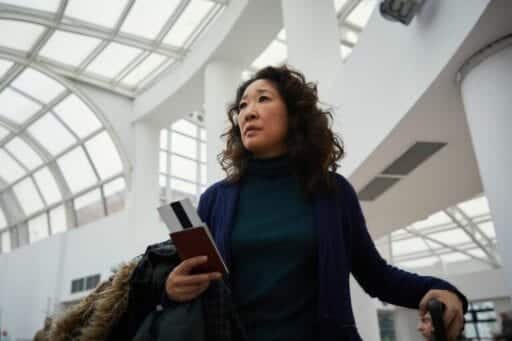 Notice: Undefined offset: 0 in /var/www/wp-content/plugins/seo-optimized-images/seo-optimized-images.php on line 131
Share
Loading...
The 70th annual Primetime Emmy Awards will be handed out on Monday September 17. The ceremony is broadcasting live from the Microsoft Theater in Los Angeles and hosted by Saturday Night Live’s Weekend Update anchors, Michael Che and Colin Jost.

The Emmys focus on honoring television, and the 2018 nominees include many previous winners, including Game of Thrones and The Handmaid’s Tale. Both of those shows have been named Outstanding Drama Series in the past — with Game of Thrones’ sixth season winning in 2016 and The Handmaid’s Tale’s freshman season winning in 2017, when Game of Thrones was not eligible to compete. This year, they’ll compete against one another for a repeat victory, alongside Westworld, The Crown, The Americans, Stranger Things, and This Is Us.

Here are three more things to know about the 2018 Emmys.

The 2018 Emmys may bring a historic win

Sandra Oh might make history as the first performer of Asian descent to win the Emmy for Lead Actress in a Drama. Nominated for her role on Killing Eve (which makes her the first performer of Asian descent to earn a Lead Actress nomination at all), Oh is up against Claire Foy (The Crown), Tatiana Maslany (Orphan Black), Elisabeth Moss (The Handmaid’s Tale), Keri Russell (The Americans), and Evan Rachel Wood (Westworld).

Killing Eve, which quickly earned acclaim when it debuted on BBC America earlier this year, is also up for an Emmy in Outstanding Writing for a Drama Series for creator Phoebe Waller-Bridge. (Waller-Bridge is turning over lead writer duties for the show’s second season to Emerald Fennell, though she will remain involved with the production as an executive producer.)

After sitting out the Emmys in 2017 because it didn’t air a new season within the awards’ 2017 eligibility window, Game of Thrones leads the 2018 Emmy nominations with a whopping 22 nods. The HBO epic is in the running for Outstanding Drama Series (which it won in 2015 and 2016 for its fifth and sixth seasons), and cast members Nikolaj Coster-Waldau, Peter Dinklage, and Lena Headey all nominated in their respective supporting actor categories.

Right behind Game of Thrones are Saturday Night Live and Westworld with 21 nominations each, followed by The Handmaid’s Tale with 20, and American Crime Story: The Assassination of Gianni Versace with 18.

Michael Che and Colin Jost will host, but they don’t seem particularly excited about it

Though they’re now veteran anchors of Saturday Night Live’s Weekend Update segment, the 2018 Emmys will mark Che and Jost’s first time hosting the awards. Given that they both come from a background in standup, they seem like a natural fit.

However, the pair seems fairly indifferent toward the gig. When asked if they liked awards shows by the LA Times, Che said that he’d liked the MTV awards as a child, and Jost said, “Eh,” calling awards shows generally too self-serious and not worth taking seriously.

And in other recent interviews, they’ve veered between saying they’d like to make the show “less political than normal” and noting that politics are impossible to avoid. Given the events of the past year — not just in terms of American politics but the #MeToo movement — it may be safer to assume the ceremony will have its share of political jokes.

How to watch the 2018 Primetime Emmy Awards

When: Monday, September 17, at 8 pm Eastern/5 pm Pacific on NBC. The network will air the awards live on both coasts.

Live stream: If you have a TV provider login, you can live-stream the awards on NBC and the NBC App. You can also stream the ceremony through subscription-based TV streaming services; Hulu, DirecTV Now, Philo TV, and SlingTV will stream the Emmys via NBC.

Red carpet: E! News will be covering the red carpet beginning at 6 pm Eastern/3 pm Pacific, and red carpet coverage will be streaming via the People TV app, People.com, and EW.com as well.

Sanders tops latest Iowa poll, but the 2020 Democratic primary is still a four way race
Clean energy is catching up to natural gas
There might be a shortage of election poll workers. Corporate America wants to help.
Why masks are (still) politicized in America
A bioethicist on why reopening states will kill more black people
Bad Times at the El Royale