What we know about a shooting at a protest in Louisville 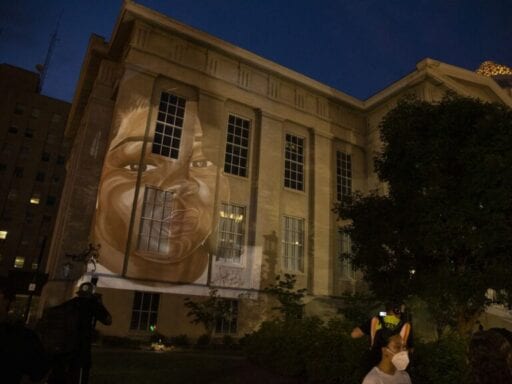 One person was killed at an anti-racism and police brutality protest.

A shooting at a protest in Louisville, Kentucky’s Jefferson Square Park resulted in one death and one injury Saturday night, according to the Louisville Courier-Journal.

The park has been the epicenter of ongoing protests against police brutality and racism, sparked by a series of police killings, including of George Floyd in Minneapolis and Breonna Taylor in Louisville. Several protesters had set up tents and were staying overnight in the park.

The shooting began at around 9 pm ET, according to police. Video posted on social media shows a man firing more than a dozen shots into the crowd from the edge of the park.

Police cleared the park following the shooting early Sunday morning and said demonstrations can continue during the day, but no one will be allowed to stay overnight.

“I am deeply saddened by the violence that erupted in Jefferson Square Park tonight, where those who have been voicing their concerns have been gathered,” Louisville Mayor Greg Fischer wrote on Facebook. “It is a tragedy that this area of peaceful protest is now a crime scene.”

This is a developing story. Here’s what we know so far.

In 1986, Watchmen skewered the way we love superheroes. It’s still as relevant as ever.
How 4 small businesses have shifted to online sales
Opioid addiction is plateauing. But the crisis isn’t over.
Collins and Murkowski keep Republicans — and Democrats — guessing on Kavanaugh
HBO’s I May Destroy You might be the best TV show of the year
Why new restaurants are still, somehow, opening during the pandemic