What we know about a shooting at a White Settlement, Texas church 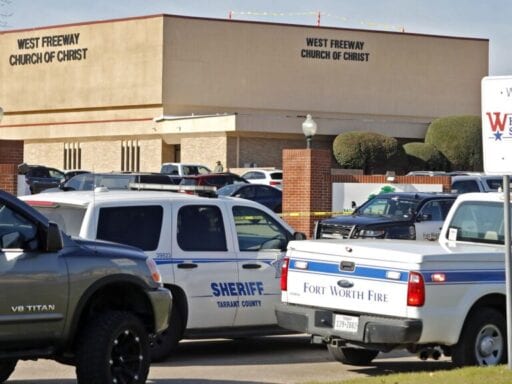 Two churchgoers were killed, as was the suspected gunman.

A shooting at the West Freeway Church of Christ in White Settlement, Texas, has resulted in two deaths as well as the death of the shooter, according to the Dallas Morning News.

The shooting at the church, which is located in a suburb of Forth Worth, occurred before 11 am local time. The gunman reportedly pulled out a shotgun and fired at parishioners before being shot and killed by members of the church’s security team.

“Our hearts and prayers go out to all the families that were affected by this incident,” Fort Worth Fire Department spokesman Mike Drivdahl said.

It’s “white supremacy normalized”: A historian on why Stone Mountain should come down
Sucking carbon out of the air won’t solve climate change
Trump wanted to repeal an anti-corruption law so US businesses could bribe foreigners
What happens to the law in a world without Ruth Bader Ginsburg?
What Elizabeth Warren staying in the race means for Bernie Sanders and Joe Biden
Trump’s new tweet on Don Jr.’s Trump Tower meeting, explained