What we know about Biden’s inauguration plans 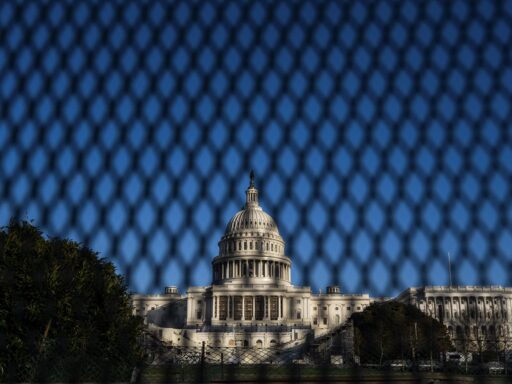 This year will feature pared-down festivities and beefed-up security.

President-elect Joe Biden will be inaugurated on January 20 at noon ET — but in light of the coronavirus pandemic and security concerns in the wake of the violent storming of the US Capitol building, the ceremony will look much different from previous ones.

Under normal circumstances, thousands of people gather on the National Mall while the president-elect takes the oath of office on the West front of the Capitol, followed by a parade down Pennsylvania Avenue with thousands of military personnel representing each branch and, at night, an inaugural ball.

But the Biden team has had to significantly pare down the festivities this year due to the pandemic, at the advice of public health experts. The theme, announced Monday, is “America United” — a central message of Biden’s presidential campaign.

CNN reported that Biden will kick off the schedule by taking the train from his home in Wilmington, Delaware, to Washington, DC, the same trip he famously took for many years while serving in the Senate. He will still take the oath of office at the Capitol, accompanied by socially distanced members of the military, but officials are actively discouraging people from traveling to DC for the ceremony. Instead, they have organized a televised virtual event featuring performances from communities across the US, much like the one featured in the Democratic National Convention last summer.

But the violent insurrection at the Capitol on Wednesday, which led to five deaths and the opening of at least 25 domestic terrorism cases, has cast a shadow over the inauguration plans. There remains fear that additional mobs of Trump supporters could descend on DC in the days ahead, especially given that President Donald Trump still refuses to concede the election.

Discussion of future armed protests, including another attack on the US Capitol and state capitol buildings nationwide on January 17, has been percolating on Twitter, the company said when announcing Trump’s permanent ban from the platform. And Colorado Democratic Rep. Jason Crow said in a statement Sunday that the Defense Department has identified “further possible threats posed by would-be terrorists in the days up to and including Inauguration Day.”

Law enforcement is consequently scrambling to beef up security measures, including erecting new barriers at the Capitol and weighing additional National Guard presence.

Amid bipartisan calls for his removal from office, Trump announced Friday that he would not attend the inauguration, becoming the first president in 152 years to decline to attend his successor’s swearing-in.

To all of those who have asked, I will not be going to the Inauguration on January 20th.

Typically, an outgoing president invites the president-elect to the White House before the inauguration ceremony, but that also will not happen.

Politico reported that Trump could vacate the White House for his Florida resort Mar-a-Lago the day before the inauguration, possibly holding a rally upon his arrival. He reportedly had been considering announcing a 2024 presidential bid on Inauguration Day, though he is no longer expected to do so in the aftermath of Wednesday’s events, according to Politico.

However, Vice President Mike Pence — whom Trump publicly criticized for refusing to undermine the counting of the Electoral College votes earlier this week — reportedly plans to attend the event.

Former Presidents Barack Obama, George W. Bush, and Bill Clinton will also accompany Biden and Vice President-elect Kamala Harris to lay a wreath at the Tomb of the Unknown Soldier at Arlington National Cemetery shortly after Biden and Harris take the oath of office.

Jimmy Carter, now 96 and spending the pandemic at home, has announced that he will not attend, marking the first time that he has missed the inauguration since his own in 1977.

Security concerns have cast a cloud over inauguration plans

Biden has faced questions about whether he should scale back the inauguration plans even further due to safety concerns. After Wednesday’s events, it’s possible that Trump supporters could descend on DC once again on Inauguration Day (though absent a literal invitation from Trump, such efforts might not be quite as organized as they were on January 6).

But Biden has maintained that the show must go on.

The Biden team did not immediately respond to further requests for comment on his inauguration plans.

Local and federal officials have been reassessing their plans for the inauguration in Wednesday’s aftermath.

DC Mayor Muriel Bowser extended a citywide emergency declaration through the day after the inauguration, saying that the “motivation [of those who stormed the Capitol] is ongoing.” The declaration allows local officials to apply for financial assistance from the Federal Emergency Management Agency to protect people and property in DC.

She also said in a press conference Monday that she would like to extend pandemic-related restrictions on indoor dining until January 24 as a means of crowd control.

Bowser has asked that the Homeland Security Department implement additional security measures ahead of the inauguration, including canceling public gathering permits from January 11 to 24 “given the new threats from insurgent acts of domestic terrorists.” Several groups applied for such permits to protest Biden’s inauguration, identifying as pro-Trump.

She also requested that DHS extend the “national special security event” — a designation that facilitates cooperation among federal law enforcement agencies to respond to terrorist or other criminal threats — from January 11 to 24. And she called for a federal force deployment plan and a pre-disaster declaration in DC to free up resources to respond to potential threats.

Some 6,200 members of the National Guard will be deployed in DC into next month, and authorities will be prepared to handle a crowd of more than 1 million people, even though much fewer than that are expected to show up due to the pandemic, the Associated Press reported. Anti-climb fences have also been installed around the Capitol building.

However, Defense Department officials are evaluating whether to increase the National Guard presence in DC to as many as 13,000, according to CNN.

Politico reported that Biden’s inaugural committee discussed safety issues during a call Thursday. It is also continuing to consult with its security partners:

We are confident in our security partners and @JCCIC, who have spent months planning for this historic event, and are working with them to ensure the utmost safety and security.

We look forward to January 20 when our country and the world witness a peaceful transition of power.

The Joint Congressional Committee on Inaugural Ceremonies is conducting its own assessment of the spaces that will be used for the inauguration, but doesn’t expect to overhaul the event entirely.

“The outrageous attack on the Capitol … will not stop us from affirming to Americans—and the world—that our democracy endures,” Sens. Roy Blunt (R-MO) and Amy Klobuchar (D-MN), who lead the committee, said in a statement. “Our committee’s bipartisan, bicameral membership remains committed to working with our many partners to execute ceremonies that are safe and showcase our determined democracy.”

Congress’s new plan to end surprise medical bills, explained
Iowa Rep. Steve King says America is heading toward another civil war
Why it can seem appealing to move home during a crisis — even when it’s not recommended
The first openly transgender gubernatorial nominee from a major party is getting death threats
Want to vote in 2020? Do it early.
The Mandalorian is falling in love with its big moments. That’s a problem.