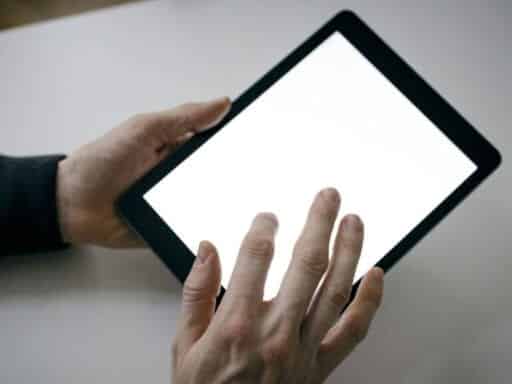 Nevada’s still trying to figure out what to do in the Iowa caucus aftermath.

Fresh off the unmitigated (and still unfolding) disaster that was the Iowa Democratic caucuses, Nevada will soon kick off caucuses of its own. After understandably scrapping its plans to use app made by Shadow Inc., the company behind Iowa’s fated caucus app, the Nevada State Democratic Party is now scrambling to come up with a new solution before the early voting period begins on February 15.

Exactly what that solution might be remains a mystery to the greater public. Multiple reports say that the party is planning to use what it calls an iPad “tool,” which, the party told volunteers, is not an app — despite its app-like properties. But the state party has yet to confirm this or much of anything else. Nevada’s secrecy is not a good sign, given how tight-lipped its Iowa predecessors were.

The caucus process differs depending on the state (and political party) that does them. Nevada has been the third in the country to hold its Democratic nominating contest since 2008. Then-Sen. Harry Reid argued that his state better reflected the diversity of America’s population than Iowa (the first caucus) and New Hampshire (the primary) did and so should have the chance to be an influential part of the presidential nominating process.

This year, Nevada’s Democratic caucus will be held on February 22, with early voting taking place between February 15 and 18. This is the first time the caucus has had early voting, allowing registered Democrats to make their choice in person at any early voting location in their county. (While the caucuses are considered closed to non-affiliated voters, Nevada has same-day voting registration).

On February 22, caucus-goers will report to their precinct and stand on the side of the room designated for the candidate they prefer. If a candidate doesn’t get a certain threshold of support — typically 15 percent, depending on the number of delegates at stake — they’ll be considered non-viable and their supporters will have to “realign” to a viable candidate (or not vote at all). There will also be paper ballot backups — which, if the caucuses are anything like Iowa’s, will come in handy.

Once that’s all figured out, voters pick delegates to represent their selections at conventions. In the event of a tie, the delegate will be decided by a drawing of playing cards. Yes, that’s right: In Vegas fashion, whichever group picks the highest card wins the delegate. If the groups pick the same card, the winner is chosen according to the card’s suit (spades being the highest, then hearts, diamonds, and finally clubs).

This year is the first to allow for early voting, the hope being that the option will increase participation among potential voters who can’t make the February 22 event. Early voters will submit their top three to five choices on a paper ballot. If a voter’s first choice doesn’t meet the threshold, their vote will be awarded to the next viable candidate on their list. The new rules also limit the number of realignment rounds to one.

These complications are likely why state party leaders planned to use a new smartphone app to help chairs report all those extra numbers. While Iowa had used a (different) app in 2016, this year would have been Nevada’s first caucus with one. Nevada paid Shadow at least $60,000 to develop the app — and recommended the company to the organizers of the Iowa caucuses.

In the original Nevada plan, the app would send early votes to precinct chairs that would be combined with the in-person caucus totals. The app would then calculate the combined results and report them back to the state party headquarters. Similar to the Iowa caucus, there would be phone and paper backups in place, according to the Reno Gazette-Journal.

The smartphone app is dead. Long live the iPad “tool.”

In the wake of the Iowa caucus, Nevada quickly distanced itself from Shadow, saying it would not be using its apps and was “currently evaluating the best path forward.” But it didn’t say much about what that path was. News outlets reported Saturday that the party was demonstrating a “caucus tool” to be preloaded onto iPads distributed to precinct chairs. Preloading the tool sounds like a good idea, considering how many Iowa chairs had difficulty downloading their apps onto their mobile devices, let alone actually running them. The tool, assuming it works as intended, will give chairs the early voter numbers so they can integrate them into the vote totals.

According to the reports, the party stressed that this was not a smartphone app but rather a tool. The difference between an “app” and a “tool” remains unclear. And assuming the reports are true, the iPads that the tool will be installed on will not be able to connect to the internet. This should make it harder for any would-be hackers to infiltrate the devices and influence the caucus results. Which, one long week ago, before the caucuses began, was the biggest source of concern about online voting tools.

We don’t know many more details about the tool, such as who developed it and what, if any, cybersecurity tests it’s been put through. Even volunteers complained about how little information they were given by the party thus far. This might be because the party itself doesn’t know what the procedure will be. According to the New York Times, it’s still testing out various “backup plans.”

The Nevada State Democratic Party did not respond to requests for comment, but told CBS News that it has 3,000 volunteers and is actively recruiting more. Its statement did not, CBS noted, have any information about the non-app tool. Nevada might have learned a few lessons from Iowa regarding which app vendors to trust, but it doesn’t appear to have learned that transparency is an essential part of the democratic process.

How Biden’s stimulus bill could actually build back better
1 million Americans live in RVs. Here’s how we’re coping with the pandemic.
MoviePass briefly stopped working — because it ran out of money
Brain-reading tech is coming. The law is not ready to protect us.
America’s asylum system is broken. Here’s how Biden could fix it.
Apple and Google roll out their new exposure notification tool. Interest seems limited.