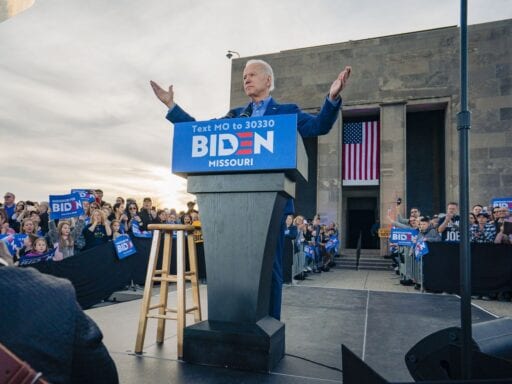 The first polling places close at 8 pm ET; in Washington state, ballots must be deposited by 11 pm ET.

The slate of primary contests scheduled for this Tuesday, March 10, isn’t quite as extensive as last week’s Super Tuesday extravaganza, but it could still have a big impact on the Democratic presidential race. Six states — Idaho, Michigan, Mississippi, Missouri, North Dakota, and Washington — will vote, and there’s a total of 352 delegates up for grabs.

Voters in those states will have a much-reduced Democratic field to weigh in on: Only three candidates are still in the race, and of those, only former Vice President Joe Biden and Sen. Bernie Sanders have a real shot at the Democratic nomination for president. (At this point, Rep. Tulsi Gabbard is kind of just hanging out.)

Here are the poll closing times, in Eastern time and local, listed alphabetically by state:

Some states, such as Mississippi, where Biden holds a substantial lead, could be called right as polls close at 8 pm on Tuesday; other states with more competitive primaries could take longer.

And while none of the states voting on Tuesday should take as long to report results as California, that doesn’t mean they’ll all be quick, either. Washington’s vote-by-mail system means that valid votes could still be coming in for days after the primary, and the North Dakota Democratic–Nonpartisan League Party (essential its Democratic Party) indicated on Monday that results might not be available until Wednesday.

Michigan is the state to watch

Of the six states scheduled to hold their contests on Tuesday, Michigan is positioned to be the most important. Not only does it have the most delegates on offer — 125, better than a third of the night’s total count — but it carries major symbolic importance.

In 2016, Michigan was the site of Sanders’s signature win: He came back from a massive deficit in the polls to beat the eventual Democratic nominee, former Secretary of State Hillary Clinton. If Biden can beat Sanders there — and the FiveThirtyEight polling average for Michigan indicates that he can — then it’s not just a narrative win for the former VP. The Vermont senator’s path to the nomination begins to close rapidly in the face of the rest of the primary calendar, with delegate-heavy, Biden-friendly states like Florida and Georgia still to come.

Sanders came back from a 30-point deficit in 2016, and he’s kept the race closer than that this time around, so it’s anyone’s guess how Michigan might shake out.

The New York Times also points out that the state will offer a preview of how candidates perform with what could be key demographic groups in the November election:

Midwestern powerhouses like Michigan will test the candidates’ appeal among suburbanites, African-Americans and working-class white voters. If the race is not decided on Super Tuesday, this could be a line of demarcation.

Looking beyond Michigan, Biden has the closet thing there is in politics to a sure win in the form of Mississippi — he leads Sanders there by more than 45 points in the FiveThirtyEight polling average.

Things look slightly less dire for Sanders in Missouri, but Biden is still up by more than 20 points. In Washington state, however, which Sanders won comfortably in 2016, it’s a truly close race: Biden leads by just over a point in the FiveThirtyEight polling average.

In any case, while Tuesday — and Michigan in particular — could prove to be an inflection point in the race, the primary doesn’t end there. The first two-candidate debate of the race is coming up on Sunday, March 15, and from there, the race is on to four more important states, including Florida, on March 17.