When Super Tuesday polls close — and when we might get results 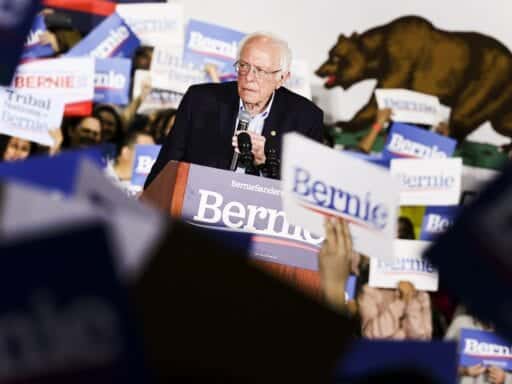 The early states have voted, and now the 2020 Democratic presidential primary is heading for a national reckoning on Tuesday, when a total of 14 states and one territory hold their primaries or caucuses.

A significant swathe of the South — Alabama, Arkansas, North Carolina, Tennessee, and Virginia — also vote on March 3, as will Colorado, Maine, Massachusetts, Minnesota, Oklahoma, Utah, and Vermont. The US territory of American Samoa will caucus the same day.

The national scale of Super Tuesday means that poll closings will be staggered by time zone across the country. The earliest polls close at 7 pm Eastern — with the possible exception of American Samoa, which observes Samoa Standard Time (six hours behind Eastern time).

The territory might be the first to report results; its caucuses begin at 3 pm Eastern and results could be available as early as three hours later, according to the American Samoa Democratic Party Facebook page. The territory has only six delegates up for grabs, however. The last state to close its polls will be California, at 11 pm Eastern — though it could take days, if not weeks, to get full results from the delegate behemoth.

Here are the poll closing times, in Eastern time and local, listed alphabetically by state or territory:

Some states, such as Vermont (home to Sen. Bernie Sanders) and Maine (where Sanders leads by more than 12 points in the FiveThirtyEight state polling average) — could be called shortly after the polls close on Tuesday. Others, however, could take longer, thanks to a field that’s still crowded compared with the 2016 primary and a race that’s still very much in flux.

Tuesday could decide the race — or not

For the five remaining candidates in the race, the stakes on Tuesday are high. Sanders, the current national frontrunner for the Democratic nomination, will be looking to secure an insurmountable delegate plurality, and he’s leading in the FiveThirtyEight polling averages for delegate-rich California and Texas.

Former Vice President Joe Biden, meanwhile, will be looking to cement his (77-year-old) “comeback kid” narrative after a dominating win in the South Carolina primary over the weekend. His strength with African American voters could help him finish strong on Tuesday.

Biden is also poised to benefit from the recent winnowing of the moderate lane: Both former South Bend, Indiana, Mayor Pete Buttigieg and Sen. Amy Klobuchar dropped out of the race after Saturday’s South Carolina primary, and both endorsed Biden on Monday night at a rally in Dallas. That could help further consolidate him as the moderate standard-bearer over billionaire Mike Bloomberg.

After a pair of punishing debates, Bloomberg will be making his first appearance on a ballot on Tuesday; the billionaire has staked his candidacy on an unprecedented strategy focused on Super Tuesday, and he’s employed an ad strategy likened to “carpet-bombing” to boost his numbers in the polls.

Sen. Elizabeth Warren’s campaign, meanwhile, could be on the back foot going out of Super Tuesday — Sanders is a threat to win in her home state of Massachusetts. He’s leading in the FiveThirtyEight polling average there, and a loss for Warren at home could be the coup de grâce for her already flagging candidacy.

For all of the candidates still in the race, Super Tuesday represents something of a question mark. The flurry of primaries could reinforce Sanders’s frontrunner status or give Biden a claim to the mantle; they could also put us down a path to a brokered convention.

Regardless, the race won’t slow down from there: Another major delegate haul will be up for grabs next week on March 10, when six states vote, and there’s another Democratic debate — the 11th! — scheduled for March 15. Before all of that, however, Super Tuesday has the potential to reshape the race.

Pelosi: House will send impeachment articles to the Senate next week
Does increasing the tipped minimum wage actually help workers? 7 experts weigh in.
The new details about Trump blocking aid to Ukraine, explained
Why you should read War and Peace in quarantine, and other stuff we loved this week
The top 3 foreign policy moments of the first Democratic debate
Republicans are preparing to disavow Trump if he fails — then come back and try the same policies