Where’d You Go, Bernadette is a plodding, baffling misfire 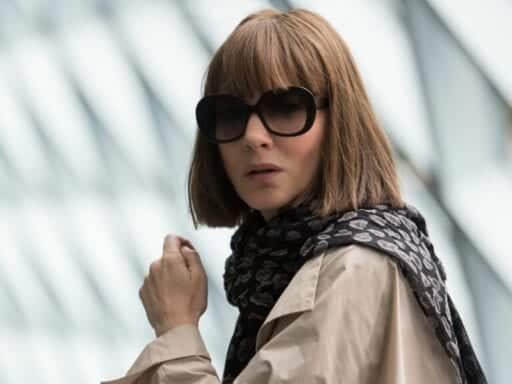 Even Cate Blanchett can’t save this movie.

We may never really know what happened behind the scenes of Where’d You Go, Bernadette. Reporting indicates the movie — based on the best-selling 2012 novel by Maria Semple — underwent multiple rewrites and numerous delays en route to the big-screen adaptation, starring Cate Blanchett and Billy Crudup.

And while a high number of credited screenwriters is frequently the sign of a bad movie, it doesn’t quite explain the unique badness of Where’d You Go, Bernadette. Directed by the perpetually fascinating Richard Linklater, whose uneven filmography (from Dazed and Confused to A Scanner Darkly to Boyhood and Before Sunrise) is always worth watching, Bernadette is a soggy misfire, with sparks of possibility peppering a weirdly plodding tale.

You can hardly fault the cast, which centers on Blanchett as Bernadette Fox, a semi-reclusive mother whom her Seattle neighbors find standoffish and her brilliant AI engineer husband Elgie (Crudup) finds frustratingly aloof. Only the couple’s teenage daughter Bee (Emma Nelson) is close to her mother, who was at one time the world’s most promising young architect and recipient of a prestigious Guggenheim fellowship.

Then one day, Bernadette goes missing. Elgie and Bee aren’t sure where to find her, but they’re determined to go to the ends of the earth — quite literally — in order to track her down.

Or maybe it is the cast that’s at fault — or really, the writing, some of which is bent around the cast. The biggest problem with Bernadette seems to be, well, Bernadette, or rather Blanchett. It’s not her performance that’s the issue; it’s the odd feeling that, having cast the Oscar-winning actress, the filmmakers felt as though they had to contrive to maximize her time onscreen.

Whatever happened, though, the fact remains that Where’d You Go, Bernadette just feels weird, and distractingly so. There’s a story buried in here about a woman with a seemingly happy life who’s nonetheless lost her sense of self, but it feels too pasted together from disparate parts to not leave the audience just scratching their heads by the end.

Restructuring the plot of the novel led to an uneven film

Semple’s novel is nonlinear, which is hard to pull off in a film, where flashbacks in particular can be confusing or distracting. Taking apart the novel to make a film, though, seems to have also taken apart what made the book so appealing to readers and critics.

The most obvious change from the book is that, as Bernadette was offscreen (so to speak) for most of the novel, Elgie and Bee’s pursuit of her is at its center. The film’s story starts with Bernadette very much at home, where she continues to be for about half the film. Furthermore, while there’s an element of mystery about her whereabouts for most of the novel, a brief scene at the very start of the film tells us exactly where she is. Now the only question is how she’ll get there, which comes with considerably lower stakes.

The half of the movie in which Bernadette is at home in Seattle with Elgie and Bee lurches around; it’s hard to get a grip on what you’re watching. At times it seems to be slipping into a satirical take on the new-money, cluelessly neoliberal, mostly white community that’s grown up around Seattle’s exploding tech scene. That’s personified by next-door neighbor Audrey (Kristen Wiig), who railroads the parents at her kid’s school into attending brunches at her spacious home, where the children perform “African” dances before a mudslide carries everything away.

But for satire to work, it has to be clearly satirical, as it is in the novel. The movie doesn’t seem quite willing to go that far. The knowing chuckles get stuck in your throat. Instead, it’s trying to be an emotional family drama with lighthearted elements and a dash of mystery. And sometimes it succeeds.

Then there is the matter of Bernadette herself, who spends her days randomly fixing up and tweaking elements of her tumbledown house and dictating memos to her virtual assistant, apparently named Manjula and located in India. (This latter plot point seems to exist purely to catapult the story along in the most complicated manner possible.) When forced to leave her house, Bernadette seems to cosplay Anna Wintour, in giant sunglasses and a sleek bob, and she seems determined to maintain an air of mystery around everyone. In reality, she’s plagued by some combination of depression and social anxiety, mixed with a healthy dose of looking down on Seattle, which has no architecture that can compare to her beloved Los Angeles.

Bernadette’s opacity as a character is actually fitting for a movie about a woman who’s become a mystery to everyone, including herself. But she seems at times to emerge into a caricature of quirk, a figure of fun for us to laugh at.

Which, to be honest, is fine. Women don’t need to be “sympathetic” to be good characters. But every piece of Where’d You Go, Bernadette seems to be lifted out of a different kind of movie, and the result is muddled and herky-jerky, never letting us really settle into the narrative, in ways that hamper the film.

Because there is an important idea here. People grow and change over time. We start out idealistic, fresh-faced, ready to take on the world. And then life happens. We have children. We move to new cities. We start big projects and we fail at them. We garner acclaim but find we can’t live up to it.

The trick in life is to find the people who will keep loving you even when you aren’t the person they used to know, whether last year or 15 years or 50 years ago. And the heart of Where’d You Go, Bernadette is the idea that coming back to ourselves — coming “home” — has to do with both coming to terms with who we are today and rediscovering the things that once made us feel alive. Where’d You Go, Bernadette is a bewildering fizzle of a film, but if you can look past its jagged edges, that’s a lesson well worth remembering.

Where’d You Go, Bernadette opened in theaters on August 15.

How to date a prisoner
How Trump’s China obsession could derail nuclear arms control, in one tweet
Democrats turn to Hollywood for messaging help
The US and Canada haven’t budged on NAFTA
The economy could lose a generation of working mothers
Protesters confront McConnell about family separations as he leaves a Kentucky restaurant