Whistleblowers have never been more important — or more at risk 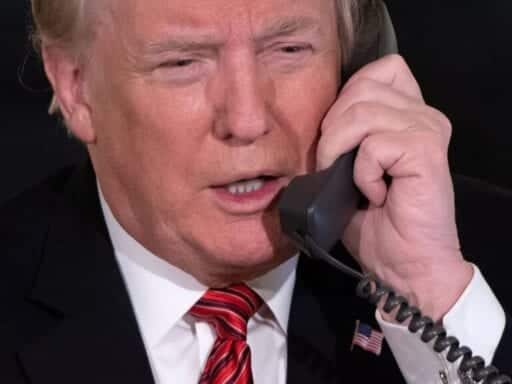 Share
Loading...
President Donald Trump answers calls to the NORAD Santa tracker on December 24, 2018. A very different sort of phone call, with the president of Ukraine, prompted one US official to become an anonymous whistleblower. | SAUL LOEB/AFP/Getty Images

John Napier Tye, the founder and CEO of the nonprofit law firm Whistleblower Aid, says the past 10 years have been a “Renaissance of whistleblowing” in America.

From Edward Snowden to Chelsea Manning to the anonymous US official who raised the alarm about President Trump’s call with the president of Ukraine, the past 10 years have been a “Renaissance of whistleblowing” in the US, says lawyer and former State Department official John Tye.

The problem, as Snowden’s and Manning’s cases show, is that leaking information about confidential government matters can expose secrets that didn’t need to be exposed and incur legal penalties for the leaker.

That’s why Tye, who personally blew the whistle about the NSA’s Executive Order 12333, co-founded and leads the nonprofit law firm Whistleblower Aid; because whistleblowers are such a “crucial” source of accountability for both governments and private companies, Tye says, conscientious officials need legal help to alert the public without breaking the law themselves.

“Fifty years ago, if you think about the biggest threats to democracy and governance, it was things like segregation or things where there’s clear laws on the books,” Tye said on the latest episode of Recode Decode with Kara Swisher. “So much of the threats to democracy today are hidden and covert. And it’s about the control of information, the misuse of information.

“That’s true, obviously, in all these tech companies, all of these government agencies,” he added. “And so, as that happens, as threats to democracy are contingent on the control of information, the value of whistleblowers is going up every single day. And the threats to whistleblowers for retaliation and for people to find out who they are [are also going up].”

Most recently, Whistleblower Aid attracted attention for connecting New Yorker reporter Ronan Farrow with a person at MIT who knew the university was covering up donations from Jeffrey Epstein. But one of its first clients, former CIA officer Andrew Bakaj, is now himself a lawyer, representing the person who blew the whistle about Trump’s Ukraine call.

On the new podcast, Tye offered advice to wannabe whistleblowers with the caveat that there is no one-size-fits-all approach to getting information out safely and ethically.

“When whistleblowers come and ask me for advice, my first piece of advice is always talk to a lawyer first before you do anything else,” he said. “But then the very second piece of advice is secure the evidence. And typically that’s not forwarding the emails to journalists. It’s printing them off because you don’t want to create a record of forwarding to anyone.”

He also explained what makes Whistleblower Aid different from a group like WikiLeaks, where Manning released her trove of sensitive military and diplomatic documents.

“We do agree that there is a legitimate scope of secrecy for US government, at least some secrets,” Tye said. “We’re not 100 percent transparency, declassify everything, publish everything. No. There were human rights activists named in some of the Manning cables who had to leave their countries and come to the United States and leave their family, their careers behind.

“I would say there can be a place for secrecy for certain types of secrets, especially protecting people’s privacy,” he added. “But figuring out where to draw that line, I would say the whole society is struggling with that.”

2 winners and 3 losers from night 2 of the RNC
7 big cases the Supreme Court will hear in its new term, explained
A survey of 30,000 households reveals Covid-19’s economic toll in the developing world
Most Democratic voters still haven’t settled on a candidate
Why Trump’s Mar-a-Lago is a magnet for grifters
Vox Sentences: Killed over a parking space