Who pays the lowest taxes in the US? 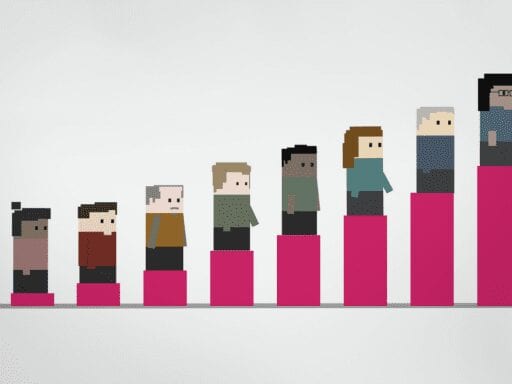 A recent analysis shows that the poor might pay way more than you think.

A “fun” piece of tax trivia — if there even is one — is that nearly half of Americans don’t pay federal income taxes. It’s something you’ll hear from conservative pundits, often to make the point that poor people aren’t paying their fair share in taxes.

The easy rebuttal is that there are several other taxes in the US — many of which put a bigger burden on poor people than rich people. But a recent analysis by economists Emmanuel Saez and Gabriel Zucman, as presented in their book, found that poor people may be paying nearly the same portion of their income in taxes as rich people. In their New York Times op-ed, they called America’s system a “giant flat tax.”

You might think it’s pretty easy to figure out who’s paying the government taxes. But let’s take the payroll tax, for example. You pay 7.65 percent out of your paycheck — and your employer also pays another 7.65 percent. However, economists have found that employers pay that tax by taking it out of workers’ wages. That’s simple enough, but figuring out who actually pays something like corporate taxes is way harder, and it relies on some assumptions. This is why the Saez and Zucman analysis has caused quite the debate among economists. (Vox’s Matt Yglesias explains what some economists disagree with.)

In our video, we used Saez and Zucman’s data to walk through the basics of the various taxes we pay, and how much each income group ends up paying. While not all economists agree on the exact numbers, most of them would agree that poor people do pay a pretty large share of their earnings toward taxes.