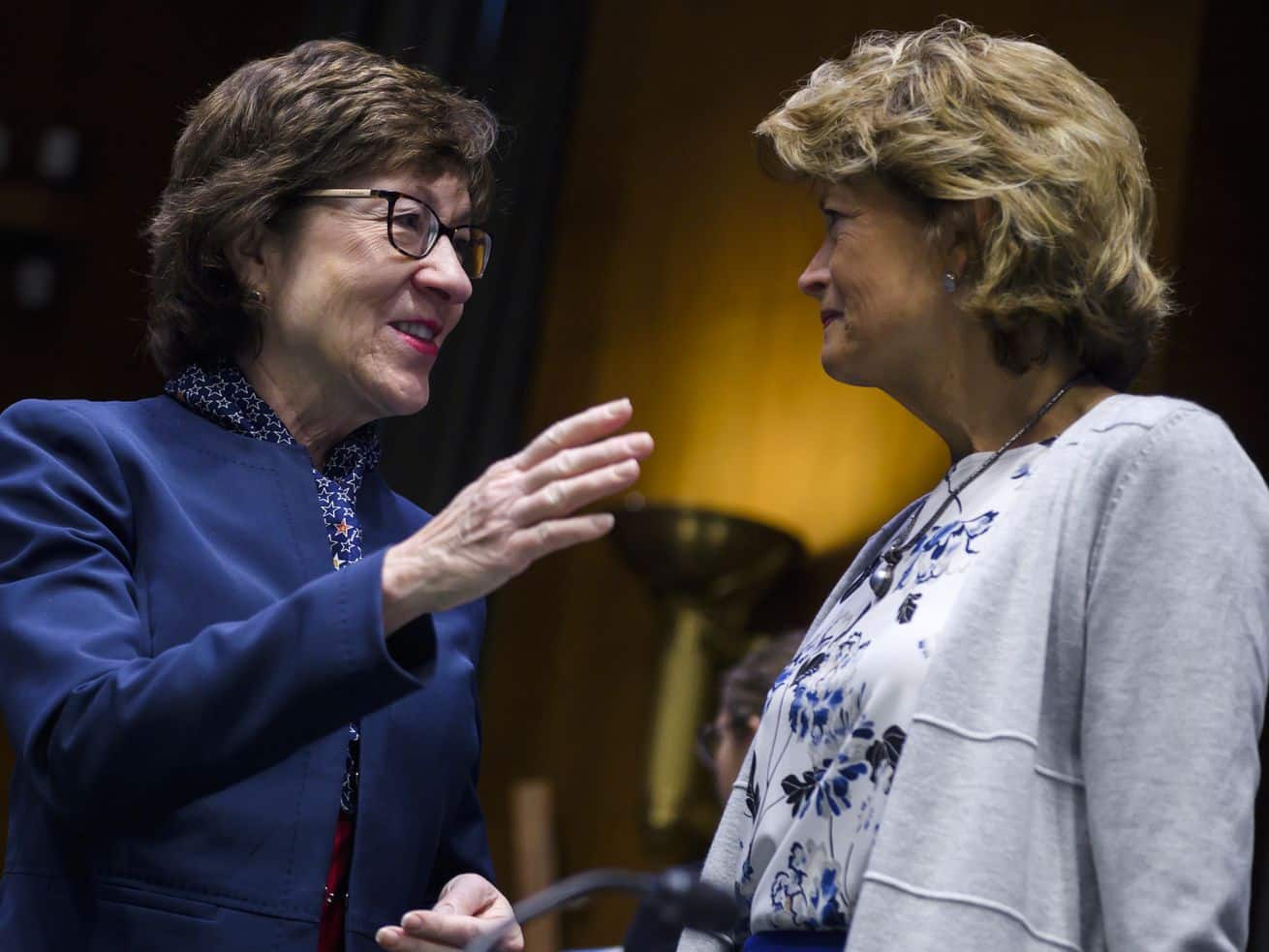 On Monday, President Joe Biden is getting his first crack at bipartisan negotiations, and is meeting with a group of 10 Senate Republicans to see if there is a compromise to be made on the president’s $1.9 trillion Covid-19 relief plan.

Biden’s White House has repeatedly said that getting a bipartisan deal done is a top priority. But prolonged negotiations with Republicans, and trying to get to an acceptable middle ground, could complicate both the speed and the boldness of Biden’s first big legislative proposal.

There’s a lot of daylight between Biden’s plan and the $618 billion proposal from the Senate Republicans, led by Sen. Susan Collins (R-ME). The GOP proposal is less than half of Biden’s proposed price tag, and pares down or doesn’t include many Democratic priorities.

Still, the fact that there are 10 Republicans behind the plan is significant; with Democrats controlling a Senate split 50-50, these 10 Republican votes could get the proposal past the 60-vote threshold needed to skirt the Senate filibuster in the unlikely situation that the entire Democratic caucus also gets behind it.

There are two big questions here. One is whether this group of Republican senators sees their $618 billion figure as the starting point for negotiations with Biden and are willing to go higher, or if it’s where they plan to draw a red line. The other question is whether Biden will bite on what they’re proposing. So far, the White House is indicating the president’s not terribly interested.

“There’s obviously a big gap between $600 billion and $1.9 trillion,” White House press secretary Jen Psaki told reporters on Monday. “Clearly, he thinks the package size needs to be closer to what he proposed than smaller.”

Biden and Democrats don’t actually need any Republican support to pass his package. They technically can get it through the Senate alone via a process called budget reconciliation. While Biden prepared to meet with the Republicans, House Speaker Nancy Pelosi and Senate Majority Leader Chuck Schumer announced Monday they had filed a joint budget resolution — essentially the first step in the reconciliation process.

Biden made bipartisanship one of the hallmarks of his campaign and emphasized it again in his inauguration speech. Republicans argue working with them on a stimulus package would be a good way to prove Biden’s focus on bipartisanship was more than rhetoric.

“If they want to get it moving fast, work with us on a bipartisan solution,” Sen. Lisa Murkowski (R-AK), one of the 10 Republicans, told Vox in a recent interview. “And then use your political muscle with reconciliation later on, but at least show evidence of the value of working together.”

The White House, however, had repeatedly emphasized that their proposal has broad public support and argued for fast passage of a bold relief bill — which could be delayed by prolonged negotiations.

Congressional Democrats believe Republicans are vastly underestimating the amount of money needed to ensure a strong economic recovery — and they point out the GOP has used the reconciliation process before to quickly advance its priorities, including attempting to unravel the Affordable Care Act.

Who are the Republicans negotiating with Biden?

The group of 10 Republicans who came up with the $618 billion Covid-19 proposal are led by a few moderates who have seemed eager to negotiate with Biden. But the entire group of senators runs the ideological gamut from moderate to conservative, and includes:

Now, some of the Republican members of that group — namely, Collins, Murkowski, Romney, and Cassidy — are forging their own path. And while this new $618 billion Republican counteroffer doesn’t necessarily spell the end of the bipartisan working group in the Senate, it was entirely a GOP-led effort, a Senate Democratic aide told Vox.

Psaki told reporters Biden was pleased that there was a Republican group eager to meet with him, but reiterated Biden wouldn’t be making any final decisions about their proposal on Monday.

“It’s an exchange of ideas,” Psaki said. “This group sent a letter with some outlines and toplines with their concerns and priorities. What this meeting is not is a forum for the president to make or accept an offer.”

What type of coronavirus stimulus do the 10 GOP senators want?

The GOP proposal is focused largely on speeding up vaccine distribution, allocating $160 billion to that effort. This largely mirrors Biden’s plan, although the president’s overall vaccine plan is closer to $400 billion, including much more money for school reopenings and building up a health care workforce.

Things diverge even more from there.

The Republican plan would fund $300 weekly supplemental unemployment insurance through June (Biden’s plan includes $400 weekly unemployment payments through September). The Republican plan has $1,000 stimulus checks, but only for people making a maximum of $50,000 per year as a single person and $100,000 per year as a couple. (Biden’s plan would send $1,400 stimulus checks to everyone making less than $75,000 at an individual level, and $150,000 as a couple — Democrats, who campaigned on this amount, have been adamant it be included in any final bill).

A lot of Democrats are wondering whether these Republicans see their $618 billion number as the floor or the ceiling for talks with Biden. Vox reached out to five Republican offices asking whether senators viewed the number as a starting point in negotiations, or if they were going to hold firm to the number. As of press time, no office had responded; in a Friday interview with Vox, however, Murkowski appeared to suggest an openness to going higher.

“I want to find a way to be helpful there,” Murkowski told Vox on Friday. “You’ve got a lot of folks that say it’s $1.9 trillion or nothing. Can we agree 80 percent is better than 100 percent? For some, it’s not, and I think that’s some of what we’re seeing right now.”

It’s not yet clear how willing Democrats are to take 80 percent in the name of bipartisanship when they could have 100 percent if they push forward alone. But Democratic leaders will still have a chance to weigh in on the matter, the White House said.

Biden is meeting with this group of Republican senators at the White House before he has a face-to-face meeting with senior Democratic members of congressional leadership like Pelosi and Schumer, though Psaki noted Biden is in regular communication with those two.

“They have been in very close touch with the president directly and members of the senior team,” Psaki told reporters. “There will definitely be Democrats who will be part of conversations here at the White House.”

President Biden will either be able to have his $1.9 trillion relief bill passed on a party-line vote, or have bipartisanship. He probably can’t have both.

Biden’s White House has repeatedly said he’s open to having a “conversation” about his proposal and is willing to hear “tweaks” and recommendations to improve the bill. What’s less clear is whether the president is willing to lower the scope and ambition of his proposal — especially the $1.9 trillion price tag.

“I’m sure they’d be very happy to work with us if we agreed with everything they proposed,” Sen. Mitt Romney told Vox last week. “How willing they are to work with us if we have ideas about taking this apart and having perhaps two pieces of legislation, or perhaps adjusting certain elements, that’s something they would have to respond to.”

Already, Biden’s White House has unequivocally said they’re not splitting Biden’s package into multiple pieces. And while Biden may be open to lowering the overall number of his plan, Psaki poured cold water on the idea that he’d lower it all the way to $600 billion — repeatedly saying the president believes there’s more danger in Congress doing too little than too much.

There may be room for Biden to meet with Republicans in the middle, but it remains to be seen if both sides are digging in their heels or are ready for some give and take. Republicans have warned that if there’s no room for compromise on Biden’s very first legislative priority, it could spell trouble for negotiations down the line on the president’s upcoming recovery package — which is likely to contain an infrastructure component.