Why Airbnb is suddenly struggling to make money 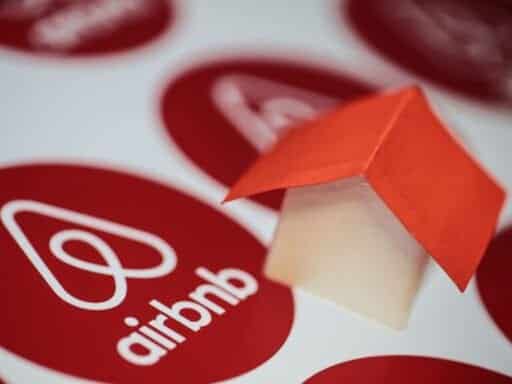 Once a darling in Silicon Valley, the popular platform is showing signs of struggle.

Airbnb has a profit problem. The company has long been a standout among unicorns, a term for private companies worth more than a billion dollars, because it actually turned a profit. That no longer appears to be the case. Ahead of its intended IPO this year, Airbnb is spending big to deal with safety issues, upgrade its tech, and grow its user base. It’s also looking at a whole lot of red.

In the first nine months of 2019 the home-sharing company posted a loss of $322 million, according to the Wall Street Journal. In the same period a year earlier it had a profit of $200 million. The company did manage to post a profit in the third quarter of 2019, but it was lower than Q3 2018, as rising expenses outpaced rising revenue. Meanwhile, Wall Street has lately become less tolerant of money-losing companies tech companies, so these losses will likely put a dent in Airbnb’s valuation, which was estimated to be worth more than $30 billion.

Airbnb makes money by charging a service fee — a percentage of the total — to both the people who rent out their space (hosts) and those who stay there (guests). The lion’s share of expenses and work fall to the hosts — they buy or rent the property, coordinate with guests, clean up after them — while Airbnb collects fees.

So why is it losing money? But some other large expenses have also eaten into Airbnb’s once-profitable bottom line including safety, tech, marketing.

Airbnb has dealt with a string of safety issues, everything from racism to prostitution to gun violence in recent months. Last October, Vice uncovered a nationwide scam that exploited guests by switching their housing last-minute and gouging them for higher prices. Ahead of its IPO, Airbnb has been ramping safety efforts on its platform in hopes of preventing some of these issues and the ensuing bad press, but it remains unclear how soon it can shake the associate stigma.

Not long after the Vice investigation, Airbnb announced that it planned to spend $150 million on safety initiatives, including verifying its seven million listings for accuracy and quality, creating 24/7 safety hotline and a “manual screening of high-risk reservations flagged by our risk detection models.” The company has also tied employee bonuses to safety metrics.

By carefully monitoring it, Airbnb stands to make its platform a lot safer. But being responsible is also a lot more expensive than just creating that platform.

Airbnb doesn’t own the properties on its platform. What makes Airbnb valuable is the platform itself: it provides an easy way for home owners to connect with renters around the world. That said, WSJ reported that Airbnb is spending $100 million to upgrade its tech platform. The company’s administrative costs — running its headquarters, legal, accounting and human-resources — have grown substantially to $175 million in Q3 2019, but that’s also a basic cost of doing business.

It’s typical for companies to spend a lot of money on marketing ahead of an IPO, as they try to grow their business and convince investors to buy its stock. While that marketing might help future growth, it eats into current profits.

Last year, The Information reported that Airbnb doubled its losses in the first quarter of 2019 to $306 million compared to a year earlier, thanks to major spending on marketing. The company spent $367 million on sales and marketing that quarter, a 58 percent jump from Q1 2018. Airbnb, since it’s a private company, doesn’t break down its financials, but it’s likely that marketing is still eating into its profits.