Why Amazon is fighting for $15 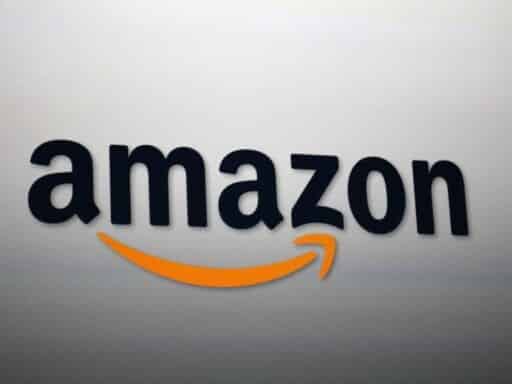 Amazon didn’t just wake up one morning and decide to be nice.

Clearly, it’s raising pay for the same reason a lot of retail chains have been raising nominal pay over the past three years: The economy is improving, and in a decent labor market, if you insist on being a bottom feeder in terms of wages, you are going to end up stuck with very marginal workers.

The decision to specifically set the new entry-level wage at the much-discussed $15-an-hour peg, however, speaks to not just narrow labor market economics but also politics. Some of that politics is trying to get out from under Bernie Sanders’s line of fire (and indeed, Sanders and Jeff Bezos formed a weird mutual admiration society on Twitter Tuesday), but Amazon went even beyond that and said it will start lobbying for a large federal minimum wage increase. What’s up with that?

Well, as Derek Thompson observes, though surely all retailers would prefer to pay lower wages rather than higher, if everyone has to pay higher wages, Amazon probably wins, because “as the industry leader in robotic technology, Amazon could also ‘afford’ a higher labor price by shifting more warehousing and retail labor from humans to machines.”

It’s worth noting that back in the fall of 2005, Walmart — which at the time was the technological leader in retail logistics — pulled this exact same move and started lobbying for a minimum wage increase. Democrats took Congress about a year later, and in 2007, the minimum wage went up. But then the global economy collapsed in 2008-’09, so we never really got a clear look at whether this strategy for world domination was working.

And of course now, 10 years after the Great Recession, Walmart is still a big and successful company, but it’s Amazon that’s the big dog in retail and Walmart is in some ways scrambling to play catch-up.

Obviously, I assume one thing Amazon is hoping to get out of this is to reduce the pressure to subject the company to additional regulatory scrutiny. Lina Khan’s fairly radical proposal to reshape the foundations of American antitrust doctrine has made a ton of intellectual headway over the past three years, and getting people to think, “Actually, Amazon is good,” is an obvious step toward countering that.

What’s interesting, though, is that Amazon clearly perceives this political threat to come from the left even though the right currently monopolizes political power in the United States.

That’s very different from Facebook, which has spent the past two years furiously trying to cozy up to Donald Trump and the Republican Party. Facebook has a major Trump donor on its board, it has a conservative magazine (but no progressive publications) on its fact-checking team, it hired a GOP operative to be its chief global lobbyist and said lobbyist flew to Washington to support Brett Kavanaugh during his hearings, etc.

Amazon, by contrast, has former Obama press secretary Jay Carney leading its PR and seems to worry about what Sanders says about the company.

The difference, I think, reflects Bezos’s besting Mark Zuckerberg when it comes to command of American politics. Amazon’s bet is essentially that Republicans will appoint pro-business ideologues to regulatory agencies and the federal judiciary no matter what, so corporate America is basically golden with a GOP administration in power regardless of any particular company’s public image. Zuckerberg, by contrast, is bending over backward to make sure his platform is friendly to right-wing propaganda broadcasts as if he thinks that will earn him some favors.

Bezos, I think rightly, sees that the only threat to his financial interests from the political right is that the rule of law and civil society might collapse entirely, and he’s invested in the Washington Post to do his part to forestall that outcome. In narrow PR/lobbying terms, meanwhile, he’s worried about whether or not liberals see his company as a force for evil in the world since they’re the ones who might actually do something about it.

And one thing he’s reminding liberals of here is that there are certain virtues to really big companies — they tend to be more productive and can pay higher wages, and precisely because they are so big, you can point and yell at them and try to make them raise pay in a way that’s not possible in a more fractured economy.

We Rate Dogs and archnemesis Brent have reconciled thanks to a puppy
Apple banned Alex Jones’s Infowars. Then the dominoes started to fall.
Trump’s feud with California over emissions standards and homelessness, explained
Vox Sentences: Don’t call it NAFTA
The silent “sixth” sense
How Black Lives Matter fits into the long history of American radicalism