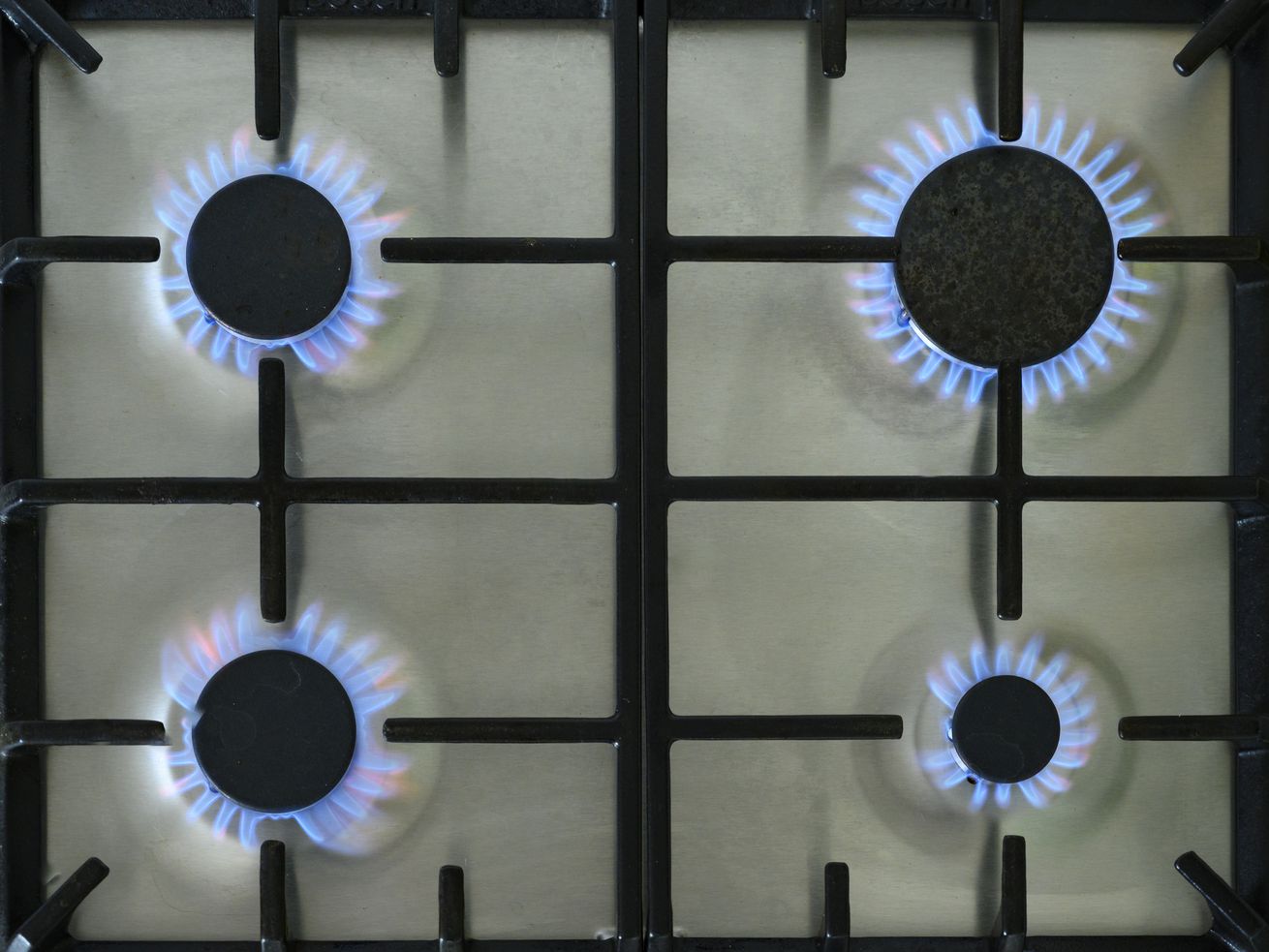 More exports, and the lingering effects of extreme weather, could affect bills.

American households that run on natural gas can expect high bills this winter.

How high prices go depends on a lot of factors, including whether the war in Ukraine takes a new turn and if the winter is unusually mild or cold. The Energy Information Agency’s winter forecast expects bills to be higher than last year’s, though not quite as high as the summer peak.

War in Ukraine and Europe’s ban on Russian gas have already reshaped global markets. Europe is feeling the crunch because of how much of its gas came piped from Russia, but the US faces a different kind of problem.

Throughout most of the 2010s, the US had a supply glut that kept the wholesale price of gas low. Supply far outpaced domestic demand, and almost none of it was exported as liquified natural gas (LNG) to other countries. But since 2016, the US has built new terminals that are capable of exporting gas in its more condensed liquid form. Increased exports have raised costs for American consumers as they compete with global markets that fetch better profits for the industry. Add in the costs of inflation and extreme weather disasters like winter storm Uri, and it looks unlikely that prices will come down for quite some time.

Now that the US is increasingly at the whims of the global market, the pitfalls of running an economy on gas are becoming more obvious.

Gas exports are driving an increase in prices

Until the last few years, the main consumers of gas were industry, the electric sector, and homes, businesses, and vehicles. As LNG exports have grown, they’ve essentially “squeezed” the rest of these US markets, particularly residences, explains Clark Williams-Derry, an energy analyst at the Institute for Energy Economics and Financial Analysis (IEEFA).

Like the gasoline you pay for at the pump, there isn’t a universal price of natural gas. The closest indicator we have for it in the US is called the Henry Hub, a wholesale price named after a busy distribution spot in Louisiana. Looking at what’s happened to the Henry Hub prices helps explain the weirdness of US gas markets right now.

The Henry Hub is not what you’re paying. By the time the gas gets to the home, you’re paying for what it takes to distribute the fuel, the pipelines, and the labor involved. Regulated utilities, generally, are charging consumers for the gas they use and then a fixed cost, the cost of building pipelines to deliver the gas. These costs are rising too, thanks to inflation, so residential prices are rising even faster than what the Henry Hub would indicate.

The Henry Hub price was so low for most of the last decade that producers had trouble staying in business. By 2016, the US had opened its first liquified natural gas terminal in Louisiana, which allowed it to condense the gas so it can be exported to other countries. The opening coincided with a momentous decision made in 2015 to lift a 40-year-old ban on crude oil exports. To ward off another government funding showdown with the GOP-controlled Congress, President Obama signed into law a spending bill that meant the US could start shipping oil to foreign markets for a better price than they could fetch domestically.

It has taken time for the US to ramp up its export capacity, with a pandemic mixed into the equation, so the impact on markets has taken a bit of time to catch up. But economists, including those at the EIA, agree that these terminals are having an impact on domestic prices.

An unexpected event this summer demonstrated just how important exports have become to determining the US price of gas.

In June, there was an explosion at the second-largest natural gas export plant, Freeport LNG, a facility designed to turn gas into its liquid form so it can be shipped across the ocean. The plant, responsible for 20 percent of US LNG capacity, has been shut down ever since, reducing export capacity by a few percentage points.

Henry Hub prices were skyrocketing at the time of the explosion, but even the dent of 2 percentage points in overall US gas consumption was enough to make an apparent difference. The terminal has faced a series of delays in reopening, but when it does, it will once again shift the domestic supply of gas. Two percentage points might not sound like a lot, but there’s not a lot of wiggle room since the pandemic in oil and gas supply and demand. As the explosion showed, it’s enough to change the wholesale price of gas. Indeed, the EIA expects prices to increase further “when the Freeport LNG terminal in Texas” resumes its partial operations because more gas will be exported.

The squeeze will just get tighter if the US continues to build more of these terminals. As they ramp up, LNG exports are projected to double from 2020 levels in 2023. Normally, these terminals are subject to years of environmental reviews and permitting, but Republicans and some Democrats have pushed for speeding up those timelines. Some progressive Democrats have pushed for the Biden administration to pull the plug on LNG exports altogether, fearing that it is not only driving higher prices, but locking the world into decades more of fossil fuel usage that it can’t afford.

“There isn’t a point in which you build enough infrastructure that somehow you isolate yourself from global markets,” said Lorne Stockman, research director for the climate advocacy group Oil Change International. “There are times when supply catches up with demand and prices come down, but inevitably demand starts catching up with supply again. It’s like a hamster wheel.”

You’re being charged more because of epic extreme weather

Henry Hub prices have been falling since August, but residential consumers haven’t felt much relief. Mark Dyson, managing director of the Carbon-Free Electricity Program at the energy think tank RMI, pointed to another reason why: extreme weather.

The supply shortages this time resulted from weather, not international conflict, but the effect was the same as war: Prices went skyrocketing. The combination of these things could have hypothetically turned a $200 bill into a $10,000 one. To ward off that catastrophe, utility regulators instead had companies space out the costs from the storm over a longer period — so consumers, not just in Texas but in Colorado and Minnesota, could be paying for the storm over the next decade.

The problem is, winter storm Uri was possibly not a one-time fluke but an event that may grow more likely because of climate change. It’s harder for scientists to link a single frigid weather event to climate change; some research suggests that warming in the Arctic will increase the chances of polar air spilling south.

There’s a valuable lesson in the Freeport explosion from this summer. Just as a major LNG terminal coming offline can make a difference in domestic prices, so can other things. Energy execs point immediately to more production as one solution, though that creates all kinds of other problems for global warming. As a fossil fuel, the methane from natural gas heats the planet far faster than carbon dioxide.

Stockman suggests it is time to get off the hamster wheel where we try to drill our way out of high energy prices. “The key thing that will make energy cheaper and more secure for Americans is to reduce and eventually end our use of these commodities,” said Stockman.

This is where the policies of the Inflation Reduction Act may make some difference — not in time for this winter, but possibly as early as 2024. One is a fee on excess methane emissions that escape through the drilling and transport of natural gas that could finally incentivize producers to capture more of the lost gas that’s superheating the atmosphere. Another is the range of consumer tax breaks that incentivize energy efficiency of the home, including energy-efficient appliances like heat pumps. Finally, utilities and consumers alike face new incentives to buy renewables over gas, tipping the economics firmly in solar and wind’s favor.