Why are brands so bad at apologizing? 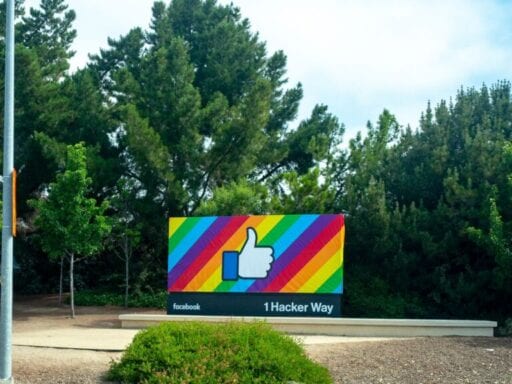 According to a professional apologizer.

Thanks to the internet, apologies look, feel, and sound far different from how they used to. They come in formats that seem unimaginable even just a decade ago: a screenshot of a Notes app, a teary-eyed confessional on YouTube, or a long-winded tech company blog post.

In recent years, apologies and professional statements of regret have become more pervasive than ever, especially in the business world. Corporate contrition, from both high-profile and small businesses alike, is not rare inasmuch as it’s a safety blanket for brands mindful of damage control.

Dishing out a public relations-approved apology gives the impression of appearing sorry, while the company (that’s supposedly in the wrong) attempts to regain its handle on the situation by reminding customers of its values and the intent of its actions — often before the apology itself.

Or in the case of Pepsi’s advertisement with Kendall Jenner, which received backlash for using protest imagery, the company simply said it “missed the mark” in what it was trying to portray.

In The Apology Impulse, co-author Sean O’Meara, a professional apologizer and public relations professional, argues that the corporate world has ruined the sanctity of the apology by failing to say sorry and over-apologizing. The book, which was published on October 29, examines the most egregious and effective business apologies in recent memory, from United Airlines’ passenger-dragging debacle in 2017 (and its failure to properly apologize) to Johnson & Johnson’s calm handling of a Tylenol recall in 1982.

Here, O’Meara discusses what makes an effective apology, the worst apology archetypes, and how social media has made customers demand more cultural responsibility and sensitivity from businesses — and whether or not that’s reasonable.

You outlined several archetypes in the corporate apology starter pack, like the “faux-pology” (when a company expresses limited fault) or the “passive apology” (using passive voice in a statement). In your opinion, which type is the worst and why?

That’s a tough one because I hate all of them. The worst habit an apologizer can fall into is leading with a qualifying character reference, or the Schrodinger’s apology.

Let’s say there’s been a privacy hack with a company and one of the first things addressed in its corporate statement is, “We take the protection of consumer data very seriously.” As a customer, you know there’s a “but” coming in the apology. It assumes that the people you’re giving the apology to are stupid. If you’re going to apologize, if you fail, you don’t get to speak to your own virtues.

“If you’re going to apologize, if you fail, you don’t get to speak to your own virtues”

That adds insult to injury. If you’re apologizing, you’re conceding that you failed. If you’re conceding that you’ve failed, it’s just not the time to give yourself a character reference and say, “Hey. We’re great 99 percent of the time. We messed up here.” If the customer is the 1 percent — if you’re that person that’s really unlucky — that’s going to make them feel worse because they’re like, “Okay. I’m the person that suffered from this rare and exceptional failure, as you put it. That gives me no comfort whatsoever.”

In one chapter, you outlined how it took three of the world’s biggest brands — United Airlines, Facebook, and Papa John’s — three tries each to apologize correctly. These apologies were mostly triggered by a financial loss or a drop in stock prices. Do you think most corporate apologies require a financial incentive?

The short answer is yes. A company’s finances and investor confidence really play a part. With a lot of the high-profile apologies in the book, I suspected some companies were evasive because they were trying to avoid litigation. That’s a myth. Some people believe that saying sorry invites litigation because it’s an admission of guilt. It’s been proven not to be true, particularly in studies on the United States’ health care sector.

It actually lowers the chances of litigation if you apologize. It’s kind of like a game of chicken where a company doesn’t want to say sorry because it doesn’t want to get sued, but it also doesn’t want its stock price to keep tanking. Whichever one becomes more severe first — if the stock price keeps going down, executives lean toward saying sorry versus risking a lawsuit. It does get complicated in that scenario.

Does a proper apology necessarily have to include the phrase “I’m sorry” or could action be more effective to consumers than a statement itself?

I used to think no, but I changed my mind when I was writing the book. I used to think you had to say sorry, but how Johnson & Johnson responded to customers getting poisoned through Tylenol proved me wrong here. The CEO came up with a solution, and he went on TV to deliver that message. The company took a huge financial hit, but they definitely saved lives by quickly enacting a solution.

With that level of action — and I’m not expecting every organization to be able to do this — that was as good as saying sorry. Tylenol didn’t technically owe anybody an apology, but they were sorry because of what happened. Instead of putting out a press release or going on an apology tour, they poured all their energy into fixing the problem, innovating and protecting their customers. So brands can deliver contrition without using the s-word.

In the book, you write that apologies are costly. Why is that, and what are the financial effects?

There’s the obvious cost of promoting an apology to make sure that people get the message. That can be anything up to the hundreds of millions of dollars. I think Uber’s apology campaign was the most expensive one we documented at $500 million.

Then there’s the cost of being sorry. If you imagine an organization that has been criticized for, let’s say, a marketing campaign that people didn’t like or found offensive.

If the company apologizes, it has to presumably scrap that campaign and the creative that goes with it. For example, Dove had a campaign with women taking off their sweaters. As the first woman took her sweater off, the next model in the shop appeared. The way it was edited, it appeared like a black model took off her sweater for a white model to appear. The implication that people took from that was Dove implied that using its products will make you whiter.

I don’t think that’s what Dove intended, but that’s how it looked from a certain angle. Dove had to end that campaign and obviously replace it. You can’t just leave a vacuum where you’re not advertising. There’s the cost of replacing the creative or withdrawing a product, and then there is the extra cost to the organization of being vigilant.

One thing organizations don’t realize is once you say sorry, you’re on notice. Consumers are hyper-vigilant to what you do next. All that extra care, all that extra market testing, focus groups, that all goes into the budget of what it costs to be sorry as an organization.

Can brands ever really issue an apology that feels real and human?

It is rare, but it can be done. I think when you see these apologies, which are usually a social media post or use very vague language, a brand will just pop that out on the internet and they’ve apologized. That, to me, isn’t genuine regret. That is public relations.

JetBlue had a great example of a proper apology when there was a massive snowstorm in 2007. There was bad planning and the airline ended up having to cancel hundreds of flights so thousands of customers were affected.

CEO David Neeleman didn’t immediately apologize. He looked at how JetBlue failed and then made a YouTube video. I’m pretty sure it was the first high-profile corporate apology via social media. If you watch it, you’ll notice that David Neeleman, he’s not a natural publicist. He’s very much a businesslike CEO. He’s sitting in his office and he’s talking to camera and it’s not slick, but it’s authentic in the right way.

Brands go for authenticity and they pay millions of dollars to emulate authenticity. This was real authenticity. This was a guy who was not overly sorry. He was explaining what consumers can expect when his company failed again. He didn’t say if we fail again. He acknowledged that he’s running an airline and there are a lot of moving parts. There will be a future where JetBlue has to cancel flights and people are inconvenienced.

UN: The world has backed itself into a treacherous corner on climate change
Millennials don’t trust the financial industry. These startups want to change that.
Trump’s asylum ban may be a loyalty test for the Supreme Court
Pandemic unemployment insurance is expiring soon. This economist has a fix for it.
Sen. Kirsten Gillibrand drops out of presidential race after failing to qualify for next debate
The real cost of smart speakers