Why brands are weighing in on the Capitol insurrection 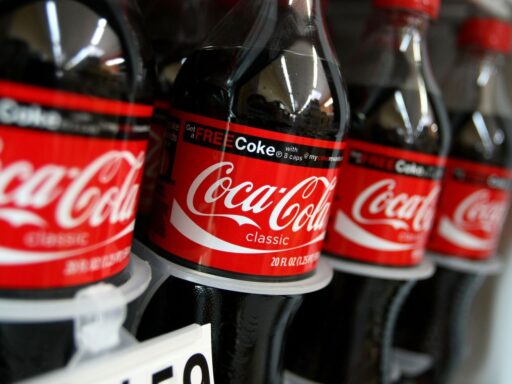 Brand statements about major news events are inevitable at this point.

People laughed, or something like it, on Thursday night when Axe, the body spray brand, tweeted that they would “rather be lonely than with that mob” quote tweeting an image of a can of their spray found at the Capitol following Wednesday’s attack.

We’d rather be lonely than with that mob. AXE condemns yesterday’s acts of violence and hate at the Capitol. We believe in the democratic process and the peaceful transition of power. https://t.co/vX727ZfvS8

But the laughter — or whatever you call the single, bitter “hah” I bark out when I read a tweet that says “I am dead and in hell” — was knowing. We’re familiar with this.

It is common, if not standard, operating procedure for a brand to issue a statement and distance itself when it’s found at the scene of a news event. Skittles and Arizona Ice Tea did so after those snacks were found on Trayvon Martin’s person following his murder. Tic Tac denounced Donald Trump after he was seen with their mints during a 2016 debate. The logic doesn’t quite make sense — you’d be hard-pressed to find someone who truly believes that purchasing a product makes the company that produces it responsible for all your actions — but this is one of the ways the world works. Brands are inevitable in American life, as Rebecca Jennings wrote in 2018, and when they don’t take advantage of these moments, the way that Coca-Cola declined to with Christine Blasey Ford’s consumption of their soda during the Brett Kavanaugh hearings, some online will actively call for them to capitalize on it.

This is a direct result of brand building, the mechanism by which companies become people and people become companies. Corporations have long tried to humanize themselves; they’re people too, as the saying and legal reality goes, at least in the United States. Brand building means utilizing voice and perspective, engaging with followers, honing your message, knowing your audience. Google “how to build a brand” and nine million marketing firms with names like FizzSnap will give you this same advice.

Individuals, especially influencers and media personalities, use those same tools to create optimized, public-facing versions of themselves for fun and profit. Nowadays, we’ll talk about say “the Kylie Jenner brand” and the “the FritoLay brand” and those entities are effectively the same or at least can merge together on the same plane.

There was a time when brands avoided controversy altogether, but those days are long gone. In the last few years, brands have become more and more political. This is in large part because customers respond well to it, eagerly buying Nike after they supported Colin Kaepernick or cheering on Chobani for boosting refugees. We’re a politically divided nation, and as Jessica Li told Nadra Nittle for Vox in 2018, “Brands might feel like they’re able to take a stronger stand and get more support from their target market.” Even losses from one side of the aisle can mean a boost from the other, as Nordstrom learned when right-leaning customers came out in droves as a big “F-you” to protests of the store carrying Ivanka Trump’s line.

This opportunity has, in the intervening years, become an expectation, which now borders on a requirement. As AdAge diligently tracks, brands weigh in on everything from Black Lives Matter to the coronavirus to the election.

That’s why it’s far from just Axe weighing in Wednesday’s horrific events. Ben & Jerry’s, a company with a history of interest in social justice movements, said, “Yesterday was not a protest—it was a riot to uphold white supremacy.” Patagonia called out hypocrisy with regard to how Black Lives Matter protesters were treated. Coca-Cola tweeted a statement that they were “stunned” at the action and urged a peaceful transfer of power. Chevron called for a peaceful transition as well, saying they look forward to working with President-elect Biden.

We call for the peaceful transition of the U.S. government. The violence in Washington, D.C. tarnishes a two-century tradition of respect for the rule of law. We look forward to engaging with President-Elect Biden and his administration to move the nation forward.

These responses felt, not to put too fine a point on it, on-brand. Ben & Jerry’s and Patagonia are historically progressive companies, and they issued clarifications about the protests. Major conglomerates, like Coca-Cola and Chevron with more complicated reputations, called for business as usual. But there were some surprises, too. The head of the National Association of Manufacturers — a group that represents Exxon, Pfizer, and Toyota among about 14,000 others — called for President Trump’s removal from office.

NAM Chief Executive Jay Timmons’ hardline is particularly interesting, a position many prominent Democrats won’t even seem to take. Trump is the businessman president, after all. He’s used the reputation of the very idea of “business” to sub in for his own, and he’s been encouraged by many in the community. The businesses are as much his constituents as the people who stormed the Capitol.

The fact is that Americans live under certain systems. There’s our system of government, democracy (kind of, arguably, a question for my colleagues in the politics section), but just as important is our economic system: capitalism. It’s a word we say so much that it stops meaning anything, but it just means that private actors control trade and industry. Historically, there has been some interplay between capitalism and government, but since the 1980s, we’ve been more and more concerned with how the government might be hindering capitalism, responding to the fear with increasing deregulation and not as pressingly concerned with how capitalism may be hindering the government. (Although it certainly pops up from time to time, like when we try to discuss campaign finance reform.) Capitalism has grown and grown over this time, and now is arguably the dominant force in American life.

Maybe it’s even simpler than that, even without all the deregulation: Companies and their attendant brands are an integral part of our lives. They’re our employers; they provide what we eat and how we get dressed and get around and talk to each other. For most people, their congressional representation is, at the very least, a lot less present in their day-to-day than Amazon. They’re inevitable.

Many, many, many of these corporate entities that we simply cannot escape have seemingly been fine with the president’s actions as long as the stock market performs. Now, following five deaths in the nation’s Capitol building, capitalism is pushing back to varying degrees. Of all the things to take issue with companies for — abusing and exploiting workers, polluting the planet, manipulating and taking advantage of consumers, avoiding regulation and shunting responsibility — popping up to say “Hey, just so you guys know, we’re against insurrection” is like, whatever, fine.

Odds are, more responses are to come. Whether or not they should is a question that comms teams and social media managers across the country are weighing as we speak. We’ll likely see debates about who is attempting to profit off this moment and how, and woof, no one should; we are all poorer for it. As Jayde I. Powell, head of social for herbal beverage company Sunwink, wrote for AdWeek, this is not a marketing moment. It’s not — but it is something else that’s normal these days, a corporate reality that exists uncomfortably in between opportunity and obligation. (Plus, Trump’s about to leave office, so it’s hard to lose anything by speaking out now.)

Brands are weighing in thanks to the same force that caused influencer after influencer after your normal-if-clueless-friend-from-high-school to post black squares in support of Black Lives Matter — if only those influencers and high school classmates employed thousands of people and had sway in the global markets. It’s social pressure and putting on the right face; it’s brand building and maintenance; it’s the natural consequence of companies being as powerful as the branches of government. It’s absurd, and it’s inevitable in our severely broken system of systems.

Why New York has 12 times as many coronavirus deaths as California
Why you see online ads for stuff you buy in the real world
Read: The Justice Department’s inspector general report on the Russia investigation
Why Klobuchar and Buttigieg fought over the Mexican president’s name
Mrs. America’s many brands of feminism, discussed and dissected
How Ted Cruz’s ill-fated trip to Cancun blew up from Twitter rumor to major scandal