Why conservatives keep gaslighting the nation about climate change 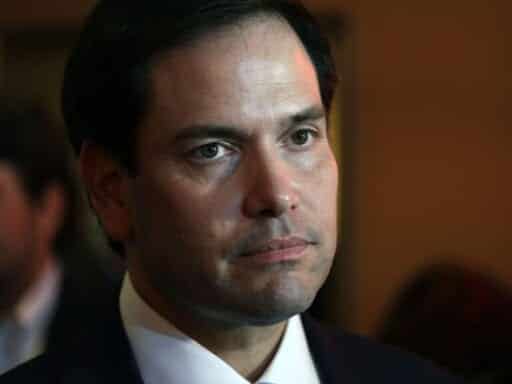 In recent years, leaders of the Republican Party have become aware that denying the existence of global warming makes them look like idiots. Changes in climate have become obvious, not just to scientists, but to ordinary people — they can be directly measured, with such exotic instruments as a “thermometer.” Majorities of every group except the most conservative Republicans (who will trust their media over their lying eyes) believe it is happening.

Denying visible, tangible reality is a dicey business, even for the modern US right. It makes the party look like a death cult. So Republican climate-communication strategy has undergone something of an adjustment.

Not a large adjustment, mind you. The GOP remains dead set against doing anything about climate change, against any policy that would threaten the profits of fossil fuel companies. That is the non-negotiable baseline, despite a few fringe figures who signal otherwise (until the time comes for votes).

But front-line, hardcore denialism of the “it’s a hoax” variety has largely receded to the base. Republican leaders and spokespeople have moved back to the next line of defense: Yes, the climate is changing, but we don’t know to what extent humans are responsible.

Professional double-talker Marco Rubio, senator from the climate-battered state of Florida, ran a version of this on CNN’s Jake Tapper show about a week ago.

“Sea level rise and changes in the climate, those are measurable,” Rubio said. “I don’t think there’s a debate about whether that’s happening because you can measure that.” See? He’s a reasonable guy! Not some crazy denier.

“The secondary aspect,” he adds, “is how much of that is due to human activity…”

Tapper pushes on: “Do you believe it is man-made?”

In short: The climate is changing but we’re not sure why.

Make note of what policy might follow from this perspective. We don’t really know how much humans are contributing to climate change, so there’s no sense in trying hard to reduce our emissions. But we do know sea levels are rising — “that’s measurable” — so we know we need to build up Fortress America to withstand the changes.

This thinking leads directly to the ideal reactionary climate policy: all adaptation, no mitigation. That would benefit only local constituencies (“America first!”), not the world; it would exacerbate, not ameliorate, inequality; and it would give the federal government carte blanche to hand out adaptation funding under the guise of “security,” where it will not be too closely scrutinized.

Rubio’s is not a new rhetorical ploy, of course, nor is it unique to him. But it has helped the GOP wriggle out from under the uncomfortable “denier” label. Conservative leaders who pull this move tend to get the headlines they want: “Republican acknowledges climate change.”

There are two things to say about this rhetorical move by the GOP.

First, this is still denialism. It doesn’t get Republicans out of the trap like they think it does, unless the media is incredibly lazy. (Ahem.) Second, and more broadly, the ever-shifting rhetoric of climate denial reveals that particular arguments about science were never really offered in good faith. The fact is, the GOP is the party of fossil fuels; it recognizes, accurately, that to acknowledge climate change is to empower its opponents.

Firstl, and we’ll put this in bold, so perhaps everyone in US media and politics can absorb it once and for all:

Human responsibility is the whole point. It is the heart of the matter. That is precisely what the much-discussed scientific consensus is a consensus about. Denying it — or muddying it up, saying “many scientists would debate the percentage [that] is contributable to man versus normal fluctuations” — is what we mean when we talk about denialism.

It’s just not true that “many scientists” debate the human contribution to climate change. Climate scientists are effectively certain that human beings are responsible for most or all of the warming over the past few centuries. (Or more than all of it — there’s some evidence we’d be drifting toward an ice age if not for global warming.)

Nothing is 100 percent certain in science, but the reports from the Intergovernmental Panel on Climate Change (IPCC), which summarize the state of science, express a 95 percent confidence that humans have caused more than half and most likely all or more than all of recent global temperature rise. That is about as close to certain as scientists ever get about anything.

Here, from Skeptical Science, is a selection of independent peer-reviewed studies and their conclusions about the balance of human and natural “forcings” that warm the climate:

As you can see, most put the human contribution at or above 100 percent. Natural forcings are small and possibly negative, i.e., cooling.

So: Yes, humans are causing global warming and the only thing that can slow it is a rapid reduction in human greenhouse gas emissions. That is a fact, at least insofar as anything counts as a fact in these ridiculous post-truth times. There is simply no other plausible story.

None of it is in good faith

Having just made that basic argument for the 12 billionth time in my career, let me follow up by pointing out that making that argument is almost certainly futile. There is no interlocutor on the other side interested in arguments of facts. There’s no one to talk to.

To see the true nature of right-wing climate denialism, it’s better to look past people like Rubio, who have trained their whole lives to pass as moderate on Sunday talk shows. Instead, the real truth of right-wing tribalism works on climate change is embodied by none other than President Donald Trump.

Consider Trump’s responses to the questioning of Lesley Stahl of 60 Minutes on the subject of climate change. Historians will marvel over this document:

Lesley Stahl of 60 Minutes presses Trump about his climate change views. He says: “I think something’s happening. Something’s changing – and it’ll change back again. I don’t think it’s a hoax, I think there’s probably a difference. But I don’t know that it’s man-made.” pic.twitter.com/MAIO1gJNKY

There’s no argument here. Trump does not make arguments. There are just … phrases, unconnected to the phrases that precede and follow them. It’s just bits of rhetoric Trump has heard — his impression of what his people say about these things — jumbled up in his brain.

Note that someone clearly told him before the interview that the “hoax” thing is a trap and he should not outright deny climate change. You can tell, because he just blurts it out: “I don’t think it’s a hoax.” And then, “I’m not denying climate change.”

She protests: “But that’s denying it.” She asks, “What about all the scientists?”

“Scientists also have a political agenda,” he says. That sounds like he’s calling it a hoax!

The point here is not to catch Trump in a contradiction. Trump contradicts himself every time he opens his mouth. He does not have beliefs as such, not like we ordinarily understand them, and so he can’t really contradict himself. Nothing divided by nothing is nothing.

Rather, the point is that Trump, in this as in so many other areas, is a rawer, truer reflection of right-wing thinking on this subject.

Listening to him talk, it’s clear that everything is geared around defending the right’s tribal position. He just says whatever comes to mind in that pursuit, grabs whatever talking point bubbles up from his Fox-informed subconscious. It doesn’t matter — I’m sure it never occurs to him — that half the things he says don’t fit with the other half. He’s not offering good-faith arguments, statements of fact or reasoning meant to be subject to critical scrutiny.

Persuasion is not any part of this, in either direction. The goal is only to deflect, confuse, and mislead, in defense of the status quo.

Conservatives have been gaslighting the nation about climate change for years

That is obviously true when it comes to Trump, because he scarcely tries, indeed doesn’t know how, to pretend otherwise. But it’s just as true of the entire conservative movement, for decades now.

All the denialist talking points — nefarious scientists, sunspots, natural cycles — have their true believers in the base, among the chumps who drink the Kool-Aid and fill up the comment sections.

But the motive force is not any assessment of science. It’s the tight alliance between the cultural politics of white resentment and the power of fossil fuel and related industries. To acknowledge anthropogenic climate change is to empower liberals, open the door to additional taxes and regulations, and threaten the power of the fossil fuel industry.

The Republican Party as currently constituted will simply never do those things. Ever. The arguments are secondary.

It’s difficult for people who care about climate change to accept this. It implies that all those hours spent earnestly arguing about climate science have been, to a first approximation, wasted. And it’s been a lot of hours — thousands and thousands of hours, spent by people of good faith in hopes that evidence and reason can change minds.

But it always should have been obvious that those with power connected to fossil fuels will not give up that power without a fight. They certainly will not give it up based on scientific or humanistic considerations. They will defend their prerogatives and privileges, as those with power always have, throughout history.

And they will always find people who will defend their interests, using whatever language serves the purpose. The arguments offered to the public may be scientific, political, or economic, or some jumble thereof, as with Trump. They may make occasional rhetorical concessions, if the tide of public opinion threatens them. They will perform substantive engagement, to the extent circumstances demand it.

But defense of the status quo is the point, not the arguments. And the only way it can be overcome is through power and money, i.e., organized political opposition. Focusing on the words — scrutinizing the exact mathematical degree of denial displayed in a particular Republican’s comments, as though it reflects anything deeper — is just getting played.

They are gaslighting, not persuading, and it will end when they are beaten and removed from office, not when climate scientists find just the right argument.

Antarctica just set a record high temperature of 64.9 degrees
Wisconsin has an election next week in the middle of a pandemic. It’s shaping up to be a debacle.
Amy Klobuchar on Brett Kavanaugh: “He got a really good job out of the whole thing”
YouTube just made sweeping positive changes to its harassment policy. So why all the backlash?
Trump’s latest comments about the border indicate he doesn’t understand how trade works
Democrats cry foul on Trump’s dismissals of Vindman and Sondland

America’s third Covid-19 surge is here. It was predictable — and preventable.