Why did a coconut water brand threaten to send a Twitter user a bottle of pee? 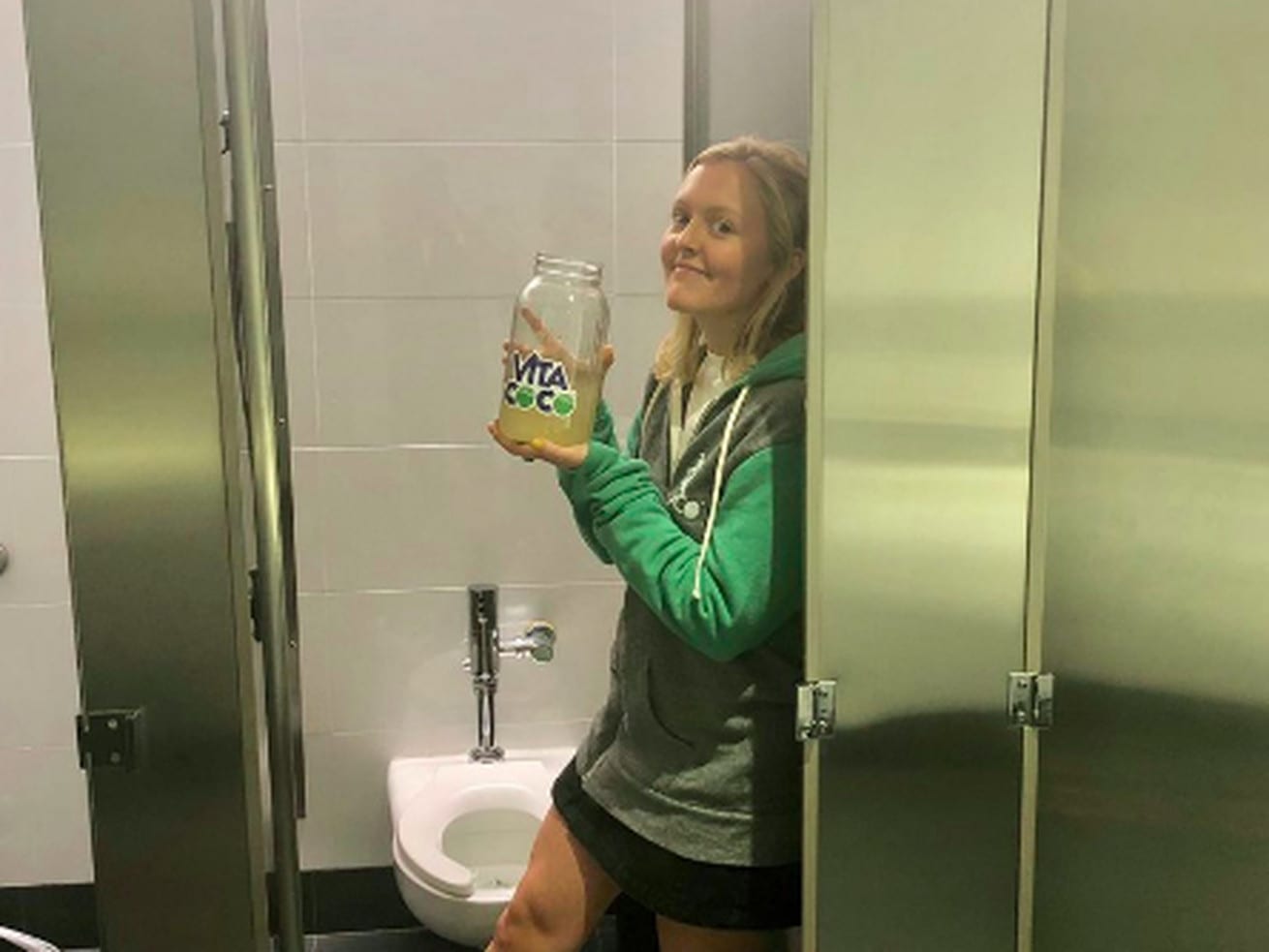 Every day, brands like Wendy’s and Burger King pretend to be edgy or depressed on Twitter, but it’s not particularly often that brands threaten to send a bottle of actual urine to a random Twitter user.

It did happen Wednesday, though. When Tony Posnanski, amateur MMA fighter and the author of a piece on HuffPost titled “Coconut Water Is Disgusting,” tweeted to the coconut water brand Vita Coco that he “would rather drink your social media persons [sic] piss than coconut water,” it responded with the following visual threat:

Besides Tony Posnanski’s address, many questions remained. First: Why? Second: Was it real pee?

Some on Twitter surmised that it absolutely could not be pee. For one, the color was off. Maybe it was actually Vita Coco’s pineapple coconut water? Or perhaps lemonade? Also, there was simply too much of it to really be pee. “No way that much pee is from one piss,” determined BuzzFeed’s Katie Notopoulos.

To find out, I messaged Vita Coco, whose brand director Allison Finazzo responded. We spoke on the phone, and she told me that yes, it is pee, but also, it is a marketing stunt.

Like all things on Brand Twitter, the pee tweet is part of a larger campaign. Though Vita Coco rarely tweets, it started doing so today to respond to people who, in the past year, have tweeted about how much they despise coconut water.

Why? Because Vita Coco just launched a new product that is supposed to taste like actual coconuts rather than coconut water. Finazzo described it as “like an Almond Joy,” which is why the title of the campaign is called “Impossible to Hate.”

In searching for virulent coconut water haters, Vita Coco found a very willing sparring partner in Tony. When he replied with the piss comment, Finazzo said the only person who had to sign off on the reply was the social media person herself, who is also the woman in the photo and whose name is Lane Rawlings. “We don’t take ourselves too seriously, and we’re an independent company, so when something feels right, we just do it,” Finazzo said.

“I’m guessing the pee isn’t actually real?” I asked, to which Finazzo responded: “It actually is. She went to the bathroom.”

I told her people thought the color of the piss was suspicious.

“I cannot confirm or deny why the pee is the color it is,” she said, and that was that.

Though Tony did give Vita Coco his address, the company does not plan on sending him actual pee. He will receive some of the new coconut water, however.

Finazzo said that the company will probably continue using its “irreverent” voice on Twitter: “We all trust our instincts and know when something is toeing the line between provocative and inappropriate.”

“And also, it’s Twitter. This is what Twitter was created for, these moments.” Increasingly, it seems, that is correct.

In trying times, Americans look to our true leaders — chain restaurants — for guidance
The best award show segment of the weekend is LA’s Gay Men’s Chorus celebrating Laura Dern
Joe Biden announces Janet Yellen as Treasury secretary pick
This week in TikTok: The funniest skin care influencer you don’t know yet
On Mars, an autonomous rover and helicopter will roam free
How the Milwaukee Bucks kicked off a historic NBA protest