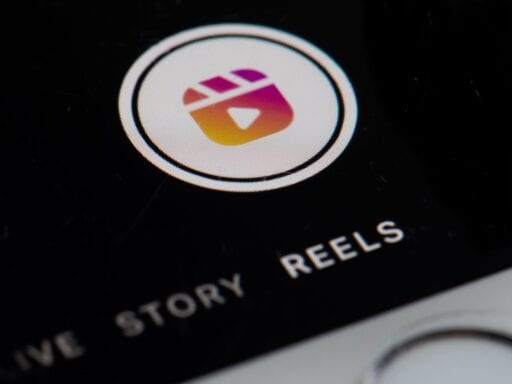 I’ve been trying to put my finger on why Instagram Reels sucks so bad. The feature — a rather shameless clone of TikTok — launched on August 5, tucked away within the Stories camera and making Instagram’s already confusing Explore page even more so.

Nobody else really seems to be enjoying it either: the New York Times called it “a dud” for its lack of fun video editing features or useful discovery mechanisms; my colleague at the Verge, Julia Alexander, notes how difficult it is to even find Reels on Instagram at all. As one user in India told CNN, after TikTok had been banned in the country, “There is no one that can come close to TikTok.”

There are a million reasons why Instagram Reels feels stale to seasoned TikTok users and regular Instagrammers alike. But I think the root of the problem is this: Almost all the content is from blue checks.

“Blue checks” is a sort-of derogatory term for people who are “verified” on social media, the caste of celebrities and aspiring celebrities and not-at-all celebrities (like journalists) for whom posting online is less a personal hobby and more like an extension of their job. I can’t just go around retweeting conspiracy theories because I’m a reporter, and famous people can’t go around liking shady Instagram comments because it’ll make national news. In short, blue checks have more to lose, so they’re nowhere near as creative or weird.

Which means that blue checks, in general, don’t post the kind of content that makes TikTok — or really any platform — wonderful in the first place. I don’t watch TikTok for Jason DeRulo’s thirsty attempts at viral fame, I watch it because the random nobodies who make up the For You page have built an entirely new language of comedy and video art.

Instagram Reels has replaced these wildly entertaining nobodies with professional lifestyle influencers, people who post brand-safe outfit transformation memes that peaked on TikTok six months ago. It’s not to say that there’s no audience for that, but for a generation accustomed to seeing the best videos regardless of who they came from, it’s the same résumé-approved content that makes Instagram boring in the first place.

It’s also the same problem that persists on another recently hyped TikTok knockoff, but for different reasons. Triller, which has splashy celebrity investors and hired TikTok star Josh Richards to act as chief strategy officer, seeks to be the “adult version” of TikTok. If the app is any indication, this basically just means that pretty much everyone on the Triller home page is a verified user (Blac Chyna, Lele Pons, and Donald Trump all showed up on my feed within about a minute of scrolling).

Both Instagram Reels and Triller have leveraged their networks of influencers and celebrities to create content in the hopes that millions of regular people will follow. TikTok tried the same thing, in the beginning (Cardi B and the Jonas Brothers were briefly paid to join), but the reason it took off wasn’t because Will Smith made an account. It was because young, creative kids were drawn to the editing features and an algorithm that made overnight virality possible. By prioritizing the blue checks, neither of the biggest alternatives will be able to replicate what makes TikTok worth watching.

If 2019 was the summer of VSCO girls, 2020 is the summer of the “main character.” Since May, TikTokers, most of them young women, have been making videos in which they pretend, ironically or otherwise, to be the main character of their lives, doing things that a stereotypical girl in an indie movie might do, like lay down in the middle of the street or jump in a random Uber and announce vaguely “I’m going home.”

There is a sense of longing and need in the meme — “drinking out of a wine glass and looking over the balcony so everyone on this beach knows I’m the main character,” reads the caption on one, while one of the most popular videos just repeats the phrase “give me attention” — but there’s also a handy life lesson in here, too. As another popular audio track advises, “You have to start romanticizing your life. You have to start thinking of yourself as the main character, because if you don’t, life will continue to pass you by, and all the little things that make it beautiful will continue to go unnoticed.”

This mom’s tutorial on old-school dance moves taught me more than 15 years of public education.