Why Google wants to sell its gadgets in Goop stores 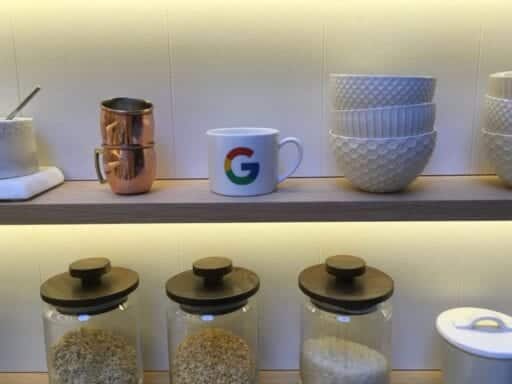 A pseudoscience lifestyle brand and a tech giant can get a lot from teaming up.

Tucked into a blog post published on Google’s website last week, amid news about the launch of the company’s third-generation Pixel smartphone, was the information that the tech giant is “joining forces” with Gwyneth Paltrow’s $250 million lifestyle empire, Goop.

So far, the partnership is limited: Goop will be selling Google Home smart speakers and accessories in its holiday pop-ups and permanent “goop Lab” stores. A Google spokesperson told me the devices will “be available to experience and shop” starting next week at the flagship Goop store in Los Angeles’s Brentwood neighborhood, running through the end of January 2019, and at Goop pop-up shops in various other cities during the holiday season.

Starting the first week of November, they’ll also be available at a new, yet-to-be-announced permanent Goop store in New York City. (A Goop representative confirmed a November 1 opening for the store, which will be in Noho.)

On its surface, this is a weird collab: What does a wildly expensive luxury brand, founded on the premise that not everyone can be beautiful and rich and healthy, want with a brand best known for an unsexy search engine running on the brain power of a bunch of nerds? What could one of the world’s most powerful technology and science companies gain from a startup that was recently fined $145,000 for telling women that putting a piece of rose quartz up their vagina would regulate their menstrual cycle and prevent uterine prolapse?

We really don’t have to look that closely. It’s an example of mutual corporate back-scratching that incorporates two of consumerism’s favorite buzzwords: “wellness” and “luxury.”

Google has only been making physical devices for three years, and in trying to increase its market share, it’s been trying to court a more “aspirational” demographic to differentiate itself from Apple, which has a firm hold on the mass market. The Verge’s review of the Pixel 3 phone says it’s the first Google device that feels “premium” — it nixed the “faux-humility” of the Pixel 2’s plasticky coating and is now fully aluminum and glass.

To promote the phones, which cost upward of $1,000 with full storage (comparable to Apple’s last several iPhones, but a markup from the Pixel and the Pixel 2), Google has already hired Annie Leibovitz. The photographer best known for more than 40 years of defining celebrity photography on the covers of Rolling Stone and Vanity Fair will tour the country and take photos with the Pixel 3’s camera. Google also paid Condé Nast to use a Pixel 3 to shoot seven November magazine covers, including those for luxury lifestyle titles like Architecture Digest, W, Condé Nast Traveler, and GQ.

But Google’s new hardware marketing strategy isn’t just about luxury. It’s also about that word you’ve heard so many times it no longer feels like a word, more like a round, lozenge-shaped thing that falls out of your mouth every time it opens. Wellness.

The company has been promoting the idea of “digital wellbeing” in its latest hardware and software push, emphasizing Android features that help you limit your time spent in various apps, with appealing graphics to show just how much time you’re wasting.

At Google’s annual I/O event in May, CEO Sundar Pichai promised that Google would bring its customers a new feeling this year, in addition to new products: “JOMO,” or the “joy of missing out.” You can “shush” a Google phone (put into do-not-disturb mode by setting it face down) or “wind down” a Google phone (set a bedtime that switches the screen to grayscale).

In a Wired feature from May, Arielle Pardes pointed out that the idea of “digital wellness” started at Google in 2012, when product designer Tristan Harris sent a company-wide memo about how unethical he thought Google’s Inbox app notifications were. It was a 144-page presentation titled “Call to Minimize Distraction and Respect Users’ Attention,” and earned Harris the role of “design ethicist” — a job created specifically for him, and which he held until 2016, when he left to start a nonprofit called Time Well Spent.

Pardes compared Google’s interest in digital wellbeing to other wellness trends, saying it makes living a more balanced life look easier than it really is. Which, incidentally, is Goop’s whole MO — albeit more often at price points that are totally inaccessible to the average consumer.

When Goop’s first permanent store opened in Los Angeles last fall, LA Weekly’s Jillian Scheinfeld described it as “equal parts ridic and chic as fuck.” It was advertised as a “bungalow” but actually set up as a series of “well-appointed” rooms in a fancy apartment — including a functioning kitchen, an apothecary, a greenhouse, and a living room with “midnight blue” wallpaper and a sheepskin throw on a walnut daybed.

Google’s holiday pop-up hardware store, which opens Thursday in New York, is the tech version of that. It’s in Soho, on Greene Street, approximately 200 feet from the Soho Apple Store, and sandwiched between a Dior boutique and the millennial-first couch company Burrow’s new “experiential” retail store.

It’s a “literal interpretation of a hardware store,” except incredibly sleek — attended to by salespeople in bright white button-downs and $200 Timberlands, and full of bright white toolboxes and bright aluminum paint cans with labels that reflect Google hardware’s pastel color palette — sharply different from the bold primary colors of its web services.

There are Edison bulbs and chunks of rose quartz. There’s a bright miniature kitchen with copper mugs and a shiny French press, with an adorable aqua mini-stove and ’60s-vintage-inspired floor tiling that reads “Hey Google,” and a secret candy drawer that pops open upon asking the new Google Home Hub for a snack. (The Google Home Hub is the store’s star attraction, but you can also buy the Pixel 3, Google Home speakers, and other accessories.)

The idea of digital wellness started at Google, just as Goop was building out its empire

Each purchase can be gift-wrapped at a DIY station equipped with six different pastel-printed papers, balls of twine, and gold-handled scissors. You carry it home in a tote bag with one of Google’s new signature colors — “not pink,” “midnight blue,” “aqua,” or, unfortunately, “just white” — printed on the side. It comes with a manual, created by Canadian artist Hiller Goodspeed, which is full of dozens of pastel-hued illustrated guides like “How to take care of your (digital) self” and “How to start your next vacation faster.”

As deliberately Instagrammable, supposedly “interactive” retail experiences go, this one is really nice. The treehouse (there is a treehouse!) is stocked with Nancy Drew books. The smells are all fresh paint and money. There are multiple coloring lounges and dozens of opportunities to request that Google’s voice assistant perform strange tasks for you. (You can ask it to tell you a ghost story!)

It is also, as these retail experiences go, pretty typical, in that it is beautiful and aspirational. Everything that’s available to buy costs a lot of money, and I was dressed so improperly for the experience (in sneakers and a button-down black dress) that one of the store’s attendants came over and asked me to stop taking photos, implying that he wasn’t exactly sure how I’d found my way into a press preview.

All this to say: When Google products move over into Goop stores, the transition will be seamless. It’s the perfect aspirational lifestyle play for Google — and Goop will get some important rebranding from the arrangement too.

Goop has struggled with credibility and with accusations of spreading misinformation. Earlier this year, it was forced to relabel health and wellness advice content on its website with disclaimers like “For Your Enjoyment: There probably aren’t going to be peer-reviewed studies about this concept, but it’s fun, and there’s real merit in that,” and “Ancient Modality: This practice is nearly as old as time — many find value in it, even if modern-day research hasn’t caught up yet.”

In a bombastic and delightfully gossipy (the cigarette!) New York Times magazine profile of Gwyneth Paltrow published in July, she revealed that her company’s plan to launch its own magazine in partnership with Condé Nast (a Google partner) fell through because the publisher insisted Goop use a fact-checker. By partnering with Google, Goop has an opportunity to affiliate its brand with big data and proven fact, without actually validating any of its own claims.

In the Times profile, Paltrow also revealed that the company was worth $250 million, and thanked her haters for her success. Writer Taffy Brodesser-Akner explained:

The weirder Goop went, the more its readers rejoiced. And then, of course, the more Goop was criticized: by mainstream doctors with accusations of pseudoscience, by websites like Slate and Jezebel saying it was no longer ludicrous — no, now it was dangerous. And elsewhere people would wonder how Gwyneth Paltrow could try to solve our problems when her life seemed almost comically problem-free. But every time there was a negative story about her or her company, all that did was bring more people to the site — among them those who had similar kinds of questions and couldn’t find help in mainstream medicine.

Nobody understands the mechanics of this — a great search-engine optimization/clickbait feedback loop scam — better than Google. Google Search placement and Google Trend might be two of the least sexy but most important things any fledgling brand has to worry about. If anyone knows how great Goop is doing on that front, it’s the company that holds practically every internet user’s browsing data.

If Google wants to get seriously into luxury and wellness, nobody’s more tightly associated with those buzzwords than Goop. We don’t know the extent of Goop and Google’s partnership yet, but it makes perfect sense. “The minute the phrase ‘having it all’ lost favor among women, wellness came in to pick up the pieces,” Brodesser-Akner wrote. “Wellness was maybe a result of too much having it all, too much pursuit, too many boxes that we’d seen our exhausted mothers fall into bed without checking off.”

That explains the rise of Goop’s brand of aspirational wellness, but wellness as a concept also arrived because of too many email notifications, too many “active” or “away” status bubbles, and too many tech companies like Google that made every moment of our lives schedulable and therefore monetizable. A partnership between the two makes total sense business-wise — and for consumers, it’s a match made in a rosy, well-lit hell.

Joker: reviews and analysis of the year’s most controversial comic book movie
America has no federal response to this crisis
Why Nevada’s powerful Culinary Union has issues with Bernie Sanders
The Sanders-Warren dispute about how to pay for Medicare-for-all, explained
Trump lawyer’s response to the Bolton bombshell is that it doesn’t matter
Amazon warehouse workers say they’re doing “back-breaking” work without paid time off