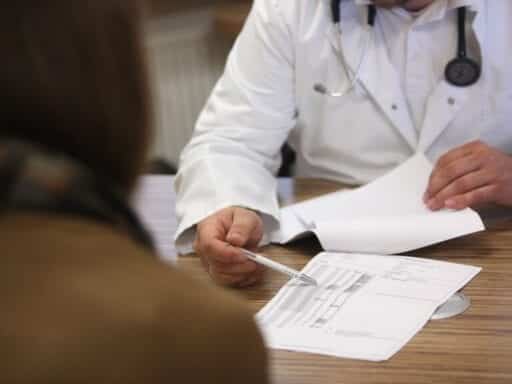 Many have seen their premium costs drop, but it’s not all good news.

Two years ago, President Donald Trump ended key subsidies to health insurers that help reduce out-of-pocket costs for low-income Americans who buy insurance through Obamacare. Today, the insurance market has adjusted to the loss of federal payments — but the consequences for patients are quite different depending on how much they earn and where they live.

A group of health researchers, led by David Anderson at Duke University, released a new analysis on Monday that broke down the changes in affordability for Obamacare-compliant plans since Trump ended the cost-sharing reduction (CSR) subsidies.

If you’ll recall, the worry when Trump cut those payments was premiums would be raised exorbitantly or insurers would just decide to leave the market altogether.

But what happened, as described in the paper, is quite a bit better than we feared — at least for people who get tax credits to pay their premiums, and especially for people who live in rural areas. Health insurance is actually more affordable for the subsidized consumer now than it was before the CSR payments were cut, and in a reversal from prior years, rural plans have gotten cheaper than urban plans for those customers.

But for people who don’t receive the tax credit (the cutoff is 400 percent of the federal poverty level, about $50,000 for an individual and $103,000 for a family of four), things have gotten worse. They’ve seen premiums rise significantly, creating a yawning gap in affordability between those who get federal assistance and those who don’t.

It is another stark reminder that middle-class people are among those really struggling with unaffordable health insurance right now.

For people who qualify for tax credits, the increased affordability was the result of several steps states and insurers took to make up for the loss of cost-sharing payments.

Those steps included regulations that had broadly the effect of increasing the size of the federal subsidy without increasing prices for every plan.

One method was called “silver loading”: Insurers hiked rates for the “benchmark” plan that is used to determine the size of the subsidy, but left the price for skimpier and more generous plans the same. It made a bronze plan, which covers 60 percent of medical costs, free or close to it for people with subsidies, and made it more affordable for customers to buy a gold plan that covers 80 percent of costs instead of the “benchmark” that covers 70.

Rural areas saw the more significant drop in prices because they are more likely to have monopolies, Anderson, Jean Abraham at the University of Minnesota-Twin Cities, and Pitt’s Coleman Drake found. A single insurer could game the subsidy system to make those other plans more affordable more effectively than those that have to compete with other insurers.

“Majority-rural [rating areas] were much more likely than majority-urban ones to be served by monopolist insurers, which could fully leverage silver loading or switching to increase revenue from premium tax credits and reduce minimum net premiums,” they said.

How Netflix’s new mafia documentary failed
Covid-19 taught companies how to run remote offices. That could transform developing countries.
Why coal power is now an economic loser around the world
Live results for the Kansas primary elections
The Brett Kavanaugh allegations and the problem with “boys will be boys”
No one expected The Athletic could get people to pay for sports news. Now it has 600,000 subscribers...