Why HR is powerless to effectively handle sexual harassment claims 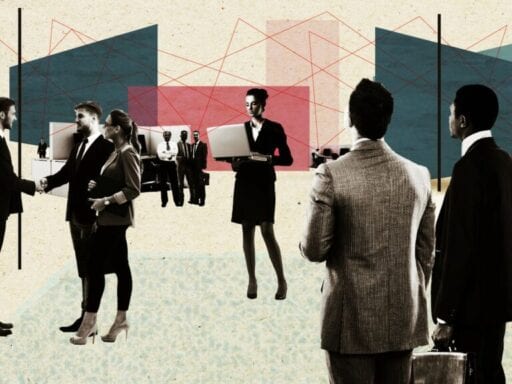 What happens after you report sexual harassment and hear nothing?

Nobody goes looking for a meeting with HR. That had always been Maya’s* thinking. Even after she was sexually harassed by wealthy board members on the job, rather than report the incidents to HR, she did what so many employees do — she tried to manage it.

“I side-stepped hugs and squeezes, redirected conversations when it turned to my appearance, and politely ask not to be called ‘doll’ or ‘kitten,’” she told me.

However, when a board member made sexual advances to a college intern on her team, Maya felt differently. She was compelled to report the incident to HR.

Unfortunately, the harassment investigation lived up to Maya’s low expectations. Nobody offered a timeline or shared updates. It was unclear who, if anyone, outside of HR knew about the accusations. University leaders grew cold and distant, but Maya wasn’t sure if they were reacting to the investigation or if she was paranoid. Eventually, the stress drove her to resign.

Maya’s story is not uncommon. In my work as a human resources consultant, people come to me with questions about the intricacies of sexual harassment investigations. How does it work? Who is responsible for what? When does HR manage this process, and when is it handled externally? Can you report your boss and remain confidential?

The answer to all of those questions is this: It depends.

Investigations differ based on the size and sophistication of the organization, the strength of the accuser’s story, the job title of the accused, and the company’s culture. Sometimes HR has a defined and rigorous process where they interview multiple parties to understand what happened, why it happened, and, ultimately, how to ensure it will never happen again.

In other organizations, HR isn’t equipped to do much more than administer payroll and organize team-building activities. In that case, the legal department may take the lead. And if an upper-level manager has been accused of wrongdoing, HR might lean on an outside investigator to gain credibility when making recommendations to the CEO or board of directors.

It’s been two years since the public outcry over #MeToo, and while people are still being harassed at work, they are also speaking up: The Equal Employment Opportunity Commission reports that official sexual harassment claims rose 13.6 percent last year.

But there are those who do report who continue to be ignored, disbelieved, or experience retaliation even after talking to their human resources representatives. Some never hear back from HR and are left wondering what happened to their claim. Others never speak up at all.

So what actually happens in a company after someone reports harassment? And, given the odds, should employees even bother to do so?

How an HR investigation should (in theory) work

Even though there are inconsistencies in the way HR investigates allegations, there are best practices. Deb Muller is the founder and CEO of HR Acuity, a technology company that helps HR leaders investigate and resolve sexual harassment complaints. She believes that employees deserve to have a basic set of rights in an investigation.

First, HR should give those who’ve reported harassment a quick response. “That doesn’t mean [HR] will resolve it quickly, but they should say, ‘We hear you. We are concerned about what you had to say, and we want to figure it out,’” Deb said.

HR departments should respond within days, not weeks, and should set up a meeting somewhere private where you feel comfortable sharing what’s happened through your eyes. “Hopefully, it’s in person,” Deb says. “If that’s not possible, a prompt telephone interview works.”

Next, expect empathy from your HR department. It’s their job to show you they understand, they are listening, and they will take your complaint seriously. “You want to know that you’re being heard,” Deb said. “Also, sometimes that can feel frustrating because you want them to believe you and to take everything for granted that you’re saying. But the reality is, they will have to go through an investigation process.”

Finally, your HR department should give you a timeline about when they’ll follow up with you. It might not be tomorrow, and there might not be much information to share, but a good investigator will provide regular status updates, even if it’s just to say that they’re still investigating.

Why investigations stall, end abruptly, and rarely amount to much

In an ideal world, these things would happen: Your local human resources department or an intermediary would respond to your complaint and launch an expeditious investigation where they actively listen to your allegations, ask many questions to understand your experience at work, and commit to next steps that move toward a swift resolution of your complaint.

If HR did that, they’d be at the epicenter of a profound cultural change.

Instead, most human resources departments are slow to respond. In my experience, it’s because the HR workforce is about 71 percent women. You might assume these women have a vested interest in resolving sexual harassment complaints and improving the employee experience. However, they are affected by gender inequality as much as women in other roles. Often, the women of HR lack the power to do anything other than look the other way.

Callie*, a seasoned HR director, said she once investigated a sexual harassment complaint and the higher-ups failed to follow her recommendations. A vice president made sexually explicit comments to members of the sales team, and Callie found those allegations to be true. She recommended firing the VP, but her CEO felt it would be easier to recruit and replace rank-and-file workers.

“They told me they appreciated the gravity of these claims, but he didn’t physically attack anybody,” she said. “The war for talent in this market is tough: They didn’t want to fire a supervisor and create a leadership gap over words.”

When I challenged Callie on her complicity and asked why she continued to work for a company that didn’t value women’s safety, she shot back. “It’s not like I don’t know this isn’t messed up. I’m a mom with children and animals to feed. What’s the alternative? That I resign and stop providing for my family out of principle?”

I’ve spent 20 years working in human resources, and in that time I’ve learned that we’re paid to preserve the status quo. At the end of the year, nobody asks the local HR team for a report on how many employees were protected from predatory sexual behavior or how many bullies were fired. If anything, we’re compensated and bonused on arbitrary data, such as retention and turnover. If companies wanted us to get rid of troublemakers, they’d pay us to do so.

Additionally, HR is often slow to act because it reports to business leaders and board members — just like any other department. We are not independent entities, and we must ask for permission before we fire someone for cause. If we had the power and purview to discipline or fire someone on demand and without apology, we might do it. But there is no one in HR who isn’t waylaid by bureaucracy and politics like the rest of the company.

While employers have a legal obligation to prevent hostile work environments and address sexual harassment claims, your local HR representative will not force the CEO to fire someone. At best, HR is there to oversee an investigation.

At worse, they sweep it under the rug.

What to do if HR fails you

What happens if you find yourself like Maya and wondering if your sexual harassment investigation fell into a black hole? Or what if it feels like you have little power in the process as you wait? Kate Bischoff, a Minneapolis-based employment attorney who works with employers and employees to resolve sexual harassment complaints, advises that you don’t have to go to HR, adding that if you feel that your manager is more likely to have your back, you can report the incident to them too.

”While no one aside from the harasser wanted this to happen to you,” she adds, “it may feel like everyone is working against you once you report. If they are, you may have a retaliation claim,” referring to any punishment an employee might experience after reporting discrimination or harassment. Retaliation claims are filed with the Equal Employment Opportunity Commission, and I’d recommend hiring a lawyer if you plan on going this route to help you gather evidence and whatever else you might need. Keep in mind that filing a complaint is still a risk: History shows us that there are no guarantees that an investigation will end in your favor.

It’s hard to know what one can do in situations like this where you feel — and in many ways are — powerless. Some of it comes down to resources at your disposal. If you’ve been harassed, follow your company’s protocols and report the incident to HR, but be ready to channel your inner Susan Fowler and contact a lawyer or the National Women’s Law Center for legal help. Also, find a mentor and confide in that person about your job circumstances and career prospects — it might make you feel like you’re less alone in navigating this. While the investigation takes place, don’t quit on your career. Not that most workers can afford to quit. That’s why most have jobs in the first place.

One thing is for sure: Rushing to meet with HR is not going to stop sexual harassment. The fix is in, and it’s still on the side of your employer.

*Name has been changed.

Laurie Ruettimann is a former HR leader turned writer, speaker, and consultant known for her common sense style and straightforward approach to workforce issues. Her next book, Let’s Fix Work, will be published by Henry Holt in late 2020.

A guide to Steve McQueen’s Small Axe, the greatest film series you’ll see this year
Today, Explained looks at how the coronavirus pandemic reshaped the world
Attorney General Bill Barr contradicted Trump on voter fraud. Now he’s resigning.
Why these scientists still doubt the coronavirus leaked from a Chinese lab
Here’s why the Amazon climate walkout is a big deal
Trump is taking credit for the decades-old decline in cancer deaths