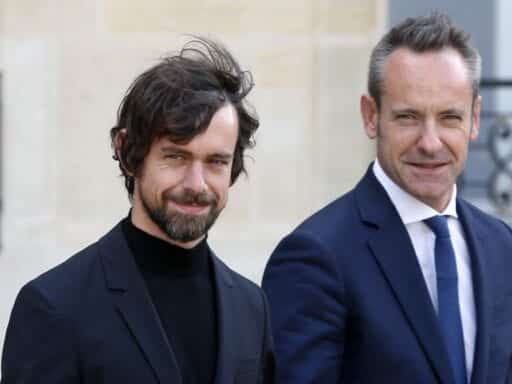 Share
Loading...
Jack Dorsey is one of many Silicon Valley billionaires with a donor-advised fund. | Chesnot/Getty Images

The new bill would uncover how often rich people are violating the spirit of donor-advised funds.

Are there billions of dollars meant to go to charity that really are just sitting there, untouched and collecting dust, in secretive tax shelters?

That’s the core question surrounding donor-advised funds (DAFs), a controversial, barely regulated repository for millionaires and billionaires to park their money before slowly doling it out to hospitals, schools, and other nonprofits. And we finally may be on the path to getting an answer.

These accounts disburse less to charity than they take in each year — $110 billion sits with these middlemen — and the rich are still able to control them even after they’ve theoretically given the money “away.”

So the California state legislature on Tuesday took an initial step to require greater disclosure from these DAF accounts when it passed a closely watched bill, AB 1712, through committee. While it’s still far from becoming a law, the measure could establish a national model for DAFs, and in the very least, it could affect some of Silicon Valley’s wealthiest people.

The proposal would disclose the “payout rates,” or details about how often DAF accounts are sitting on money for charity but not awarding it. This disclosure is necessary to provide some of the first hard data that could settle the unsubstantiated allegations flowing on both sides of the debate.

Critics of DAFs allege that rich people enjoy generous tax breaks by putting millions into these charitable vehicles — which have no deadline to spend the money — and then sit on it indefinitely. Some of these voices allege, without evidence, that abuse is therefore pervasive and portray DAFs as just another tax dodge disguised as philanthropy.

While everyone agrees that this is theoretically possible, DAF proponents say this is merely a hypothetical with no proof. They argue that rich people and middle-class people alike are using DAFs as a tax-efficient strategy and point out that some of the largest fund sponsors, like the Wall Street giant Fidelity, claim that their donors’ accounts, in aggregate, pay out 28 percent of the money to charities each year.

But that last qualification — in aggregate — is key. Sure, maybe the average donor is consistently paying out their “charitable checking account” to charity, but couldn’t there still be some bad apples who shouldn’t be allowed to cheat the US taxpayer and nonprofit world? Individual DAF accounts aren’t legally required to disclose their payout rate or to disburse any of the money. And so advocates therefore call for a 5 percent minimum distribution requirement, the same rate private foundations must abide by.

“We don’t regulate the average behavior. We regulate extreme behavior,” one advocate, Brian Mittendorf, told me last year. Thinking otherwise, he said, would be like saying, “The average person doesn’t commit crimes, so we don’t need laws on the books.”

But this years-long debate has been bereft of data, allowing both sides to claim their own realities are true. That’s where the new proposed bill comes in.

AB 1712, proposed by Bay Area assembly member Buffy Wicks, would require these individual funds to report how much they’re spending in a given year, even though they would not have to disclose exactly who the account belongs to. But if there is some Silicon Valley billionaire shoveling money into a DAF but then not heeding the spirit of the law — say, Larry Page — we’d know about it, rather than guessing, even if we won’t learn their name.

The bill would only apply to DAF accounts in California (there are more than 460,000 nationally). But California laws are often the model for national legislation, and advocates, frustrated by the lack of movement on DAF regulation from Washington, are watching this California measure closely.

Plus, even if this law remains confined to California, it would put some of the world’s most famous people under the microscope. $14.4 billion sits in California DAF accounts, according to 2016 estimates, out of around $100 billion nationally. Billionaires from Mark Zuckerberg to Jack Dorsey have been among the many to flock to DAFs over the last decade, turning these once obscure vehicles into a bona fide Silicon Valley phenomenon.

The Silicon Valley Community Foundation, home to many of these DAFs, including Zuckerberg’s and Dorsey’s, unsurprisingly opposes the proposal. The institution had $8.9 billion in assets at the end of 2018, making it one of the country’s biggest charitable institutions. If these tech billionaires suddenly had to offer a peek into their donation histories, maybe they’d flee and take their money out of state.

After all, the lack of disclosure is why many donors routed their money to DAFs in the first place.

Foreign leaders are “appalled” at the Pittsburgh shooting
The government is again asking Apple to unlock iPhones. Here’s why you should care.
Some development aid gets misdirected. Did the World Bank try to suppress a paper saying so?
William Barr has refused to testify in front of the House Judiciary Committee
Former FBI Deputy Director Andrew McCabe is at the center of a political firestorm again
What’s in a name? From Aunt Jemima to the Redskins, enough ugly history to demand change.