Why Kavanaugh’s accusers can’t remember everything 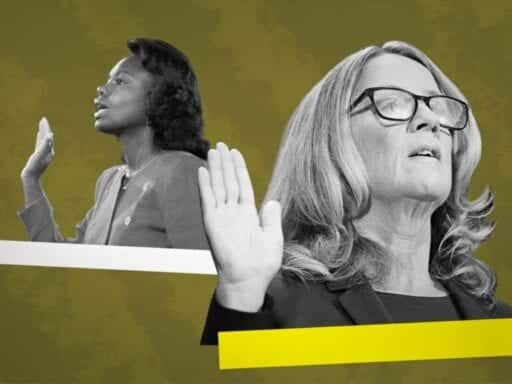 It’s common for trauma victims to experience gaps in their memories.

In the weeks since professor Christine Blasey Ford accused Supreme Court nominee Brett Kavanaugh of sexually assaulting her at a high school gathering, media coverage has focused heavily on Ford’s memories. Ford admits that she can’t remember key details about the incident, including whose house it took place at and how she got home afterward.

Those gaps in her memory have led many of her critics to argue that Ford isn’t credible. Fox News in particular has seized on holes in Ford’s account to raise doubts about her allegations, even floating the theory that Ford may be confusing Kavanaugh for a doppelganger.

But forgetting nonessential details is not unusual for trauma survivors. As my colleague Brian Resnick has explained, human memory is notoriously faulty. We often forget or misremember details about our experiences, even if we initially perceived them clearly.

That’s especially true for trauma survivors — like victims of sexual assault. When humans experience intense trauma, our brains have a tendency to hyper-focus on certain pieces of information while ignoring nonessential details. A victim of sexual assault might vividly remember her attacker’s cologne but struggle to remember the layout of the room she was in or what happened in the hours after the attack. Ford, for example, claims to vividly remember the “uproarious laughter” that she heard between Kavanaugh and his friend Mark Judge while she was being assaulted.

As researchers James Hopper and David Lisak explain, intense fear also alters the functioning of the hippocampus — the part of the brain that turns experiences into memory. “It is not reasonable to expect a trauma survivor,” they conclude, “to recall traumatic events the way they would recall their wedding day.”

In other words, critics who fixate on gaps in Ford’s memory are likely holding trauma survivors to a standard they won’t be able to meet. And that standard could have a chilling effect on other trauma survivors who are considering whether to come forward with allegations. Deborah Ramirez, the woman who has accused Kavanaugh of thrusting his penis in her face in college, told the New Yorker she was hesitant to go public with her story because “she knew [it] would be attacked due to the gaps in her memory.”

If we want more victims of sexual mistreatment to come forward with their stories, we can start by making sure those stories are held to a standard that reflects what we know about the brain after trauma.

You can find this video and all of Vox’s videos on YouTube. Subscribe for more episodes of Strikethrough, our series exploring the media in the age of Trump.