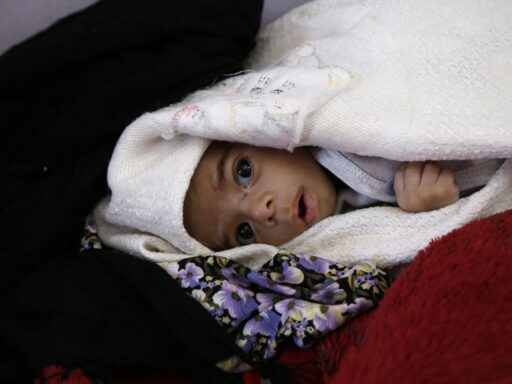 The Trump administration announced its intent to designate the Iran-backed Houthi movement in Yemen as a “foreign terrorist organization” — a move that could exacerbate one of the world’s worst humanitarian crises.

Secretary of State Mike Pompeo released a statement Sunday saying his department would notify Congress of the decision. However, multiple sources said the rush to hold a briefing Monday morning for the relevant congressional committees was only made Sunday evening, indicating the designation was a last-minute, slapdash effort. In fact, a person familiar with the Monday call said the briefing started 25 minutes late because the State Department hadn’t set up the conference line initially provided to attendees.

There’s a reason State is moving so fast: By law, Congress is afforded seven days to weigh in on the designation — and possibly reject it. And the Trump administration only has nine days left in office. If President Donald Trump’s team didn’t put in the designation announcement with extra days to spare, President-elect Joe Biden could simply stop the process altogether.

Many see the move as an attempt by Pompeo to hamper Iran by punishing one of its proxies and box in the Biden administration as he heads out the door, but Pompeo seems to truly believe the decision was the right one.

The Houthis, formally known as Ansar Allah, are an armed rebel group of Zaydi Shia (a minority sect within Shia Islam) who have been fighting a civil war against Yemen’s Saudi-backed government since 2014. That civil war morphed into an international one in March 2015, when Saudi Arabia and several of its allies in the Gulf decided to intervene militarily in the civil war, waging war against the Houthis. Meanwhile, Iran, Saudi Arabia’s regional foe, has backed the Houthis.

Both sides have launched numerous attacks and committed atrocities. The Saudi-led coalition, for example, killed around 30 children on a bus in 2019. The Houthis, meanwhile, launched missiles at an airport and airbase in Saudi Arabia in 2019, and at Saudi oil stations last year.

In his statement, Pompeo said the new terrorism designation is “intended to hold Ansarallah accountable for its terrorist acts, including cross-border attacks threatening civilian populations, infrastructure, and commercial shipping.”

Rep. Gregory Meeks (D-NY), the chair of the House Foreign Affairs Committee, said the designation was “short-sighted and endangers the lives of the Yemeni people.” Sen. Todd Young (R-IN), long a critic of the administration’s Yemen policy, tweeted that the decision was “another misstep in the United States’ years long misguided approach to the conflict in Yemen.”

They have good reason to think that: It’s possible that Pompeo and the Trump administration have just made life much, much worse for tens of millions of Yemenis in desperate need of humanitarian assistance.

Since 2015, the US has supported the Saudi-led coalition’s war in Yemen against the Houthis. It has helped coalition forces push back on Iran, the Houthis’ main supplier for weapons and funds. Until November 2018, the US refueled Saudi warplanes that dropped bombs on Yemen — many of which killed civilians, including children. Now the US mostly helps the Saudis gather intelligence.

The entire war has been a disaster. The United Nations estimated in December that about 233,000 people have died since fighting began, mostly from indirect causes such as lack of food, water, health services, and more. Meanwhile, another roughly 24 million Yemenis require assistance to stay alive and fend off diseases like cholera.

And before Pompeo’s announcement, some estimates showed the number of people facing food insecurity was only going to grow this year.

One way those in need get help is through humanitarian organizations. The Houthis control Yemen’s north, and it’s impossible for those organizations to operate there without the Houthis’ approval.

If the US follows through on designating the Houthis as a terrorist organization, then it will be harder for those groups to offer support for fear of possible prosecution by the US government.

As a result, “humanitarian assistance is likely going to be dramatically scaled back,” said Scott Paul, the humanitarian policy lead at Oxfam. He added that the designation will likely scare off foreign businesses, investors, and banks, thus further decimating Yemen’s reeling economy. “Services will become less available, goods more expensive, and people’s ability to pay less possible,” Scott told me.

One way humanitarian groups have gotten around this predicament before is by asking the US government to provide waivers for them. Basically, the waivers say, “As long as you ensure you’re not helping the designated terrorist, you can continue operating as you have been.”

But Pompeo’s Sunday statement suggests the US hasn’t designed those waivers yet. “The United States recognizes concerns that these designations will have an impact on the humanitarian situation in Yemen,” he said. “We are planning to put in place measures to reduce their impact on certain humanitarian activity and imports into Yemen.”

The Washington Post reports that Biden is against the designation and may seek to overturn it once in office. That’s an easy matter to do legally — he can just say the Houthis shouldn’t be on the list — but that’s harder to do politically, as certain congressional members and even US partners like Saudi Arabia may decry the move.

Altogether, the real losers of the FTO designation won’t be the Houthis. It’ll be the millions of Yemenis already struggling to stay alive because of the war the US participated in.

Thousands of Wisconsin ballots could be thrown out because they don’t have a postmark
Bill Gates says we can’t restart the economy soon and simply “ignore that pile of bodies over in the...
While some states try to ban abortion, these states are expanding access
Jaime Harrison’s record-breaking fundraising haul, briefly explained
Why Big Tech isn’t fighting Trump in public this time
Trump just declared victory over the coronavirus. Here’s why that’s premature.