Why Les Moonves is still running CBS (for now) 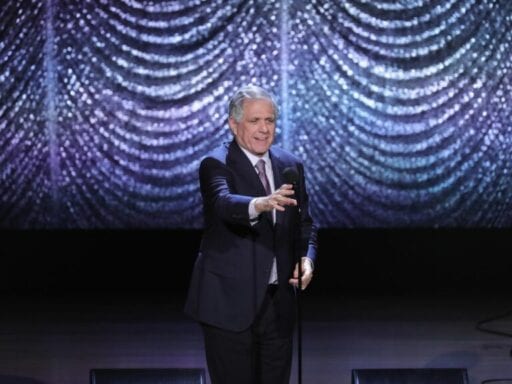 Why the Les Moonves accusations haven’t attracted the outrage the Weinstein accusations did.

It’s been a week since CBS CEO Les Moonves was accused of sexual harassment by six women in an exposé by the New Yorker’s Ronan Farrow, and right now, it’s still unclear what’s going to happen to the network titan. That’s a major change from the height of the #MeToo movement last fall.

When Harvey Weinstein was accused of sexual harassment in October, the professional consequences were swift and explosive. Weinstein — a former king-maker, a Hollywood mega-producer known for his ability to deliver an Oscar winner — quickly announced that he’d be taking a leave of absence from his namesake company, and he was fired from the Weinstein Company within three days of the first New York Times article about him.

Moonves, however, has so far remained at his post at the head of CBS while he is under investigation by a pair of independent investigators that CBS’s board hired to look into the accusations. On Thursday he led CBS’s quarterly earnings call as usual. While he declined to discuss the accusations against him, he assured listeners on the call that “we’re as confident as ever that the strategy we have in place continues to set us up for long-term success.”

Moonves’s presence on that call does not mean that his future at CBS is assured: According to Variety, the industry consensus is that Moonves will not remain in his position at the network much longer. But currently, Moonves’s wife Julie Chen seems to be bearing much of the brunt of the accusations against him. The Daily Beast reported that her roles as host of The Talk and Big Brother are now under intense scrutiny from the network. Moonves himself seems determined to go on with business as usual for as long as he possibly can — and that’s a lot longer right now than it was for the men in his position a few months ago.

There are any number of reasons that Moonves might be able to sustain his position and clout in the wake of the accusations against him, but three stand out.

1) Weinstein’s power was fading when he was fired. Moonves is still at the top of his game.

When the Weinstein accusations first surfaced in October, a consistent part of the narrative was that Weinstein was vulnerable to being taken down in 2017, when it had been years since he last produced a major hit, in a way that he wouldn’t have been when he was still consistently delivering Oscar winners. “If this happened during the 1996-to-2010 era, I don’t know that the effect would be the same, in his prime and his heyday,” Elaine Lui said at the time.

2) The accusations against Weinstein grabbed the public’s attention because they came from major household names. The women accusing Moonves are less famous.

When the Weinstein accusations first broke, the stories about him all led with Ashley Judd’s name: She was a famous movie star, and she was lending the weight and credibility of her fame to the story about Weinstein. Within days, Gwyneth Paltrow and Angelina Jolie also shared accounts of being harassed by Weinstein. The women speaking out against Weinstein were major stars, and that made the public care about them.

The most famous woman to speak out against Moonves is the character actress Illeana Douglas, best known for her role on Six Feet Under, for which she was nominated for an Emmy. What reportedly happened to Douglas is every bit as horrifying and upsetting as what happened to the most famous of the women accusing Weinstein, but there is a notable difference in the quality of attention the public is giving her story. There’s an uneasy sense that because she is less famous, her pain and her trauma are less interesting and less valuable.

One unfortunate element of the #MeToo era that’s become clear in the months following the first wave of reporting on Weinstein is that the public’s interest in these stories of sexual abuse from powerful men is not guaranteed: It’s conditional. Powerful men abusing their authority is the status quo in our culture, and it takes a lot of energy to push back against that status quo. Nearly a year on from the Weinstein story, that energy may be waning.

3) People are tired of thinking about sexual assault and harassment

It’s been 10 months since the first accusations against Harvey Weinstein were published, which means that we’ve had a 10-month news cycle full of exposés accusing powerful people — mostly men — of sexual misconduct. The cycle feels endless and relentless and exhausting, and its stories have begun to attract noticeably less attention and energy as time goes on. It may be that now that the Les Moonves story is here, the public is too sick of thinking about sexual misconduct to work up the energy to care all that much about all the things he reportedly did.

What all of this means is that the response to the Moonves story is comparatively more muted than it might have been had the accusations against him come out 10 months ago. But Moonves isn’t free and clear: The investigation against him is still pending, and it’s more than likely that he will face consequences for his alleged actions. It’s just that those consequences probably won’t come with the urgency that surrounded the firing and trial of Harvey Weinstein.

Kentucky’s Republican governor is facing a tough race — and he wants Trump to save him
Vox Sentences: Facebook tries to pivot to privacy
Jon Batiste walks us through a day in the life of The Late Show with Stephen Colbert
How an Iowa summer resort region became a Covid-19 hot spot
What the Katie Hill story means for young women in public life
Vox Sentences: Emergency! Emergency!