Why LGBTQ rights hinge on the definition of “sex” 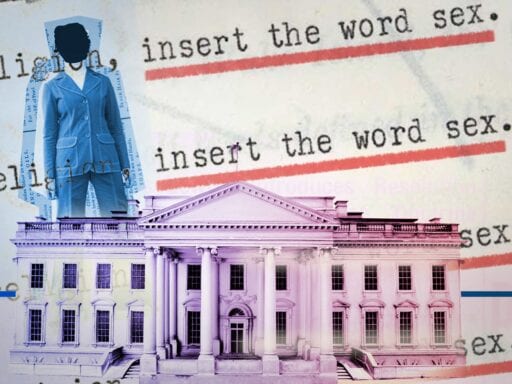 Without federal legislation, the fight for LGBTQ rights has unfolded in the courts and in the White House.

The Civil Rights Act of 1964 was originally meant to prohibit discrimination on the basis of race, color, national origin, and religion. But in a political maneuver meant to make the bill so unpopular it wouldn’t pass, the word “sex” was added. The strategy didn’t work, and sex discrimination became illegal, opening the doors for women across the country to sue for workplace sexism.

But it also set off another fight: to expand the definition of sex discrimination to be inclusive of LGBTQ Americans. Gender identity and sexual orientation aren’t explicitly included in federal anti-discrimination laws, even though 27 states offer some kind of protections against discrimination based on these factors. (Twenty-three states don’t offer any protections at all.) This patchwork system of laws is why activists and politicians have tried to pass the Equality Act, which would extend civil rights protections to LGBTQ people at the federal level.

But absent congressional legislation, LGBTQ Americans have had to wage this battle in the courts. Though the Supreme Court decided in June that the Civil Rights Act does apply to transgender and queer Americans, the Trump administration has seemingly come to a different conclusion — and that means there are huge stakes for LGBTQ rights in the 2020 election.

This video is the eighth in our series on the 2020 election. We aren’t covering the horse race; instead, we want to explain the stakes of the election through the issues that matter most to you.