Why movies about public servants are so soothing in 2020 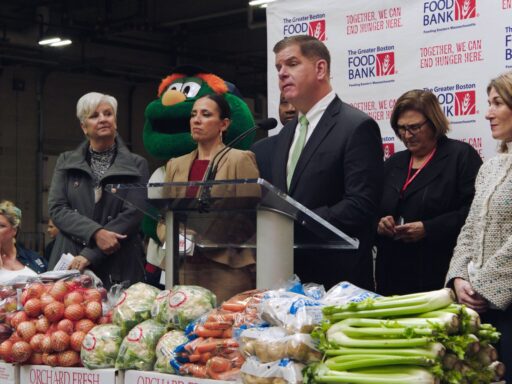 These three documentaries about city-level politics are like ASMR for my brain.

But 2020 has reminded me that the most gratifying thing to watch right now, in all the world, may be bureaucracy in action. (Seriously. Stay with me.)

“Bureaucracy” is probably not quite the right term; the word has depressing connotations, calling to mind hours of standing in line at the DMV or something out of Kafka. I don’t mean that.

What I mean, instead, is seeing civil servants (some elected, but mostly appointed) perform their jobs imperfectly, but with conviction and purpose. Meeting with constituents in a church basement. Checking in voters as they arrive at the polls. Performing marriage ceremonies in a small room at the city hall. Debating what kind of decorations should be used at the town’s holiday kick-off party.

Thrilling? Depends on your perspective. But three movies I saw this year reminded me of how much joy there can be in difficult, ordinary public service done well, and how refreshing it can be to witness.

One of the first movies I saw in 2020 was actually a five-part documentary series, City So Real, from Oscar-nominated director Steve James. He shot most of the series last year, focusing on the groundbreaking 2019 Chicago mayoral election. The race featured a crowded field of candidates seeking to distinguish themselves and gain constituents’ trust, against the backdrop of protests over the impending Lincoln Yards development project and the trial of police officer Jason Van Dyke, who shot 17-year-old Laquan McDonald 16 times.

City So Real is genuinely thrilling and even heart-pounding at times, but a lot of what makes it so appealing is that the electioneering and debates and speeches are mixed with more mundane matters — like the lengthy and tedious process of contesting ballots in a heated political race. Scenes like these involve three people sitting at a desk, peering intently at a ballot, arguing about who the person voted for. Not visually scintillating, to be sure. But watching it happen, you realize this is how democracy works: Regular people, doing their jobs, trying to make sure the outcome of an election reflects the will of the voters. (For obvious reasons, this particular scene has become far more resonant late in the year.)

Or there’s City Hall, from legendary director Frederick Wiseman, who excels at crafting compelling, almost mesmerizing (and often very lengthy) portraits of institutions and places in his observational documentaries. Wiseman has built a career of looking at the inner workings of bureaucracies, government services, civil society, and the justice system, from Juvenile Court (1973) to State Legislature (2007), which gave a peek into a full session of the Idaho legislature. My personal favorite is Welfare (1975), in which Wiseman’s camera hovers around a welfare office in New York City, showing how tricky it is for both the workers and the recipients to navigate a labyrinthine system.

For City Hall, Wiseman turned his attention to Boston’s, uh, city hall, where he spent weeks filming its many employees at work. Sitting around a conference table, discussing how best to keep residents of public housing from falling through the cracks. Thinking about how to protect LGBTQ young people who are homeless. Filing papers. Answering emergency services phone lines. When the movie leaves City Hall, it’s usually following Mayor Marty Walsh as he makes remarks at gatherings of people from the larger community: veterans, nurses, new graduates, older people worried about avoiding scams.

There’s no story to City Hall; it’s just three hours and 40 minutes of watching people slowly push a rock up a hill, where the hill is the public square and the rock is the common good. But while everyone knows that no city government is perfect, and incompetence frequently abounds, watching the movie feels like a little ray of hope, a reminder that there are plenty of people who spend their lives doggedly working to make this messy world just a little safer.

But my favorite of the genre in 2020 — and one of my favorites of the year, hands-down — was David Osit’s hilarious and moving documentary Mayor. The subject of the film is Musa Hadid, mayor of Ramallah, the de facto Palestinian capital that is surrounded on all sides by Israeli settlements.

Hadid is beloved in the city, a true public servant, and also one who has to deal with matters that few mayors encounter — dealing with sewage and cemetery issues that stem from stonewalling by the Israelis; receiving the British royal family for a visit; experiencing the repercussions of international politics that directly affect your city.

But he also just has to do normal mayor things. Mayor opens with Hadid and several advisers debating Ramallah’s branding. He pleads with his staff to fetch him a radio so he can hear what is happening on the news. He fiddles with the playlist that his new dancing fountain outside city hall will play. He visits local schools and shakes hands with visitors and tries, unsuccessfully, to pry himself away from a constituent who insists that Hadid stay at his home for lunch.

Mayor is a very funny film, at times playing like Veep — if the characters in Veep were actually kind, compassionate, and oriented toward what best serves the public’s interest. But it also shows how challenging the job of mayor is, even for a talented leader like Hadid. And this portrait is a reminder, once again, of the huge difference that the run-of-the-mill work of local leaders and public servants can make in the lives of ordinary citizens.

If all of this banal public service sounds boring, well — it’s not, but I understand why it comes across that way. People simply doing their jobs and serving the public good is not fodder for riveting dramatic tension. When scripted TV tries to replicate it (as in, say, Parks and Recreation), it has to heighten the drama and hijinx, making characters larger than life to keep people watching.

But I’ve found there’s something soothing and rewarding in seeing real people perform those tasks and recalling that they’re not isolated; there are people all over the world doing the same thing. Since we spend so much time watching people mess up our politics on the news, documentaries in which people do their best to fix things feel like an antidote.

In some ways, following the news in the weeks since the US election has had the same effect for me. I’ve realized that the further you get from the center of power, away from people accustomed to performing for TV cameras, the more you’ll notice the efforts of state-level election boards and judges and secretaries and vote counters who are nobly committed to doing what they’ve been hired to do.

2020 has been a trash fire, no doubt. But to the extent that the world is moving forward, most of the credit is due to the regular, workaday goodness of the folks down at City Hall doing their job right.

The hidden trackers in your phone, explained
Former Blackwater guard goes on trial for second time for role in mass shooting in Iraq
Why bird nests aren’t covered in poop, explained to kids
Watch: Michelle Wolf performs a “Salute to Abortion” on The Break
The Des Moines Register’s Warren endorsement could help her in a tight race
Trump dismisses his own government’s guidance about masks as “politically correct”