Why movies went from 15 minutes to 2 hours 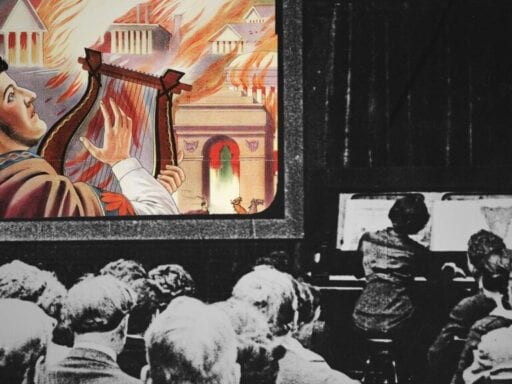 Movies were short. How did it change?

Why are movies about two hours long? In this episode of Vox Almanac, Vox’s Phil Edwards researches the history of movies — and discovers the Italian silent film classic that changed all movies forever.

In the 1900s, movies were typically around 15 minutes long — that was the length of one reel (depending on playback speed and a few other variables). But in 1913, that changed significantly thanks to the blockbuster Quo Vadis — a two-hour epic that wasn’t just long, but had blockbuster ambitions.

Quo Vadis involved huge stunts, thousands of extras, and real Roman locations, taking movies to a scale little before seen. When it premiered, instead of playing as one of many short films in nickelodeons, it debuted in big concert halls and other prestigious venues. That led to a record box office and an industry-changing trend that started with D.W. Griffith and spread elsewhere.

You can find this video and all of Vox’s Almanac series on YouTube. And if you’re interested in supporting our video journalism, you can become a member of the Vox Video Lab on YouTube.

A History of Narrative Film by David A. Cook: This book provides a good overview of film history.

Film Before Griffith by John Fell: This book chronicles all the films that influenced movies before D.W. Griffith came on the stage.

The Silent Cinema by Liam O’Leary: O’Leary provides another good overview, this one of the international silent film scene.

The Griffith Project: Many silent films are lost, so anthologies like these, which describe each film and include data on length, are useful.

In its 37th season, Survivor is still capable of surprising even its hardcore fans
Exclusive: House Democrats call on Biden to forgive $50,000 of borrowers’ student debt
Since you can’t go out, Hollywood is letting you watch a few new movies at home
CBS says it takes the Les Moonves allegations seriously. Its actions don’t inspire confidence.
LGBTQ people need queer spaces. The coronavirus has locked them out.
Code Media 2019: News & updates