Why public libraries are still essential in 2018 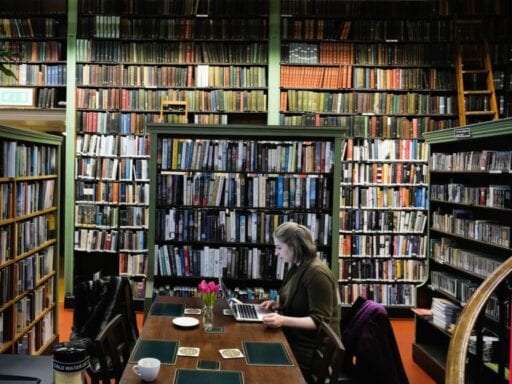 Libraries exist for the public. Amazon exists to maximize profits.

This past weekend, Forbes published and then took down a controversial article. “This article was outside of this contributor’s specific area of expertise, and has since been removed,” said Forbes, after significant backlash. The article in question? An op-ed arguing that libraries are a waste of taxpayer money and should be replaced by Amazon stores.

Libraries do seem to be outside of author Panos Mourdoukoutas’s areas of expertise; he’s a professor who specializes in world economy. (A popular tweet suggested that Mourdoukoutas paid for the privilege to be published on Forbes, though it turned out to be an error; he’s a paid blogger for Forbes.) But both the article itself and the backlash against it point to a profound anxiety centered on libraries and the question of whether they should be up for debate.

If we take it as read that public libraries exist and are good and important, then we’re saying that the services they provide are basic rights that it is our government’s responsibility to safeguard. If we suggest that libraries shouldn’t exist — that they’re a waste — then we call into question the rights that they protect.

Enter Mourdoukoutas’s now-deleted op-ed, whose central thrust was that the roles traditionally performed by libraries — lending books, of course, but also serving as community gathering places — are now performed better by “third places” like Starbucks and bookstore-cafes. And since Amazon’s brick-and-mortar bookstores are equipped with easy access to the comprehensive Amazon database of books around the world, the article concluded, Amazon bookstore-cafes are superior to libraries.

Many people might read this argument and protest, “But I must pay for books at Amazon! At a public library, I may borrow for free!” Mourdoukoutas had a comeback. “Let me clarify something,” he wrote on Twitter. “Local libraries aren’t free. Home owners must pay a local library tax. My bill is $495/year.”

It is true that libraries are partially funded by property tax dollars, in much the same way that taxpayers fund the other public services that we as a society have decided are vital to the public good, like schools and fire departments and parks and roadworks. I may not have children who attend school, but I still pay tax dollars toward the public school system, because we have agreed that when all children are educated, it’s good for the whole country.

What Mourdoukoutas was trying to debate was not whether libraries are “a good buy” (by and large they are, especially if you don’t have lots of very valuable property to pay taxes on), but whether making library services available to the public is good for the whole country. He was putting into question the library’s status as a public good.

Libraries are funded by the public in order to serve the public. They offer books, movies, and music curated to entertain and inform the public, with more available through interlibrary loan. They offer internet access and low-cost printing services. They offer financial literacy training and job search assistance. They serve non-English-speaking immigrants. They serve incarcerated people and homeless people and housebound people.

Libraries do all of this because we as a society have decided that we should put our tax dollars toward a resource that offers the public education and entertainment, and that sees serving our most vulnerable populations as part of its mission. We have decided that doing so is part of the public good.

An Amazon bookstore-cafe is funded by an enormous corporation for the purpose of maximizing its profits. It is stocked with books selected by algorithms, with most of its stock made up of recent best-sellers and books that Amazon has been successful at selling online, along with various Amazon electronic devices. Educating the public is not Amazon’s priority. It is not designed to serve vulnerable populations. There is no reason it would be designed with that purpose in mind: Amazon is a business, not a public utility, and its only goal is to make money.

The public library stands in opposition to this argument. By virtue of its existence, it makes the case that free and easy access to information is important, that cultural enrichment is vital, and that the most underserved segments of our population deserve as much access to information and entertainment as anyone else.

That’s a utopian vision, and it’s not one that our library system in its current form always lives up to. Libraries are chronically underfunded, and President Trump has sought on multiple occasions to cut federal funding from the public library system altogether. The US is ranked 62nd in the world on the list of countries with the most libraries per capita, and the libraries we do have are not evenly distributed throughout the country, leading to library deserts. Moreover, because library funding is tied to property taxes, libraries that serve wealthy neighborhoods tend to have more resources than do libraries that serve poor neighborhoods.

But the solution to these problems is not to throw out libraries completely and replace them with mediocre bookstores designed to sell more Kindles. It is to recognize the vital work that libraries do in a functioning democracy, and grant them the funds they need to do that work properly.