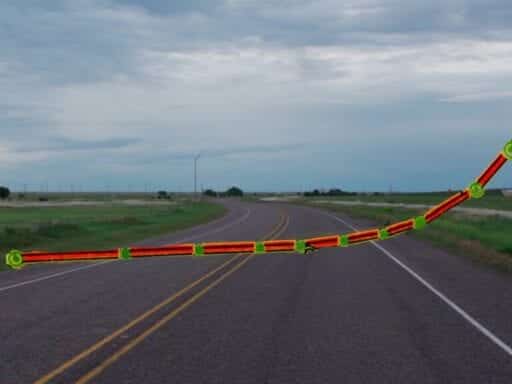 And does it matter?

Route 66 has gained a reputation as the United States of America’s most famous road. How did that happen, and why does it still matter? As the above video shows, there are a lot of reasons.

In this episode of Vox Almanac, Vox’s Phil Edwards explores the history of the road and the textures of its present, from the road itself to the roadside attractions along the way to the people who enjoy its diversions and those who help maintain them. It reveals a road that’s changed a lot over the decades but remains vital in unexpected ways.

Cyrus Avery was one of the founders of Route 66 in the 1920s, and he strove to create a road that would connect the Midwest to the West, though he resorted to promotional tricks and wheeling and dealing to get it done. The road quickly became a key route for migrants escaping the Dust Bowl and the Great Depression, forming its early reputation as “the Mother Road.”

That travel, in turn, inspired a second incarnation as home to kitschy roadside attractions and goofily beautiful motels that played home to travelers and road-trippers throughout the 20th century. Though the road was eclipsed by the Interstate Highway System starting in the 1950s, it remains vital today.

That’s because it’s a road that’s more than a strip of concrete (or gravel, or dirt). It’s a historical document of everyone who’s traveled on it — as the many contributions from Vox’s YouTube subscribers show, that keeps it going even as the interstates run alongside it.

Watch the above video to learn more.

You can find this video and all of Vox’s Almanac series on YouTube. And if you’re interested in supporting our video journalism, you can become a member of the Vox Video Lab on YouTube.

The number of Route 66 resources out there is huge, but we found these particularly helpful.

Curt Teich Postcard Archives Collection
You won’t find essays here, but you will find a treasure trove of postcards that we used in this piece, including tons of Route 66 ephemera.

Route 66: The Highway and Its People
I got to speak with Quinta Scott about her gorgeous photographs of Route 66 as well as the interviews she recorded with co-author Susan Kelly. This book is a pleasure to look at and is packed full of information and interviews that you just can’t get any more.

The Road Ahead Partnership
If you’re curious about Route 66 preservation and revitalization, this group is one of the strongest interstate partnerships searching for new ways to promote and improve the road.

The Real Story of the Green Book
Vox’s video about the Green Book, a critical resource for black Americans wanting to travel across the country — on Route 66 and beyond — in the mid-1900s.

How KFC’s dating simulator game gets players to fall in love with its brand
The Supreme Court turned away several cases seeking to rein in police violence
Rep. Justin Amash ends his third-party White House bid
To Trump, Europe is “as bad as China” on trade
No, Trump can’t delay the election
Jeff Sessions defends Trump border policy in Reno, protesters try to block street