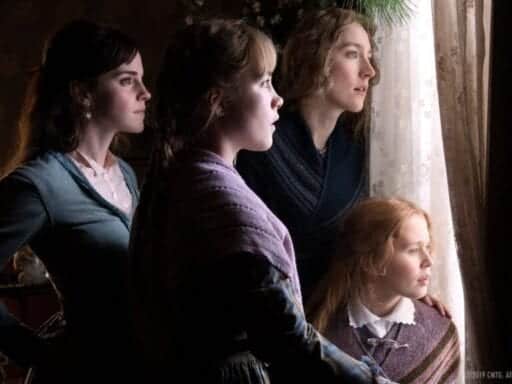 Welcome to Vox’s weekly book link roundup, a curated selection of the internet’s best writing on books and related subjects. Here’s the best the web has to offer for the week of December 8, 2019.

Portugal, Latvia and Brazil are among the countries currently experiencing a picture book moment. After a feverish decade of acquiring rights to the best books the West has to offer, China is poised to become its own picture book provider and, in all likelihood, an exporter as well. In some key respects, China’s current situation mirrors that of the United States in that now distant time when our librarians so wisely grasped the need for an awards program aimed at incentivizing native-born talent.

I have come across teachers and student teachers whose job was to teach poetry, but who thought that poetry was only a fancy way of dressing up simple statements to make them look complicated, and that their task was to help their pupils translate the stuff into ordinary English. When they’d translated it, when they’d “understood” it, the job was done. It had the effect of turning the classroom into a torture chamber, in which everything that made the poem a living thing had been killed and butchered. No one had told such people that poetry is in fact enchantment; that it has the form it does because that very form casts a spell; and that when they thought they were bothered and bewildered, they were in fact being bewitched, and if they let themselves accept the enchantment and enjoy it, they would eventually understand much more about the poem.

About a decade ago, I was in Paris with a gathering of French translators and editors, talking about Gary Lutz’s work. Several of them had, at one time or another, tried to translate him, and all of them—some after months of trying—had found this to be impossible. Lutz’s work was too deftly sewn into the English language to be picked free of it. Each story is so much about the specific tonal, sonic, and rhythmic relationships within English, and so much about torquing a given historical moment of that language by injecting it with archaisms and oddity, that to reproduce it in French just didn’t work. It was, one translator told me, more exacting than poetry, and infinitely more complex. “Technically I could translate it,” he told me. “I did translate several pages of it. But, then, rereading it, I realized it had, somehow, when I wasn’t looking, escaped. Then I retranslated those pages a different way. Still it was gone. I could try again, but no. Lutz will always escape.”

“The clearest lights on persons,” she noted, “are small salient personal facts and items about them and their ways of life.” Out of these “small salient personal facts” Mary MacLane elaborated her own myth—a myth of herself. From the seemingly most trivial things that surrounded her, she distilled a pure magic. She wrote, with sensuous detail, on “the art of eating an olive,” on her long walks over Butte’s endless “sand and barrenness,” on the sexual longings stirred in her by seventeen engraved portraits of Napoleon. Narcissistically, obsessively, playfully, she explored the infinite irrational depths of her recalcitrant subjectivity. “Just to be Mary MacLane—who am first of all my own self, and get by with it!—how I do that I cannot quite make out.”

The attitude that Little Women is somehow limited in its offerings is representative of how female-character-driven novels are treated in general—they’ve become relegated, ignored, and treated with a lack of seriousness. This same treatment carries over to how girls and women are treated. And that should make us as angry as Marmee. If we want this to change, we have to start by fighting for this work to be treated like the great American novel it is. Little Women is genius. And Gerwig’s film might be the first to joyfully treat it with all the seriousness of that fact.

Published in 1972, Cooking for Orgies and Other Large Parties is primarily comprised of costed-out, multi-course dinners broken down using what its authors call the Integrated Recipe System and paired, a bit incongruously, with illustrations of astronauts with bare breasts and Dionysian dudes reclining with piles of fresh fruit. It frames Middle Eastern staples like tabbouleh and rice pilaf as gourmet, placing them in the same breath as trendy 70s dishes like ham with pineapple and stuffed mushrooms. Adjusted for inflation, each of the seven set menus presented in the book works out to cost less than $10 per guest, so you could have ten people over, serve them an overwhelming spread featuring fancifully named dishes like Scallop Fantasia, Mrs. Ernie Lundquist Memorial Okra, and Avocado Symphony, and only spend $100.

Mitford was in on the open secret of Austen’s authorship in the 1810s. In April 1815, she wrote to a male friend, telling him that she had discovered “our great favourite, Miss Austen, is my country woman” and “mamma knew all her family very intimately”. Austen herself is described as “an old maid (I beg her pardon – I mean a young lady) with whom mamma before her marriage was acquainted”. Mitford’s mother is said to have found Austen “the prettiest, silliest, most affected, husband-hunting butterfly she ever remembers”, in what has since become a much-quoted line. But Mitford also, she tells her male friend, knows someone else who knows the mature Austen, and who suggests that Austen’s character has changed: “A friend of mine, who visits her now, says that she has stiffened into the most perpendicular, precise, taciturn piece of ‘single blessedness’ that ever existed”. Mitford acknowledges that she cannot entirely vouch for this account. Although her friend is “truth itself”, she is the sister-in-law of a man suing Austen’s brother, Edward, over his fortune.

This week at Vox, we revealed 19 books from the 2010s the Vox staff can’t stop thinking about. As always, you can keep up with all our books coverage by visiting vox.com/books. Happy reading!