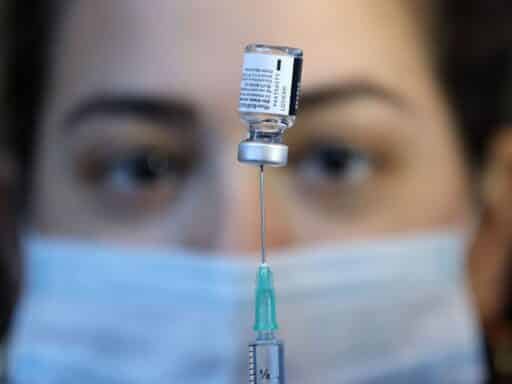 The variant carries mutations that may weaken the effect of vaccines.

On January 15, US public health officials warned that a more contagious variant of the coronavirus that causes Covid-19 could dominate infections in the United States by March. That grim warning referred to B.1.1.7, a variant that was first identified in the United Kingdom.

But now, one week later, scientists are increasingly concerned about another variant that emerged in South Africa.

There’s evidence from several small, and not-yet-peer-reviewed, studies that mutations in the South Africa variant — known as 501Y.V2 and already present in at least 23 countries — may have a higher risk of Covid-19 reinfection in people who’ve already been sick and still should have some immunity to the disease.

Scientists haven’t confirmed that this variant is more contagious, though evidence is pointing in this direction. They’re also concerned that 501Y.V2 could have implications for treatments for Covid-19. Regeneron, a company that has developed a cocktail of two monoclonal antibodies as a therapy for patients with the illness, reported that 501Y.V2 may be able to evade one of the antibodies in its mix. The drug is still effective, but subsequent mutations could render it less so.

But perhaps most alarming is the prospect that the mutations in the variant could limit the effectiveness of existing vaccines, one of the best tools we have for controlling the pandemic.

The results of these recent studies are “a serious indication we have to look hard at how well vaccines might work,” Penny Moore, a virologist at the National Institute for Communicable Diseases in South Africa, told Vox. Taken together, they highlight the dangers of letting Covid-19 spread unchecked and also portend the challenges that lie ahead as the virus continues to evolve.

What the 501Y.V2 coronavirus variant might mean for Covid-19 vaccines

Moore is the lead author of a recent study on 501Y.V2, out Tuesday as a preprint on BioRxiv. She and her team in South Africa took blood plasma samples from 44 people who had been infected with the coronavirus during the country’s first wave of infections last summer and then checked how their existing antibodies responded to 501Y.V2 as well as older variants.

The researchers sorted the plasma samples into categories — high and low antibody concentrations. Though antibodies can wane after infection, that doesn’t necessarily mean that protection fades completely. Another recent study showed that immunity stemming from infection lasts at least five months in most people, so the antibodies in those who’ve had the virus should still shield against earlier versions of the virus if someone is infected again.

In 21 cases — nearly half — the existing antibodies were powerless against the new variant when exposed in test tubes. This was especially true for plasma from people who had a mild previous infection, and lower levels of antibodies, to begin with.

The findings suggest a prior Covid-19 infection might not help individuals fend off the new variant if they’re exposed, particularly if their earlier case was mild or symptom-free.

For Fred Hutch Cancer Research Center scientist Trevor Bedford, who was not involved in the research, the study also came as a possible warning sign about the vaccines. As early as autumn this year, manufacturers may need to begin reformulating their shots to respond to the changes in the virus’s genetic code, he wrote on Twitter:

501Y.V2 is still largely restricted to South Africa, but it (or other antigenically drifted variants) may spread more widely in the coming months. I would be planning this potential “strain” update for fall 2021. 9/10

The specific mutation scientists are most worried about

The 501Y.V2 variant carries one mutation of particular concern, known as E484K. This change appears in the part of the virus, the spike protein, that fits into the receptor in human cells. The spike protein is also the major target for the currently available mRNA vaccines, from Pfizer/BioNTech and Moderna.

“This mutation sits right in the middle of a hotspot in the spike,” Moore said. And it’s become notorious among virologists for its ability to elude coronavirus antibodies.

Scientists have demonstrated how this might happen in other cell culture experiments. In another recently published BioRxiv preprint, researchers in Washington state tracked how mutations altered the effectiveness of the antibody response in convalescent plasma of 11 people — and also found E484K had particularly potent antibody evasion capabilities.

Other variants of concern also carry the E484K mutation, including one first identified in Manaus, Brazil, known as P.1. And one case study suggests reinfection in some people might be possible when they’re exposed to the new variant.

In a preprint, researchers in Brazil documented the case of a 45-year-old Covid-19 patient with no co-morbidities, who months after her first bout with the illness, was reinfected with the new variant. The patient experienced more severe illness the second time around. While it’s limited evidence, it “might have major implications for public health policies, surveillance and immunization strategies,” the authors wrote.

The study’s broader context is also concerning: After more than three-quarters of the population in Manaus were estimated to be infected with the virus during a spring surge, cases are piling up again and hospitals are filling up. Researchers suspect reinfections with the new variant could be the driver.

“The news is not all grim”

But “the news is not all grim,” said University of Utah evolutionary virologist Stephen Goldstein. A preprint, led by Rockefeller University scientists, suggested antibodies from the vaccine may be more potent than antibodies from a previous infection. Researchers tested blood samples from 14 people who had received the Moderna vaccine and six who were immunized with the Pfizer/BioNTech vaccine. The E484K mutation, and two others found in the South Africa variant, were associated with a “small but significant” drop in antibody activity, the researchers found.

Still, said Goldstein, the antibodies induced by the vaccine “are so high to start with that the serum was still extremely potent against the mutant.”

To fully understand the threat the mutations pose to vaccines, we’ll need clinical trials involving vaccinated people, Moore said. “These studies flag a problem,” she added, “but how that translates to real life, we can’t tell.”

There’s also huge variation in immune responses among people, Goldstein said. In the Washington paper, the researchers found “extensive person-to-person variation” in how the mutations affected an individual’s antibody response.

“The bottom line there is some reason for concern about reduced efficacy but efficacy will not fall off a cliff,” Goldstein said. “The vaccines are incredibly potent. … If [they go] from 95% [efficacy] to 85% or even a little lower, we are still in great shape.” That’s why researchers and public health officials are heavily advocating for everyone to be vaccinated as quickly as possible.

Even so, Moore cautioned: “From an immune escape point of view, the variants first detected in Brazil and South Africa are more of a concern but this is just the beginning. It’s our first indication that this virus can and does change.”

It’s possible that as we learn more, even the E484K mutation won’t turn out to undermine the vaccines. But there may be other changes to the virus lurking out there or evolving that will escape even vaccine-induced antibodies. “So many people now are infected that this is an arm’s race — the virus is now given every opportunity to mutate,” Moore said, “so it can take those steps on the pathway to immune escape more easily.”

The White House released photos of Trump at work, raising more questions about his health
Trump’s reported Supreme Court finalists are likely down to these 4
Billie Eilish, the neo-goth, chart-topping 17-year-old pop star, explained
A charity dropped a massive stimulus package on rural Kenya — and transformed the economy
Elizabeth Warren raised five times as much money from Big Tech as Joe Biden did
Netflix’s Maniac, with Jonah Hill and Emma Stone, is either too weird or not weird enough