Why some people don’t tip their Uber drivers 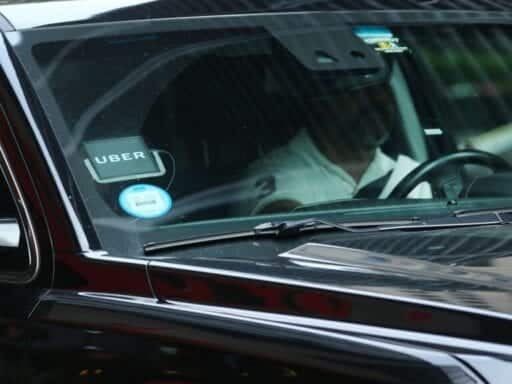 The app is impersonal enough that many riders don’t feel compelled to tip.

Do you tip your server at a restaurant? How about a cab driver? The answer, in America, is probably, “Of course.” But when it comes to tipping an Uber or Lyft driver, the issue is more contentious.

The discussion of whether to tip often seems to hinge on the perceived income of each job and how much you think the person needs the money. Tipping is not simply a courtesy or a reward for a job well done — in America, it’s an expected contribution to someone else’s living wage.

But what if there is no hourly number to refer to? You can’t reason yourself in or out of a tip if you don’t know what the person is being paid. This is the problem facing many drivers for ride-hailing apps, who provide a service that some don’t see as tip-worthy. According to an Instamotor study, just 35 percent of riders always tip. Complicating things further is that there’s no consensus on exactly how much these drivers make — or how much responsibility their tech-giant bosses have to ensure they earn a living wage.

When Uber launched in 2009, there was no option to tip drivers. At the time, Uber was a black-car service that offered rides that were 1.5 times more expensive than a cab. In 2012, Uber started offering ride-hailing as we know it today, with drivers using their own vehicles. From then, it took the company five years to offer a tipping function, long after its main competitor Lyft launched with the tipping option built-in in 2012. Other ride-hailing apps like Via and Juno also allow riders to tip.

Unlike cab drivers, Uber or Lyft drivers are not technically in the service industry. Although Uber drivers are providing a service, they make their own schedule and are not beholden to a company that pays below minimum wage. Being in the gig economy is a choice they can opt out of at any time.

But according to certified financial planner Nick Holeman of Betterment, gig economy workers and service industry employees face similar financial obstacles. “While those in the service industry are not necessarily self-employed, similar to ride-hailing drivers, they are not salaried and their income is likely to fluctuate,” he says. According to a Betterment study, one in four full-time gig economy workers has nothing saved for retirement.

In the gig economy, you trade steady income for freedom, but the legitimacy of that freedom is being questioned across industries. Lawsuits about whether drivers should receive benefits or minimum wage have plagued companies in the online platform economy.

This year, a Grubhub driver brought a case against the food delivery platform, saying it controlled a significant amount of his time the way a manager controls employee shifts, and therefore, he should be offered minimum wage, benefits, overtime pay, and reimbursement for expenses. The court disagreed and said Grubhub drivers are independent contractors, relieving Grubhub of providing any full-time employee benefits. Uber also faced suits from drivers saying the algorithm that Uber uses exerts control of a driver’s schedule, but no court has ruled in favor of the drivers. It is up to a driver to secure their own income.

No one really knows how much Uber drivers make

So how much does the average Uber driver make? According to a study by Ridester.com, UberX drivers make $13.70 an hour without tips and $14.73 with tips. A separate study by Uber found that Uber Black drivers make $19.35 an hour. One Salt Lake City driver told the New York Times that with tips, he made about $20 an hour and gave 75 rides per week. Without tips, that number dropped to $15.

A recent JPMorgan study looked specifically at how the online platform segment of the gig economy has changed since 2013 by examining transactions between Chase Bank accounts and 128 online gig platforms. The study found that those in the transportation sectors saw an increase in the number of platform users and a significant decrease in income. Monthly wages fell 53 percent from 2013 to 2017, and the average driver’s income decreased from $1,469 to $783 per month.

Talking to ride-hailing app users, I found that the estimates of how much drivers make varied wildly, and reasons for tipping were arbitrary. One rider says she heard drivers make $80,000 to $90,000 a year and assumes they earn about $20 per hour; she tips between $1 and $5 and only doesn’t tip if the driver is reckless or rude. Another rider who tips says she does so because she believes it is common courtesy, and she knows it takes money and effort to keep a car clean. She estimates that drivers make between $12 and $15 an hour.

A rider who doesn’t tip says it’s because when the app was introduced, tipping wasn’t an option, which seems to signal that tipping is not an expectation. If it wasn’t a priority then, why should it be a priority now? This rider estimates that Uber drivers make $50 an hour.

Another non-tipping rider says it was her understanding that one of the perks of Uber or Lyft was that the tips are built into the initial cost and therefore not necessary to add on at the end. She guesses that drivers make an average of $20 per hour, but after the cost of gas and car maintenance probably only pocket $11 to $12.

Uber is an impersonal service

Something else the second non-tipping rider said was that she has stopped taking Ubers and Lyfts because she doesn’t like that a portion of her fare goes to Lyft and Uber, and not back into her local economy as it would if she took a cab. And this idea of a non-local, impersonal service may be why people see tipping as optional.

You rely on the services of the people who drive you around, serve you food, and cut your hair. They take care of you, and if you slip them some extra money, it makes the mutually beneficial relationship stronger. But your Uber driver is not a neighborhood cabbie you recognize at the taxi stand or a server at a restaurant you frequent. You may only see an Uber driver one time. They may drive for a couple months, then stop, then switch neighborhoods depending on where the crowds are. There is no relationship with Uber drivers, so thinking of them as faceless workers is easier.

Paris Marx, author of Freedom From Jobs: How Automation Will Revolutionize the Future of Work, says that because payments are made through an app, there’s less social pressure to tip your Uber driver. “People are more likely to tip when paying a person directly,” he says. “However, people tip Uber drivers through the app after the ride has been completed. If they don’t tip, no one will know and they don’t have that interaction with the driver. The nature of Uber tipping just makes it much easier to ignore.”

Silicon Valley has a way of stripping the personality from services in the name of efficiency (remember Bodega — now named Stockwell?). And when you think of a car ride as an efficient route and not a service, it’s much easier to hit the “no tip” button.