Why the death of democracy may be overhyped 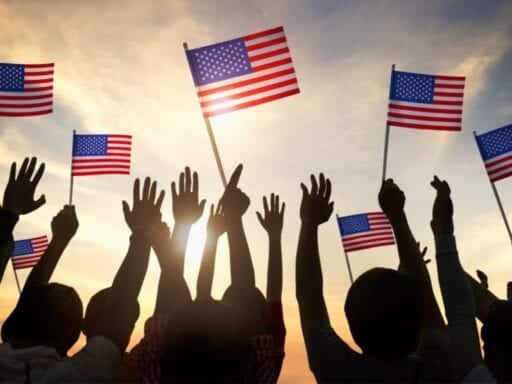 A political scientist pushes back against the doom-and-gloomers.

Is global democracy on the decline?

After Brexit and the election of US President Donald Trump, a whole genre of nonfiction literature has emerged, seeking to explain how democracies die, or why Western liberalism is in retreat. Pundits and analysts have argued that democracy is “decaying” worldwide, and that America is morphing into an authoritarian state.

But is the widespread panic justified?

If we zoom out, look at the current data, and compare it to previous eras, is the picture as bad as many believe it to be?

Daniel Treisman is a political scientist at UCLA who recently wrote an article for the Washington Post pushing back against the idea that democracy is dying a slow death. While Treisman grants that democracies are being challenged on a number of fronts, he argues that the overall state of global democracy is surprisingly strong.

I was skeptical of this claim, so I reached out to Treisman and asked him to explain why he was so optimistic about the state of democracy — both in the US, and across the globe.

You’re making the somewhat contrarian case that democracy, both in America and globally, is doing just fine. There are plenty of people — and I count myself among them — who are convinced that democracy is either eroding across the globe or is being transformed in such a way that we have to rethink what it means and how it works. What are we getting wrong?

I perhaps wouldn’t say that it’s doing just fine. I would say, if we look objectively at the measures of democracy that exist, they show that the proportion of democracies worldwide is at or near an all-time high.

Clearly there’s been some democratic backsliding in some countries, and we shouldn’t be complacent about that, but at the same time there are other countries that have been moving forward. For instance, since about 1999, the number of democracies in countries in Africa has doubled, according to one major democracy indicator.

So we should try to see the whole picture, rather than focusing on what’s happening in the US and in various European countries.

And I also think we need to distinguish between what has already happened and what might happen in the future. We can be concerned about the possibility of future deterioration, but we also need to see the current state of play objectively and not overreact.

Can you give me some concrete examples of those indicators? What evidence do we have that democratic institutions are growing stronger around the world?

For instance, as of 2016, 59 percent of countries were democracies, according to the Polity measure — up from 57 percent in 2010 and 50 percent in 2000. I looked at four common measures of democracy, compiled by separate teams of experts, and the latest data for each showed the proportion of democracies worldwide to be within 4 percent of the all-time peak.

One indicator — the proportion of countries that got Freedom House’s top score for political rights — has fallen a bit more from 33 percent in 2001 to 28 percent today. But that just returns the level to what it was in the mid-1990s, a time when many in the West were celebrating the “end of history” and the victory of liberal democracy.

I recently read a new report from the Democracy Project that showed that only 60 percent of Americans think it’s “absolutely important” to live in a democracy and 68 percent think American democracy is getting weaker. Does that trouble you?

I think there’s a lot of opinion feeding on other opinions, and it’s very clear that in the press over the past few years we’ve seen a steady rise in pessimism about the state of democracy in the West. We should consider that the evaluations of the state of democracy are driven partly by the public discourse, rather than any kind of systematic evaluation of the institutions themselves.

But none of this is to say that I’m not concerned about the trends in the US — I absolutely am. And the 68 percent of Americans who think democracy is getting weaker may be right, but that doesn’t mean that democracy is collapsing and that we’re going to wake up in an authoritarian state.

“We should consider that the evaluations of the state of democracy are driven partly by the public discourse, rather than any kind of systematic evaluation of the institutions themselves”

What worries you the most right now?

Well, when we look at the data over the past 100 years or so, we see that democracy advances in waves. There have been three very significant surges in democracy. The first two surges were followed by periods of very notable decline in democracy for a decade or two before the next wave took off.

Now, since the early 2000s, we’ve clearly been around the peak of the third wave, and, of course, if things were to proceed as the first two, we should expect a decline in the number of democracies and the proportion of democracies worldwide and the quality of democracy.

We’ve seen a bit of that, but as I said earlier, these declines, so far, at least, have been offset by advances in other countries.

Perhaps we are at a stage in the cycle where things are more likely to go bad, but we have to evaluate that carefully. There’s no doubt that there are worrisome indicators in the US and in countries like Poland and Hungary and Russia and Turkey. We have to watch this and try to understand what’s driving the changes.

A lot of people equate democracy with liberal democracy or democracy with political outcomes that most of us find agreeable — support for minority rights, rule of law, political equality, tolerance of dissent. But there are countries around the world, you just named a few, in which democratic processes are producing highly illiberal outcomes. The world can be both bad and full of democracies, right?

I would put it a little bit differently. Some institutions that appear democratic have become common in authoritarian states. More and more authoritarian states around the world are holding elections, pretending that they’re fair when they’re not, and using a lot of the techniques that are associated with democracies.

So there’s a lot of democracy imitation among the authoritarian states, and I think that’s one of the reasons people get confused and disheartened when they look around the world today and ask, “What is the state of democracy?”

They see elections in many countries which are completely unfair and rigged, and they assume that democracies are dying.

But I would say what we see there is a different phenomenon, which is a trend among authoritarian states toward imitating democracy. And, at the same time, we’re also seeing genuine democratic backsliding, which gives the impression that things are more dire than they actually are.

I understand that there are structural and economic indicators associated with democratic health, but these measures don’t really capture the state of the culture that helps reinforce democracy. The existence of free and fair elections, for example, doesn’t tell us much about the quality of deliberation in a society or the reasonableness of the discourse.

I think it would be very good to have better data. But it’s not just a matter of data; it’s also a matter of research. I was shocked recently when I learned how hard it was to find conclusive research into the links between public opinion and the survival of democracy.

It’s natural to believe that if many people in a society don’t hold liberal views, or don’t strongly support democracy, that that would lead to the erosion of democracy. But when we look at how democracies have failed in the past, that just doesn’t fit most of the cases.

Established democracies with highly developed economies have proven surprisingly resilient. The claim that a strong civic culture is necessary for democracy to work, while highly plausible, isn’t really supported by huge amounts of scientific evidence.

“Since democracy began, people have been warning of its imminent collapse, and yet it has continuously spread across the world”

Well, that doesn’t really address my concern, which is that we don’t have reliable methods for measuring the strength of civic culture. For instance, how can we objectively measure the impact of a media environment that is so partisan and fragmented that Americans can no longer agree on a baseline set of facts?

Is there evidence that we can’t agree on a baseline set of facts? It’s something that we keep repeating, but do we really know that it’s true?

That’s absolutely right. There is a lot of research which shows that Republicans and Democrats are more polarized than in the past, and that they believe what they want to believe. And that might be because they don’t trust the people providing the facts, or can find some way to explain them away.

But that makes no difference at all. People can come up with all sorts of reasons for their delusions, but that doesn’t make them any less delusional.

That’s fair, but I’d like to see evidence that this is fundamentally different from the way people reacted 20 or 40 years ago, and I haven’t seen that evidence.

Then I would like to see evidence that this is really important for democracy, because you could have a kind of democracy in which there’s strong competition between two parties and in which people have incoherent beliefs but still understand what each party generally stands for.

My point is that it may not be as important as we think that individual citizens understand the details of policy or even have a good grasp of all the facts. But I’m really just reacting skeptically to some of these assumptions rather than saying there’s an alternative view.

I’m more comfortable than you are asserting the basic importance of a shared reality, but I take your point. What do you think is the most important takeaway from all the data you’ve analyzed?

I would say two things. First, democracy is far more resilient than many believe. Since democracy began, people have been warning of its imminent collapse, and yet it has continuously spread across the world. So we should keep this history in mind, and not panic needlessly.

The second point is that we have to try very hard to be objective, and not cry wolf too many times. In the US especially, things could get much worse, and it’s important that we be able to rally people who basically support democracy. If we keep raising the alarm against policies we don’t like and treating everything like its way outside the bounds of normal politics, it will be much harder to rally people who maybe don’t agree with us but who genuinely care about democracy.

I think we need to distinguish very clearly between policies that we think are illiberal, undesirable, and bad on the one hand, and actions that are undemocratic and destructive to the institutions of democracy. We should be careful not to raise alarms that reduce our credibility, which we will need if things really do deteriorate.

Twitter is finally helping people shut out “reply guys”
Emma Chamberlain and the business of being relatable
16 movies to watch for in November, from Charlie’s Angels to Mister Rogers
I could have been Ma’Khia Bryant
These are the House Republicans voting to impeach Trump
The first guacamole recipe written in English came from a British pirate