Why the government is investigating Apple, Amazon, Google, and Facebook for antitrust — but not Microsoft 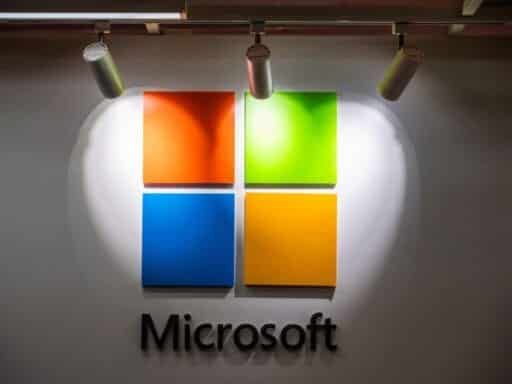 Microsoft is trying to crush Slack and Zoom by essentially giving away Teams for free.

The companies making the software many office workers depend on are at war with each other. And while battles over workplace communication software may sound mundane, they reflect a larger, more pressing debate about US antitrust laws and how they should be applied to tech companies.

Over the past year, Big Tech has faced a regulatory reckoning of sorts: Local and federal regulators in the US are investigating some of the biggest tech companies in the world — Apple, Google, Amazon, Facebook — for anticompetitive behavior. Notably absent from this list is the biggest tech company, Microsoft, which previously spent about a decade in antitrust regulators’ crosshairs.

Microsoft is in fact currently waging a potentially unfair campaign to crush two of its smaller competitors in the workplace communication software industry, Slack and Zoom. But regulators aren’t focusing on it because they have more serious tech antitrust issues to deal with (like Facebook possibly facilitating the destruction of American democracy).

Slack, founded in 2013, makes office chat software that’s beloved by the media and tech industry. Zoom, also launched in 2013, is touted as the best videoconferencing software out there. Both offer services necessary to the modern workplace, and Microsoft is aiming to beat them with the Teams software it debuted in 2017, which combines Slack’s and Zoom’s chat, file sharing, and videoconference features into one product. Crucially, for companies that already subscribe to Microsoft’s ubiquitous Office 365 suite for staples like Excel, Word, and OneDrive, Teams is essentially free — meaning it’s less likely they would shell out additional money to pay for access to Slack or Zoom.

Still, Zoom and Slack are growing at breakneck speeds, even among coveted enterprise customers. Zoom had 466 companies spending more than $100,000 annually as of the end of the second quarter, more than double the same period a year earlier. In the same quarter, Slack reached 720 organizations spending $100,000+ a year, up 75 percent year over year.

For now, more than 77 percent of customers with Office 365 also had subscriptions to so-called “best-of-breed apps” like Slack and Zoom, a number that has been ticking up, according to data from Okta, a secure login company.

But there’s early data showing that growth might be in jeopardy as we approach a potential recession and the economic uncertainty that comes with an election year.

Overall IT spending is expected to slow down as the year’s end approaches, according to the latest survey data of company software decision makers by market research firm ETR. The study found that adoption of new software is slowing to pre-2018 levels and that “redundancy is coming to an end” — which could apply to companies that pay for both Office 365 and Slack or Zoom.

Already, Teams’ market share trounces that of the older Zoom and Slack, with 60 percent of businesses of all sizes saying they use or plan to use Teams this quarter.

Additionally, some 11 percent of companies said they plan to decrease spending on Slack; just 3 percent say they are reducing spending on Zoom and 2 percent on Teams.

The findings were similar among small and big companies alike.

“Whenever a company goes into a keep-the-lights-on environment, that will always benefit megavendors who bundle and give away software for free,” Thomas DelVecchio, founder and chief executive officer of ETR parent company Aptiviti, told Recode. “Anytime there’s concern about a recession, the Fortune 500 is going to slow down IT spend.” What he’s saying is that if and when there’s a downturn in the economy, Microsoft is positioned to dominate.

That’s because while many argue that Slack and Zoom are better products, it’s hard to argue with free. And as Microsoft pours money and ingenuity into Teams, it’s becoming more comparable to the software it’s copying, eroding the argument that companies will pay extra for notably better software.

But Slack maintains that even when companies have subscriptions to both Teams and Slack, they actually end up using Slack more. Slack also contends it is better at scaling for larger enterprise customers because it uses “channels” that are more broadly accessible to the whole company. For what it’s worth, Microsoft said the same thing but argued that its more siloed “teams” model is more efficient for big companies. Zoom declined to comment.

Still, these products seem pretty similar on the surface.

“What you have is a very solid quantitative argument for why to go with Microsoft,” Craig Roth, Gartner’s research vice president, told Recode. User experience is harder to measure.

Roth said, “There’s something in it they just like better and it’s hard to quantify what that is. But try telling that to the CFO who has to pay the bill. It’s hard to put a dollar figure on user experience.”

What they can put a dollar figure on is security, and that’s an area where Microsoft is perceived to have the upper hand, thanks in part to the amount of resources it can allocate to the issue. In July, Slack reset thousands of user passwords after reporting new information from a 2015 security breach. Also in July, software engineer and security researcher Jonathan Leitschuh discovered a flaw in Zoom that could give hackers access to webcams (the issue has since been fixed, according to Leitschuh).

Zoom also has a high number of R&D and product personnel in China, which it says in its IPO filings could expose it to “market scrutiny regarding the integrity of our solution or data security features.”

All of these challenges might be easier to address were it not for a fast-moving battle against a company offering the same thing for free.

Although Microsoft has gotten in trouble for practices similar to its approach to competing with Slack and Zoom, this situation is a bit different.

Back in 2000, the United States District Court ruled that Microsoft had maintained its Windows monopoly through anticompetitive behavior. By bundling its Internet Explorer browser on its PCs and making it difficult to install its competitor Netscape, it was able to maintain its operating system monopoly and box out competition. There was no benefit to the consumer. The ruling was later appealed and its penalties defanged (Microsoft wasn’t, as originally ruled, forced to break up) but the finding that Microsoft violated antitrust laws held. A final settlement forced Microsoft to open its API to third parties but, importantly, it did not prevent it from bundling software in the future.

“Their operations are affecting democracy in a really direct way: Destroying journalism, destroying the essence of what truth is,” Daniel Hanley, a policy analyst with the Open Markets Institute, told Recode, in reference to companies like Google and Facebook. “Microsoft has tried with search, but they’re not as bad as that yet. [The others] are more of a systemic threat to our republic than Microsoft is right now.”

“Microsoft is engaging in anticompetitive behavior, but the case would never succeed because the courts have restricted antitrust laws to the most blatant of circumstances,” Hanley said.

Probably as a result, neither Slack nor Zoom are making the case to lawmakers.

“We are — one — doing fine on the enterprise front. If it wasn’t the case, maybe we would take a different tack,” Slack’s head of product Ilan Frank told Recode. “The second thing is that we feel that us focusing on our customers is a much better tack from an organization perspective and for delivering on our mission to make people’s working lives more simple and productive.”

According to Tom Campbell, a law and economics professor at Chapman University and a former director of the Bureau of Competition at the Federal Trade Commission, in order to win an antitrust case against Microsoft you’d first have to prove Office is a monopoly. And its high market share isn’t enough. You’d also need to show Office has market power, meaning there’s such a high barrier to entry for competitors that Microsoft could raise prices without fallout. That’s unlikely because there are plenty of competitors to its products.

You’d also have to show exclusionary behavior. Offering Teams for free is certainly exclusionary, but Campbell says that would be countered by its pro-consumer benefit. Antitrust law focuses on consumer good, and consumers love free.

To defeat Microsoft in an antitrust case, Campbell said, “would require a change in the perspective of the settled American antitrust law for more than 50 years that the antitrust laws do not interfere with innovation that benefits consumers.”

Hanley thinks, however, that current US investigations of other major tech companies could lead to rulings that would someday be applied to Microsoft.

“Enforcement agencies only have so much staff,” Hanley said. “What I’m hoping is these investigations [into Google, Amazon, and other tech giants] are a turning point toward moving back to prosecuting anticompetitive practices.”

Trump keeps lying about how the US Covid-19 situation compares to other countries. Here are the fact...
What’s happening with Australia’s prime minister, explained
The climate change policy with the most potential is the most neglected
The GOP’s deeply flawed paid family leave plan, explained
Several of the Museum of the Bible’s prized holdings are forgeries
An Ebola “perfect storm” is brewing in the Democratic Republic of the Congo