Why the Iowa results are taking so long 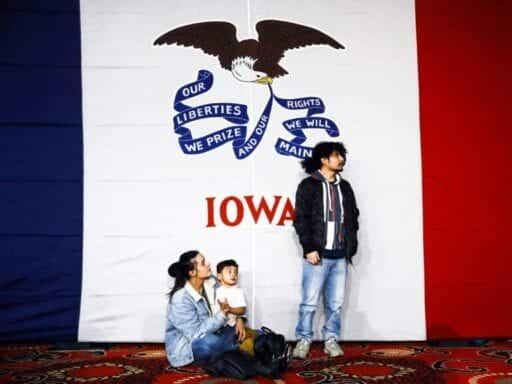 The many, many things that seem to have gone wrong with the Iowa Democratic Party’s vote-counting process.

The Iowa caucuses, the first contest of the 2020 Democratic primary, have been going for hours, and at this point it’s clear that results are badly delayed. As of 11:40 pm, not a single precinct’s votes have been publicly reported by the state party; at this point in 2016, 90 percent of precincts had reported their totals.

In a statement at 11:30 pm Monday, the Iowa Democratic Party said the delay was due to “inconsistencies” between multiple sets of results, saying they were trying to “validate that all results match and ensure that we have confidence and accuracy in the numbers we report.”

The Iowa caucuses this year are a complicated process involving three different vote counts. For the first time, the state Democratic Party is supposed to be publicly reporting two different raw vote totals for every candidate (one with all candidates in the mix, and one after those who did not get at least 15 percent of the vote were eliminated), as well as the number of delegates each candidate actually wins in the final vote total.

Technical difficulties also appear to be in play: By Monday afternoon, reports were trickling out about problems with the mobile app that precinct chairs were supposed to be using to report their results, although the party said late Monday night that the app was not hacked and did not crash.

The delays forced cable news to fill an ever-expanding amount of airtime, but they could also end up being politically significant — fueling intraparty fights and casting doubt on the viability of the caucuses.

Why the Iowa caucus results are delayed

One contributing factor appears to be a new app that precinct chairs are supposed to be using to report results. Bloomberg reported on Monday that they were “struggling to use the new phone application,” with four county chairs telling their reporters “that they were unable to download or log in to the phone app.”

The alternative to the app is actually calling the state party on the phone in order to report results. However, at least one precinct chair has tweeted that the phone line isn’t working well, either — saying he’s been on hold for an hour:

I am the caucus secretary for Story County Precinct 1-1. I’ve been on hold for over an hour to report the results. We have 6 delegates

Here’s how it happened 1/

Some precincts appear to have abandoned the app and are just using paper instead, according to Politico reporter Elena Schneider:

However, the party denies the app is the problem, saying the issue lies with inconsistencies in the vote counts they are getting rather than precincts’ ability to report numbers in the first place. Here’s the party’s full statement:

It seems that something isn’t lining up in the reports they’re getting from precincts, but it’s not clear what exactly has gone wrong.

Meanwhile, candidates have already begun giving generally optimistic speeches to their supporters — even though no one has any idea who won.

Why the Iowa delay matters

Iowa is not a particularly delegate-rich state; its significance comes from its first-in-the-nation status, which gives it a unique ability to reshape expectations among the media, donors, and political partisans. Winning Iowa doesn’t put you on track, on its own, to amassing an unbeatable number of delegates. It just feeds a narrative, and when it comes to Iowa, perception really is reality.

Under those circumstances, the later the results — and the more the conversation focuses on the process — the less time the winner has to capitalize. This isn’t likely to make a massive difference, but political professionals are taking it seriously:

This is probably right https://t.co/n7NS7RUwPi

The second reason these results could matter is they could undermine the legitimacy of the caucus process.

As early as 8:48 pm Eastern time, the New York Times was already reporting that problems with the app were giving rise to conspiracy theories.

“One of the risks of introducing apps like this, and new technology more generally, into elections, is that problems occur, as they inevitably do,” Matt Blaze, a professor of computer science and law at Georgetown University, told the Times. “People might see this as evidence that the whole system is rigged.”

That only got worse as the night went on. A viral tweet suggested, without evidence, that the app was being used to somehow rig the process against Bernie Sanders. It’s really hard to imagine that the Democratic Party would alter the results in such a blatant fashion.

But many of Sanders’s supporters bear a grudge against the party from the 2016 primary, and in the absence of a clear explanation for what’s happening, it’s likely conspiracy theories like these will continue to spread. That’s really bad for the public’s faith in the fairness of the process.

Bad actors will be all too happy to supercharge this process in order to amplify divides within the party, including President Trump’s campaign manager Brad Pascale, who seized on the delay to suggest that the Democratic Party is rigging things somehow:

In an emotional and heated election, against the backdrop of a process that many Sanders fans thought was unfair in 2016 and a president who constantly accuses his opponents of cheating, it’s important that the US electoral system seem functional. The Iowa delay seems to be, so far, a step in the wrong direction.

What does “vote” merch even mean in 2020?
Trump’s call with Georgia’s secretary of state is a subversion of democracy
Mexico is severely — and maybe purposefully — undercounting its coronavirus deaths
Joe Biden’s latest pandemic plan: At least $3,000 in cash to parents for every child
Barstool Sports is close to selling to a casino company you’ve never heard of
Why Mount Everest’s height keeps changing