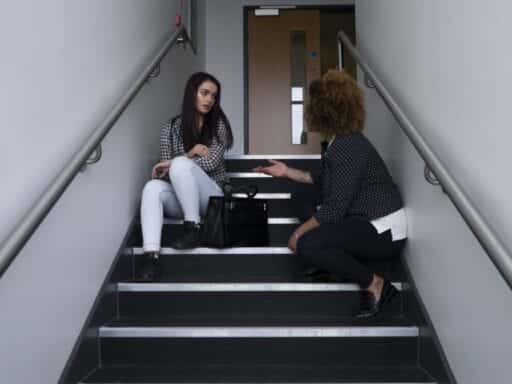 To those dismissing the Kavanaugh allegations: Teen girls are listening.

Here’s how some of Supreme Court nominee Brett Kavanaugh’s former classmates described him and his friends when they attended Yale in the ’80s:

“Kavanaugh became a member of the Delta Kappa Epsilon fraternity, or ‘DKE,’ which several students said was known for its wild and, in the view of some critics, misogynistic parties,” wrote Ronan Farrow and Jane Mayer in the New Yorker’s recent investigation into a second accusation of sexual misconduct against Kavanaugh. “Kavanaugh was also a member of an all-male secret society, Truth and Courage, which was popularly known by the nickname ‘Tit and Clit.’” In another interview in the article, a former classmate described Kavanaugh and his friends as a “wolfy group of guys.”

I’m 18 years old, only six months older than Brett Kavanaugh was when he allegedly sexually assaulted a 15-year-old girl. (Kavanaugh denies the allegations.) I know boys that matched the descriptions of him and his friends — belligerent, abusive, and entitled — because they can be. They know they are destined for high places in society simply because they were born into privilege. Now that I’ve been in college for a few weeks, I’m getting the sense these kinds of boys are here too.

Most high school girls know these boys. At parties, we learn to be vigilant when they’re around. In college, we’re taught how to distract potential attackers. We learn to keep an eye on our friends and intervene in situations that seem dangerous.

But that doesn’t mean that boys like this are the norm — they are a dangerous anomaly. And now our country is telling them that sexual assault as a teenager is not just forgivable, but that, if the allegations are true, it would not even disqualify a person from the highest court in America. As a teenage girl, it terrifies me. Even if a teenage boy’s age might save him from consequences, our age does not save us from the trauma of assault.

Multiple commentators have argued the allegations against Kavanaugh, if true, can be chalked up to nothing more than youthful indiscretion. “Should the fact that a 17-year-old, presumably very drunk kid, did this, should this be disqualifying?” asked New York Times opinion editor Bari Weiss on MSNBC.

“Drunk teenagers playing seven minutes in heaven” is how Fox News commentator Stephen Miller described it. “Kavanaugh was a teenager at the time. Of course he was different then; he was a third of the age he is now. And teens do stupid, dangerous and destructive things,” wrote Jonathan Zimmerman in USA Today.

The argument — that teenagers are more prone to risky behavior because our brains aren’t developed enough to make careful decisions — is dangerous rhetoric. Suggesting that fast cars or underage drinking are the same as attempting to rape somebody is a false equivalence. Moreover, the dismissal of Kavanaugh’s alleged actions because he was a teen suggests that Kavanaugh’s alleged error was not assault but nearsightedness: a failure to assess potential consequences for him.

But sexual abuse should not be seen as a matter of risk assessment, or as something that teenagers simply “grow out of.” This shifts the focus from the trauma inevitably faced by the victim to the consequences faced by the perpetrator as the reason not to commit abuse. It is an alarming suggestion that this is what is reprehensible instead of focusing on its inherent immorality.

Teens who are listening to this national conversation are terrified

Girls my age are watching, reading, and hearing these conversations. And it’s making us scared. I have one friend who told me that the worst part is the clear disregard for women’s safety at the highest levels of the government. Another is terrified to give a man like that so much power, assuming the allegations are true.

Most of all, we’re each scared that the national conversation around Kavanaugh gives entitled young men today the green light to be abusive without worrying that it could affect their future ambitions. We don’t understand how, in the midst of the #MeToo movement, people could be so dismissive of such serious accusations. We feel like we’re sliding backward.

I’m saddened for teenage boys, too. Their entire age group shouldn’t be demonized by adults defending Kavanaugh on the basis of his age at the time of the accusations. To suggest that this is normal, that “boys will be boys,” isn’t fair to the vast majority of teenage boys who don’t behave this way. The young men that I know are disturbed by the accusations, emphasizing that any boy should know that sexual assault is wrong at 17. This is not typical drunken teenage behavior.

Maybe those focused on Kavanaugh’s age know all this but simply believe that the accusations are too old to be relevant. But age is nothing without atonement. If Kavanaugh’s statement had shown that he had reformed, or that he had taught his children to be better, or, at the very least, that he now understands the severity of these alleged actions, perhaps the accusations wouldn’t be so clearly disqualifying.

But the moment we start to excuse the teenage actions of our nation’s leaders, we put young girls at risk. We tell them that the traumas they experience don’t “count,” and that if they speak up, they’ll be dismissed. And we tell teen boys that entitlement to women’s bodies is inherent and normal.

If the allegations are proven to be accurate after testimony from his accusers, Kavanaugh has no business serving on the highest court in our country. To confirm him tells teen girls everywhere that their safety doesn’t matter.

Elizabeth Love is a first-year at Columbia University. Her writing has been featured in the Huffington Post and the Salt Lake Tribune. You can find her on Twitter @lizlove000.

This group is helping voters make sense of which candidates take climate change seriously
No ICU beds? Expect double the amount of Covid-19 deaths.
4 ways to be smarter about land use to fight climate change
Sanders’s top staffers are making a pointed case against Elizabeth Warren
Trump addresses rumors on whether First Lady's surgery was a facelift
Ride-sharing services refuse to serve underage kids. Teens still use them.