Why the US bears the most responsibility for climate change, in one chart 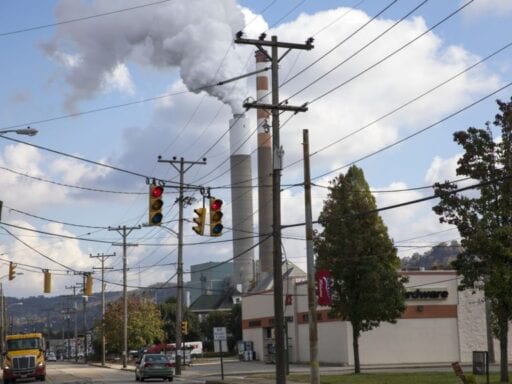 Humans are pumping more carbon dioxide into the atmosphere at an accelerating rate. But climate change is a cumulative problem, a function of the total amount of greenhouse gases that have accumulated in the sky. Some of the heat-trapping gases in the air right now date back to the Industrial Revolution. And since that time, some countries have pumped out vastly more carbon dioxide than others.

The wonderful folks at Carbon Brief have put together a great visual of how different countries have contributed to climate change since 1750. The animation shows the cumulative carbon dioxide emissions of the top emitters and how they’ve changed over time. Take a look:

Animation: The countries with the largest cumulative CO2 emissions since 1750

What’s abundantly clear is that the United States of America is the all-time biggest, baddest greenhouse gas emitter on the planet.

That’s true, despite recent gains in energy efficiency and cuts in emissions. These relatively small steps now cannot offset more than a century of reckless emissions that have built up in the atmosphere. Much more drastic steps are now needed to slow climate change. And as the top cumulative emitter, the US bears a greater imperative for curbing its carbon dioxide output and a greater moral responsibility for the impacts of global warming.

Yet the United States is now the only country aiming to withdraw from the Paris climate agreement. China now emits more than the US, and India’s emissions are rapidly rising. But these countries have a much smaller share of cumulative global emissions. Their populations are also much bigger than the US and other wealthier countries, so the amount that India and China emit per person is vastly smaller than the United States or the United Kingdom.

Here are some takeaways from this animation:

It’s not simply the rate of our output of heat-trapping gases that changes the global climate; the total amount of carbon dioxide emitted is a critical factor as well.

While atmospheric carbon is gradually absorbed by the ocean and plants, a large fraction, about 20 percent, lingers for millennia. That means a big chunk of the greenhouse gases emitted at the dawn of the Industrial Revolution is still heating up our planet today. If we were to magically cease emitting all greenhouse gases at once, the planet would likely continue warming for a period of time. This leads to the next point.

2) The United States has an outsized role in global warming, despite recent progress

When it comes to total greenhouse gas emissions, the United States does a behind-the-back, through-the-legs, backboard-breaking dunk over China and the Soviet Union.

In other words, the largest share of global greenhouse gases emitted since the Industrial Revolution comes from the US. And with great emissions comes great responsibility to mitigate climate change.

And yes, the United States has already made some of the largest cuts to its greenhouse gas emissions of any country in the world. Between 2005 and 2015, US emissions fell 11.5 percent, largely due to switching to less carbon-intensive fuels like natural gas. However, US energy consumption hit a record high last year, and emissions are on the rise again after years of decline.

The graph also shows us that the worst greenhouse gas emitters of all time aren’t the most populous countries. Instead, most of the chart toppers are the largest economic powers. You can see the United Kingdom drop down the rankings as its empire disintegrated over the years, losing an economic grip on the world, for example.

That should teach us something about the most populated countries in the world today: India and China.

China and India do contribute a large and growing share of global emissions — which absolutely needs to be slowed down and reversed — but most of the warming we’re seeing now is due to the emissions of wealthier countries like the United States.

And remember the total emissions rate from both China and India has to be divided by more than a billion to yield an apt comparison to countries like the United States.

In 2015, the United States emitted 15.53 metric tons of carbon dioxide per capita. China emitted 6.59 metric tons. India emitted just 1.58 metric tons. As these countries get richer, their per capita emissions are poised to rise further. This is why technology transfer from wealthier countries to less developed economies is shaping up to be a critical component of fighting climate change.

But ultimately the largest share of the burden in cleaning up this mess should fall to those who played the largest role in creating it. This animation leaves no doubt as to the culprits.