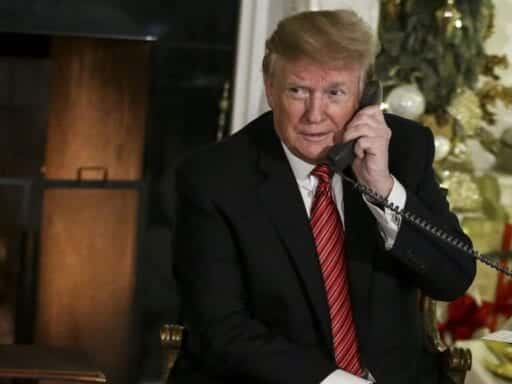 “Presidents need to have the right to conduct diplomacy privately,” says an expert.

President Donald Trump announced on Tuesday that he will “release the complete, fully declassified and unredacted transcript” of his July phone call with Ukrainian President Volodymyr Zelensky, a conversation that is at the center of a growing political scandal that has prompted appeals from Democrats for Trump to be impeached.

The scandal has to do with whether Trump improperly used his position to try to coerce the Ukrainian government into investigating his 2020 political opponent, former Vice President Joe Biden — perhaps by withholding military aid to the Eastern European country until it agreed.

Trump has admitted to discussing Biden with Ukraine, but he maintains that the phone call with Zelensky was “a very friendly and totally appropriate call.”

Putting the contents of the call out, some say, will help shed additional light on the issue. The problem is that the move is woefully inadequate — and could actually harm US foreign policy in the process.

Here’s why: Heads of state need the ability to speak candidly to one another, and they will only do that if they have 100 percent assurance that what they say will remain confidential. It takes a lot of trust to speak on the phone with another world leader about sensitive diplomatic and political issues.

And while there’s usually an understanding that high-level advisers and even intelligence agencies may be listening in on the conversation, there’s an expectation that the contents of the conversation will remain private and not be leaked to the public.

There’s a legitimate reason, then, why a president might not want to release a transcript of a call with a foreign leader even if said call was completely innocent. It’s partly why Trump and others on his staff were understandably upset when the Washington Post published leaked transcripts of his calls with the leaders of Mexico and Australia two years ago.

But by voluntarily releasing the Zelensky phone call transcript, Trump is breaking that implicit trust.

“This is a big mistake — terrible precedent, as no foreign leaders in [the] future will speak candidly with the president on any future calls,” Michael McFaul, who served as the US ambassador to Russia during the Obama administration, tweeted after the news broke. “Presidents need to have the right to conduct diplomacy privately.”

What’s worse, Trump may be doing this somewhat needlessly.

The transcript of that one call alone won’t determine whether or not Trump’s rationale for withholding over $300 million in military aid for Ukraine was solely to compel Ukraine to investigate the family of a political rival. The administration held on to the money for months, leading members of Congress to question the delay.

Congress is also trying to get the administration to release a formal complaint that was made by an intelligence community whistleblower that is reportedly related to Trump’s handling of Ukraine, which by law it must hand over to lawmakers. The Trump administration has so far refused to do so. The call transcript, then, may serve more as a distraction than a revelatory document.

Perhaps we should all be grateful that Trump seems to be releasing something he promised to put out — we’re still waiting for those tax returns. But since he’ll make it harder for the US to speak with allies and coordinate foreign policy just to look good, gratitude would be the wrong emotion.