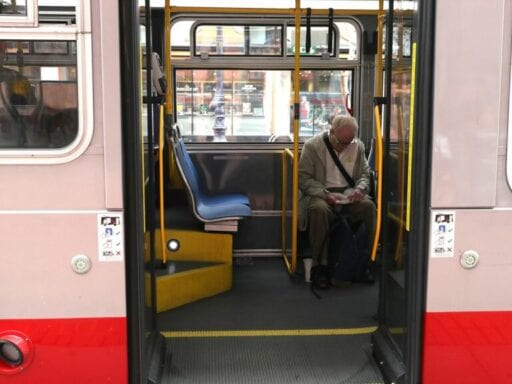 How American mass transit measures up against the rest of the world’s.

The US has bad public transit, but you probably already know that. While some cities do have impressive webs of efficient rail, for the most part, we are a car-dependent society because Americans largely don’t understand how transit should work and see no need to prioritize it.

So what it would take to bring US transit up to par? To answer that question, you have understand the differences between US transit systems and those in the rest of the world.

The state of American public transportation

According to a recent study, New York is the only US city with a significant rail network where ridership has increased since 2012 — in several other US cities included in the survey, ridership fell. Already, North America carries the fewest rail passengers per year of any world region, only accounting for 3.7 billion of the 53 billion passengers worldwide. Ridership in Asia increased by 9 billion to 26 billion between 2012 and 2017; Europe now accounts for 10 billion riders, and Latin America 6 billion.

While there are major American cities with popular public transit systems, they’re often northern and coastal, like Washington, DC, New York City, Chicago, Boston, San Francisco, and Seattle. The only Southern city to rank within the top 25 cities with good transit systems is Houston, Texas, even though many large Southern cities like Dallas and Atlanta have traffic congestion problems.

Existing mass transit systems are plagued with safety and function problems; just this week, San Francisco officials who rode the light rail to the city’s Transit Week kickoff event were held up when trains broke down on two Muni lines. And the Chicago Tribune reported that CTA bus drivers have noticed an uptick in passenger violence.

Transit problems have roots in politics too. A recent Times article followed Koch-financed activists in Nashville who went door to door, recruiting locals to vote down plans to build light-rail trains, a traffic-easing tunnel, and new bus routes as part of the Koch brothers’ goals of lowering taxes and shrinking the government. (It also benefits the Koch brothers’ companies which produce gasoline and asphalt, and make seat belts, tires, and other automotive parts.)

Joseph Stromberg reported for Vox that Americans view public transit as a welfare system for those who can’t afford to drive. And, of course, many see it as a party issue where conservative align themselves with the freedom of the automobile and liberals the benefits of the train.

What other cities are getting right about public transit

The most common myth on why Americans doesn’t have great mass transit is that the country is too spread out, but a look at Canada quickly unravels this theory. Toronto, Montreal, and Vancouver all have buses, rapid transit, and commuter rails. Though sprawling, Canada still manages to have adequate transport in all its major cities. According to the aforementioned study, Canada ridership grew significantly between 2012 and 2017.

“I tend to find when I’m working in the US, I spend a lot more time explaining the fundamentals,” Walker says. “But when I’m working in comparable city in Canada, I find that I need to do less of that because there is more understanding on the part of everyone at the table.”

Walker also says most American customers mistakenly prioritize reach over frequency; they want buses or trains everywhere, on every block, as opposed to a few trains that come all the time. “There is a distinctly American idea to have infrequent trains from the suburb into the city,” he says. “That’s an example where you put a line on map and people say, ‘Oh, [transit] exists,’ and someone who doesn’t understand frequency is going to think an area is being serviced when it is not.” Those who are more familiar with public transit understand that it’s better to have a few lines with frequent trains, rather than many lines that leave once every two hours.

Another reason the US lags behind when it comes to improving and building mass transit may be what Robert Cervero calls “delayed modernization.” Cervero, a professor emeritus of regional and city planning at University of California Berkeley, says that in many Asian countries, the trains were built or updated in the ’90s and 2000s, allowing the integration of sophisticated systems. (Four of the five busiest metro systems worldwide are in Asia: Tokyo, Shanghai, Beijing, and Seoul.)

DC’s subway system was the most recent in the US to be fully built out, and the final pieces of its initial system were placed in 2001. According to Governing.com, no major city has expressed interest in building a subway system since this time, but many have opted for light rails, which do provide transportation but can’t accommodate the volume of passengers that a subway can.

“We’ve been in a political quagmire [over US public transport] for 25 years; meanwhile, China has built miles of high-speed railway,” Cervero says. One example of this effort is the Speed-Up Campaign, a 10-year initiative by China’s Ministry of Railways that sought to improve the speed of railways. From 1997 to 2007, the country converted 4,800 miles of track, increasing the average speed of a commercial train from 30 miles per hour to 100.

A CityLab article broke down how Europeans get to work, noting that increased ridership in Europe has less to do with population density than with “a combination of wealth and closeness to power that gets a city endowed with a public transit system good enough to attract large majorities of workers.”

According to CityLab, in capitals like Lisbon and Dublin, less than 30 percent of commuters use public transit, but a smaller cities like Vienna 74 percent of commuters use public transit. In the 1950s, Europe also spent much more money preserving its systems, whereas America demolished them and invested in highways (though Cervero notes that suburbs of cities like London and Paris are less transit-centric).

How to meaningfully improve public transportation

Although 2018 birthed some new transit projects in the US, including a high-speed rail line from New Haven to Hartford, Connecticut, and the TEXRail, which will travel from downtown Fort Worth to DFW Airport, major improvement is unlikely without changes at the policy level.

Walker says the way to get more ridership is to provide service so people understand how it works and what they are investing in. “I’m not saying Americans are stupid,” he says. “It’s understandable, considering there is so much less transit, that they don’t get it.”

But Cervero says it has more to do with the economy. He believes a rise in gas prices, or “auto disincentives,” would drive up ridership more than creating more mass transit. This could look like the low-emissions zone in London, where cars are charged a fee for driving in a select area in order to limit pollution and traffic. There could also be a limit to how much car ownership growth is allowed per year, like in Singapore. Cervero suggests that even those who support investing in public transit don’t always walk the walk (or ride the ride?), and rarely is investment in public transit an effective political bargaining chip.

“You ask the typical liberal on the street and they are pro-public transit, but when push comes to shove, the money generally doesn’t end up there,” he says. “They would like to see more public transit to clean the air and decongest the roads and help the poor, but when it comes to trip-to-trip decision-making, most people weigh the choices and just end up driving.”