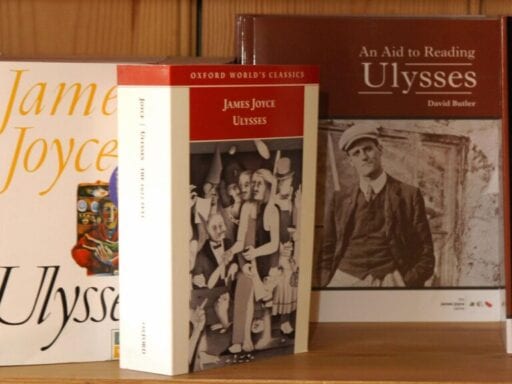 Here we are in miraculous May, which made a rather gray and chilly debut where I am. For my money, that makes it a perfect time to read about Greek literature and murder, so over at the Vox Book Club, we’ve started to make our way through The Secret History. Come hang! You can sign up to receive updates on the book club here.

In the meantime, the rest of the internet has been brewing up a storm of #content writing and thinking about books. Here is the best online writing on books and related subjects for the week of May 3, 2020.

What is North Korean literature, as read by North Koreans? One of the few English translations of a novel from Pyongyang — “Friend,” by Paek Nam-nyong, originally published in 1988 — offers a beguiling introduction to the everyday, with none of the rockets and military parades that the words “North Korea” often bring to mind. As recent coverage of the health and whereabouts of the nation’s leader, Kim Jong-un, reminds us, fiction may offer more durable truths than speculative news.

To many women, Lindell argues, reading seemed like a justifiable form of leisure. It was more affordable than radio and more accessible than a movie theater. Some women read to their children, and families studied the Bible together. But female readers reported that they read largely because it was fun.

“Those whose lives are the most humdrum may feel themselves lifted out of the ordinary into a more joyous phase of living,” one wrote.

“A Sign for a Sparrow,” set 150 years after the Atomic Age, opens on the radioactive wasteland of a flickering-green Earth. The main character, a cryptologist, receives orders to leave his young family and join an expedition through time and space in search of an inhabitable planet. Before departure, he pauses: “If he looked directly upwards, he could no longer see the green flickering, only the dark chasm of sky and the pulses of stars and the steady glow of planets. ‘O God, if you are,’ he begged silently, ‘care for us, be great enough to comprehend the small, do not forget thy sparrows.’”

Amazon’s messaging has been urgent that they are prioritizing this issue and putting massive efforts into warehouse safety. I actually believe this: I have heard detailed descriptions from people I trust of the intense work and huge investments. Good for them; and let’s grant that you don’t turn a supertanker on a dime.

But I believe the worker testimony too. And at the end of the day, the big problem isn’t the specifics of Covid-19 response. It’s that Amazon treats the humans in the warehouses as fungible units of pick-and-pack potential.

Nicholson Baker’s miraculous “The Mezzanine” is among the great toast novels in our literature. His narrator instructs readers to cut toast diagonally instead of straight across because “the corner of a triangularly cut slice gave you an ideal first bite.”

Conversely, if you made the mistake of cutting your toast rectangularly, “you had to angle the shape into your mouth, as you angle a big dresser through a hall doorway.”

Pre-virus, I treated book-buying as a wine collector might think of his clarets – to be laid down; I would see whether both they and I aged well or not, what the reviews said ten and twenty years after they were fermented. Now, it’s time to uncork that Château Margaux and pull that Guns of August from the shelf.

When I started reading The Circle though (well beyond a week after it was published), the thing that induced a feeling of mild nausea in me as I read was not the ways in which that novel’s depiction of an ur-tech company (a kind of combined Facebook and Google) already felt dated. It was, instead, a feeling of familiar dread that grew into a deeper aversion as I read, a sense that I already know how glib, superficial, and exploitative that world is and don’t need or want to be reminded of that. And a sense that this is decidedly not what I go to fiction for.

I started talking about The Hills, firstly, because, as I mentioned, the theme tune comes to mind when I’m asked about autofiction, which I recently was, yet again (“Staring at the blank page before you / Open up the dirty window / Let the sun illuminate…”), but also to demonstrate how it so casually and unapologetically did something the world of contemporary literature is struggling to get its head around, even now. In an age when the artists, the leading intellectuals, the people who are supposed to be at the forefront of avant-garde thought and experimentalism, whatever the hell that might be these days (sitting in a large room and holding eye-contact with people? Not using full stops? Taking drugs?), are clamouring about definitions between fiction, autofiction, and fact, The Hills managed to blur the lines entirely between fact and fiction, and to do so in a way that proved genuinely exciting, without having to have endless debates over what it actually was.