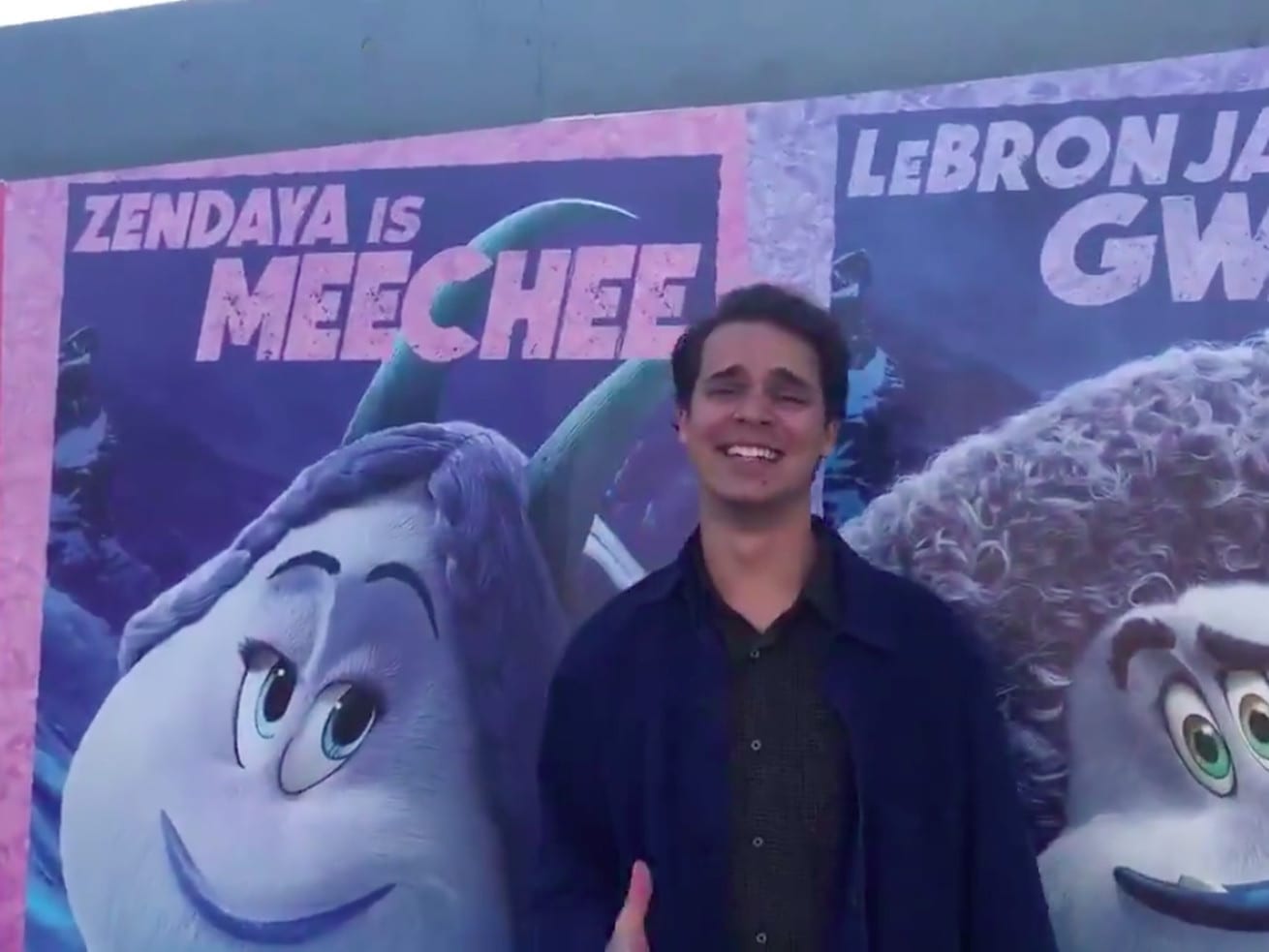 This viral pop meme and its exuberant whimsy are the best thing to happen to Smallfoot.

Maybe it was the combination of all those colorful, kid-friendly movie posters against the backdrop of a bright blue sky and a warm easy-listening soundtrack. Maybe it was Gabriel Gundacker’s pure sincerity as he somehow channeled a whimsical combination of James Marsden, Noah Centineo, and that one neighbor of yours who never leaves home without a skateboard. Or maybe it was the sheer magic of the refrain, as if the words themselves contained an untapped power to elevate the consciousness: Zendaya is Meechee.

Whatever it was, Gundacker, a former Vine creator best known for writing good fake Wii soundtracks for silly fake Wii sports, instantly created the meme of the moment with his 47-second viral hit song:

Gundacker is singing about the upcoming animated film Smallfoot, about a clan of Yetis in search of proof that humans exist. Early reviews of the movie (which comes out this Friday) suggest it’s a fairly middling effort, but Gundacker has homed in on the essence of its marketing appeal: big-name actors playing ridiculously named characters.

As a veteran internet comedian, Gundacker clearly knows his craft. The song doesn’t just rest on the merits of Zendaya playing Meechee — no, Smallfoot’s cast yields a litany of nonsensical Yeti names for him to play with, including LeBron James as “Gwangi” and Danny DeVito as “Dorgle.” (Seriously, person who came up with the name “Dorgle,” millions dream of having your job, stop phoning it in.)

This is a familiar marketing gimmick, and it works. In the era of celebrity voice actors, how you bill the actor is just as important as having them to begin with. For example: The Emoji Movie cast Sir Patrick Stewart as Poop to double down on the thematic joke of trying to dress up a turd. The presentation is crucial, too: You announce the celebrity, like so:

Of course, most of these character names sound more or less normal; it’s the combination of the familiar name with the Dadaist jangle of Smallfoot’s character list that’s truly inspired: Gwangi, Meechee, Kolka (Gina Rodriguez is Kolka).

You’ll note that Gundacker’s song skips over James Corden, who plays the boringly named Percy, and Yara Shahidi, who plays the lackluster Brenda — both human characters and therefore not deserving of a silly Yeti name like Dorgle. They don’t fit the meme, which is all about rejoicing because lo, our beloved stars have humbled themselves to play these abominable snowmen with their abominable snownames. And they’ve done all of this for us!

Okay, for the paycheck and for us.

Zendaya loved Gundacker’s meme, and so did everyone else, including Danny DeVito (he’s Dorgle) who retweeted it.

It’s going to be so confusing in 20 years when people are watching The Making Of His Dark Materials and in every shot of Lee Scoresby, he’s singing “Zendaya is Meechee…”

Zendaya is Meechee have 4.7 million views but only 109K likes, which leads me to believe everyone who liked it has watched it at least 43 times, which tracks. pic.twitter.com/XwINHZoxqs

And within hours of “Zendaya Is Meechee” storming Twitter, there were already covers and variants:

This is yet another of many recent examples of memes going viral in part because they’re wholesome, silly, and fun, with no political agenda — just the thing we need to get us through these dark political times.

Gundacker seems to realize this, too, which is why the expanded Soundcloud version of “Zendaya Is Meechee” includes a lighthearted verse that basically says, “Let this song help you feel better about life.”

Of course, the ultimate winner here is Warner Bros., which will be raking in the profits next weekend from people who are now planning to see the movie because of the meme. But this song is so peppy, and Gundacker’s enthusiasm for the cast so infectious, that maybe just this once, we’ll let capitalism defeat us. After all: Zendaya is Meechee.

“These Media Posts will serve as notification”: Trump’s dangerous Iran tweets, briefly explained
Paul Ryan’s pathetic excuse for not challenging Trump on trade, explained
Mike Pence will attend Biden’s inauguration. Trump will not.
Want to save Social Security? Let in more immigrants.
Beyond Meat and Pepsi are teaming up to make plant-based snacks and drinks
Vox Sentences: Pardon me?